The Serpent: Where Is the Real Life Marie-Andree Leclerc Now? 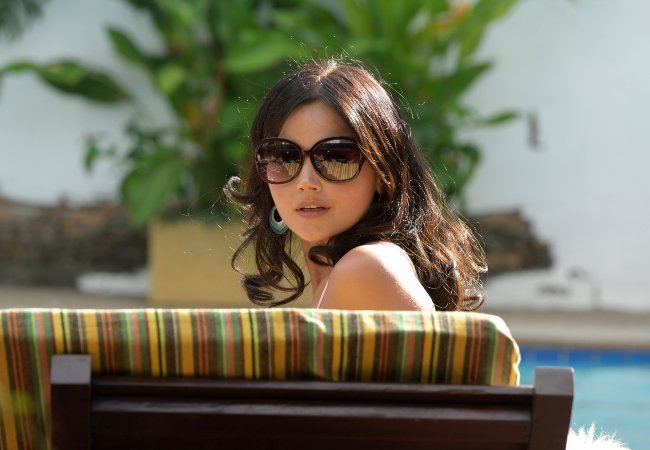 Marie-Andrée Leclerc was the girlfriend of notorious convicted murderer Charles Sobhraj, also known as “the Bikini Killer” — or “The Serpent,” which is where BBC One’s drama series based on his life, now streaming on Netflix, gets its name.
Leclerc, played by Jenna Coleman, was traveling away from her home in Quebec when she first met Sobhraj in 1975. After exchanging love letters by mail for three months, they decided to meet up again in Bangkok, Thailand, according to Cosmopolitan. Soon, she got caught up in Sobhraj’s world of nefarious acts, during which they assumed the fake names “Monique” and “Alain Gautier” to conceal their identities, as the series explains.
In 1976, Sobhraj and Leclerc were arrested in New Delhi, India after drugging a group of French students, according to the Radio Times. The pair were arrested, and Leclerc was put on trial for the murders of two men named Jean-Luc Solomon and Avoni Jacob. She acquitted of Solomon’s death but was convicted of Jacob’s murder in 1980, according to Esquire.
However, she appealed the conviction and was released from prison on the condition that she could never leave India. But after she was diagnosed with cancer in 1983, she was allowed to return home to Canada, where she died in 1984, Esquire added.
Also Read: Inside Cypress Cove, the Nude Resort Featured in Netflix’s Worn Stories
Sobhraj was also jailed in 1976 and ended up spending 20 years in an Indian prison. He was freed in 1997 and spent some time in Paris giving interviews and enjoying his infamy — until he was captured again in 2003 after returning to Nepal, where there was still an active warrant for his arrest, according to Esquire. In 2004, he was convicted of murdering American backpacker Connie Jo Broznich and sentenced to life in prison, where he remains to this day. In 2010, the United Nations tacked on a second life sentence for the murder of Broznich’s traveling partner, Laurent Carrier, the outlet added. 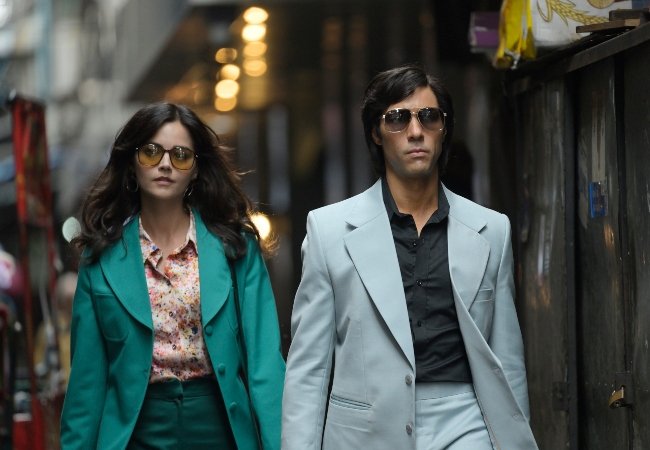 Jenna Coleman as Marie-Andrée Leclerc and Tahar Rahim as Charles Sobhraj in The Serpent, courtesy of Netflix

Leclerc always denied knowing about Sobhraj’s murders, according to the Sun.
The TV series portrays her as a glamorous and sometimes willing accomplice, but the real-life Nadine Gires — she was played by Mathilde Warnier in the series — told the Mirror that during the time she spent as a friend to Leclerc, Leclerc seemed like just another person trapped in Sobhraj’s web, against her will.
Also Read: How Mank Production Designer Don Burt Recreated Hearst Castle Without Visiting It
“I felt sorry for Marie-Andrée because she was a sad and simple person, not the movie star we see in the series,” Gires said. “And she was Charles’ prisoner. She told me, ‘I have no passport, no money and if I try to leave he will kill me.'”
Coleman also cast some doubt on whether the real-life Leclerc was as cold-hearted as her TV character.
“I think the [question of] ‘is she a victim or is she not,’ how much of her was brainwashed, how much of it was a choice to be there and a choice to live in the delusion — I think that’s what’s really interesting, to make the choices that she made in keeping this reality in a way that she could … [keep] being with Charles,” she told the Radio Times.
According to the Guardian, the real Leclerc wrote from her prison cell: “I swore to myself to try all means to make him love me, but little by little I became his slave.”
The Serpent is now streaming on Netflix. Main Image: Jenna Coleman as Marie-Andrée Leclerc in The Serpent, courtesy of Netflix.
Continue Reading
Advertisement
Related Topics:Bangkok, BBC, Bikini Killer, Charles Sobhraj, India, Marie-Andrée Leclerc, Netflix, thailand, The Serpent

The Serpent: Where Is the Real Life Marie-Andree Leclerc Now?
Ken Burns Rejects 'Toxic Cesspool' of the Internet: 'We're Interested in Deep Dives'