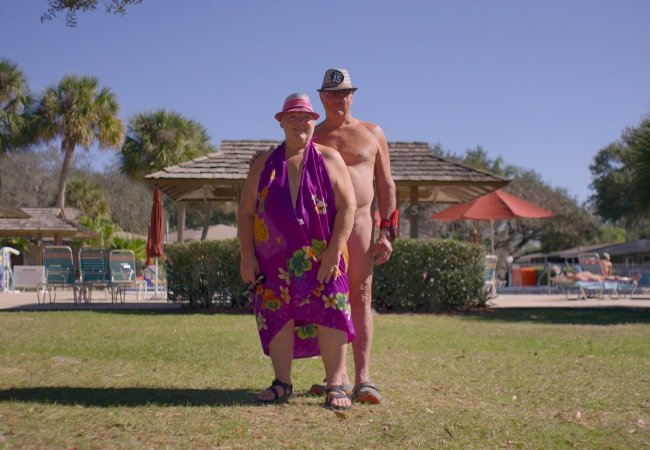 Dan Whicker knew that he wanted to be a nudist after he saw an old man taking care of his wife by the pool during his first visit to a nudist resort.

“I was walking around and getting used to it, and I came upon the pool area and I saw a little old man physically carrying his little old wife into the pool area and laying her down on a lounge and setting her little oxygen tank that she was on next to her,” Whicker, director of sales and marketing at Florida’s Cypress Cove nudist resort, told MovieMaker.

“They’re both completely naked — they must have been in their eighties. He set her up on the lounge in the sun, made sure that she was okay. It was the most caring, loving thing that I had ever seen. And they were nude and didn’t care, and I thought, you know, this is a real thing. This can be done.”

Whicker, 53, has been a nudist for 10 years now, and the former executive director of the American Association for Nude Recreation couldn’t be happier to see Cypress Cove featured in Netflix’s fashion docuseries Worn Stories, which is executive produced by Orange Is the New Black‘s Jenji Kohan and based on the book by Emily Spivack.

Family-owned since it opened its doors in 1964, the 300-acre Cypress Cove resort includes a lake, multiple restaurants, 84 hotel rooms, and an RV park. It’s home to about 500 year-round residents in addition to accommodating the many vacationers who enjoy dipping their toes into the nudist lifestyle.

“You’re getting a very accurate portrayal of what nudism is all about and what life at a nudist resort is like,” Whicker said of the docuseries. “Our little stars that were on the screen there, Paul and Diane and Niecy, did such a great job explaining why how they got into it, why they did, what it means to them.”

As Diane, who lives at Cypress Cove year-round with her husband, put it Worn Stories: “I hate clothes. They’re terrible. It’s so much better being totally naked.”

Niecey, a fellow nudist, yoga teacher and model, said in the docuseries, “I don’t feel like I need clothes. The comfort level with being naked is what nudism is to me.” 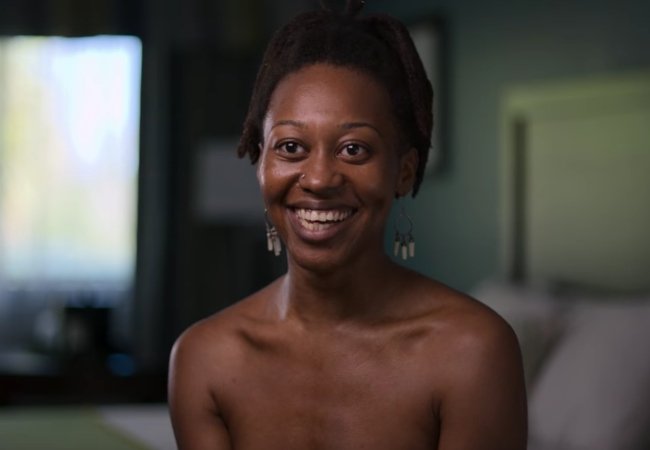 Whicker says that nudism is “just about being able to be free.”

“There’s just a freeing of the mind, the body, the spirit when you are able to take off your costumes, take off the barriers, take off the baggage, and kind of just expose yourself in the most open way,” he said. “A place like Cypress Cove exists to be able to give people that outlet, a nice place to go — a safe place to go — where they can recreate and socialize au natural and not have to worry about being in trouble, not have to worry about what people are thinking. Because everyone is here for the same reason. It’s a non-judgmental environment. Once people actually dive in and try it, they realize that nobody cares. No one’s looking at you. No one is judging you. You’re free to be who you are.”

Still, there are some stereotypes about nudism that Whicker wanted to dispel. First of all, in the nudist community, places like Cypress Cove are referred to as a “nudist community” or a “nudist resort” — terms like “nudist colony” are considered antiquated and are no longer used.

Second of all, nudism is not about sex — in fact, it’s just the opposite.

“We receive messages, either unintentionally from our parents or from friends or from the media, from entertainment, that associate nudity with sex,” he said. “I just felt that there was something missing in that sort of narrative. I didn’t want to look at the opposite sex with always a feeling of judgment on what looks the best… you can look at people like they’re human beings and not just sex objects or pieces of meat.”

Worn Stories is now streaming on Netflix. Main image: Diane and Paul in episode one of Worn Stories, courtesy of Netflix.

David Fincher: ‘Perfectionism Is a Term That’s Thrown About Mostly by People Who Are Lazy’
Godzilla vs. Kong Director Wants His Face/Off Sequel to Feel ‘Like a Lost John Woo Film’