The Rundown: How Stacey Abrams Did It; Nolan’s Odd Habit; ‘the Audience Are Perverts’ 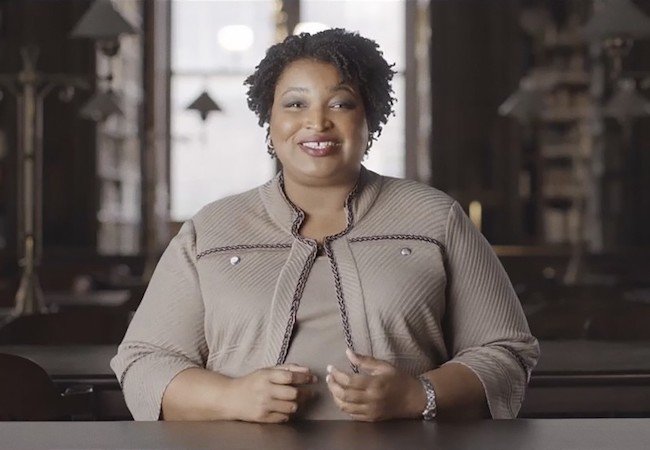 In today’s Movie News: A new documentary shows how Stacey Abrams helped accomplish what’s happening in Georgia; Christopher Nolan has some things backwards, and there are huge opportunities out there for horror filmmakers because “the audience are perverts.”

Nalon Rehpotsirhc: Tom Shone’s terrific new book The Nolan Variations includes the detail that Christopher Nolan, creator of backward narratives like Memento, likes to read menus and magazines backwards. Of course he does.

How She Did It: If Georgia turns out to be decisive in the ballot counting you may have heard about, much of the credit goes to former lawmaker Stacey Abrams, crucial to the state’s get-out-the-vote campaign. Liz Gabrus and Lisa Cortés’ film All In: The Fight for Democracy followed her fight. It’s streaming on Amazon Prime, and here’s the trailer:

The Horror: The Verge observes that horror, once disrespected and dismissed, is becoming a year-round economic force, and uses the case of Jason Blum’s Blumhouse Productions to illustrate the point.

‘The Audience Are Perverts’: Wolf of Snow Hollow director also advises that horror may be the best way in for beginning filmmakers who promote their work online, because “the audience are perverts” who reward audacious films that revel in extremities and bypass studio notes. “With giant studios, they’re always trying to shift the film…  toward sanitized filmmaking. Whereas with horror films, if you cut someone’s head off, and it’s more bloody, the audience are perverts — and so you will win the attention of that crowd way better than studios will.” Here’s more from Jim Cummings on the specifics of how to break in:

Possessor: The Brandon Cronenberg horror/sci-fi thriller, about a woman who takes over others’ bodies to carry out assassinations, is available on-demand today. Cronenberg talked to Eric Steuer for MovieMaker Interviews about how doing interviews helped inspire the film, and the real-life remote-control bull technology referenced in the film. Listen on Apple or Spotify or here:

Witches Apology: Anne Hathaway is apologizing for playing a witch with two-fingered hands in the new HBO Max Robert Zemeckis film The Witches. “I have recently learned that many people with limb differences, especially children, are in pain because of the portrayal of the Grand High Witch in The Witches,’” Hathaway posted on Instagram. ” “Let me begin by saying I do my best to be sensitive to the feelings and experiences of others not out of some scrambling PC fear, but because not hurting others seems like a basic level of decency we should all be striving for.” You can read the whole apology here.

Have a wonderful weekend!