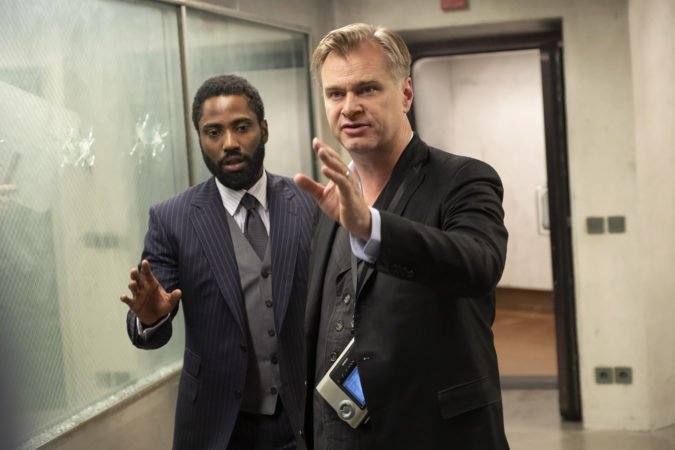 The Nolan Variations includes a Christopher Nolan anecdote that seems too good to be true about the director of the time-reversal films Memento and Tenet: He likes to read menus, magazines, and other things backwards.

The excellent new book by Tom Shone includes his recollection of meeting Nolan for the first time at Canter’s Deli in Los Angeles, 20 years ago, when Memento was about to be released. Shone writes that when Nolan picked up his menu, “I couldn’t help but notice that he leafed through it backward.”

You can probably see where this is going: Memento, starring Guy Pearce, is about a man with a very short-term memory, and the film unfolds in reverse order as he tries to solve the mystery of who killed his wife. Shone inquired about a possible connection between Nolan’s backwards reading and the film.

“He was left-handed, he said, and always leafed through magazines and such from back to front,” Shone writes. “I wondered if this had anything to do with the structure of his film, which plays its scenes in reverse order. He told me I may have hit on something, explaining that he had long been fascinated by notions of symmetry, mirroring, and inversion.”

Fans who’ve seen Tenet, or at least its trailer, know that the latest Christopher Nolan film also involves traveling backwards through time. In fact, the word “inversion” — the same word Nolan used in that conversation in 2000 — is central to Tenet.

It all started with Memento. Pearce discussed his initial bafflement at the scrip in a GQ video interview earlier this year.

“Once it all made sense to me, I then had to put it all away and let it all go and just treat every scene as its own little thing because I wasn’t supposed to remember what had happened before and obviously had no clue what was coming afterwards,”

All of Nolan’s films non-Batman since Memento — notably Interstellar and Inception — play with the idea of cheating time, whether by elongating or collapsing our conception of it.

Shone, who has also written celebrated books about the films of Martin Scorsese and Woody Allen, is the first journalist to convince Nolan to speak at length about his films. What quickly comes across is how much Nolan sees film as a craft, rather than a way of making personal statements. He creates his multilayered explorations of time in part as a commentary on film — a medium that manipulates and transcends time to tell stories, and then collapses audiences’ sense of time as we revisit films from decades ago and feel nostalgia, closeness or detachment from the eras in which the films take place or were released. 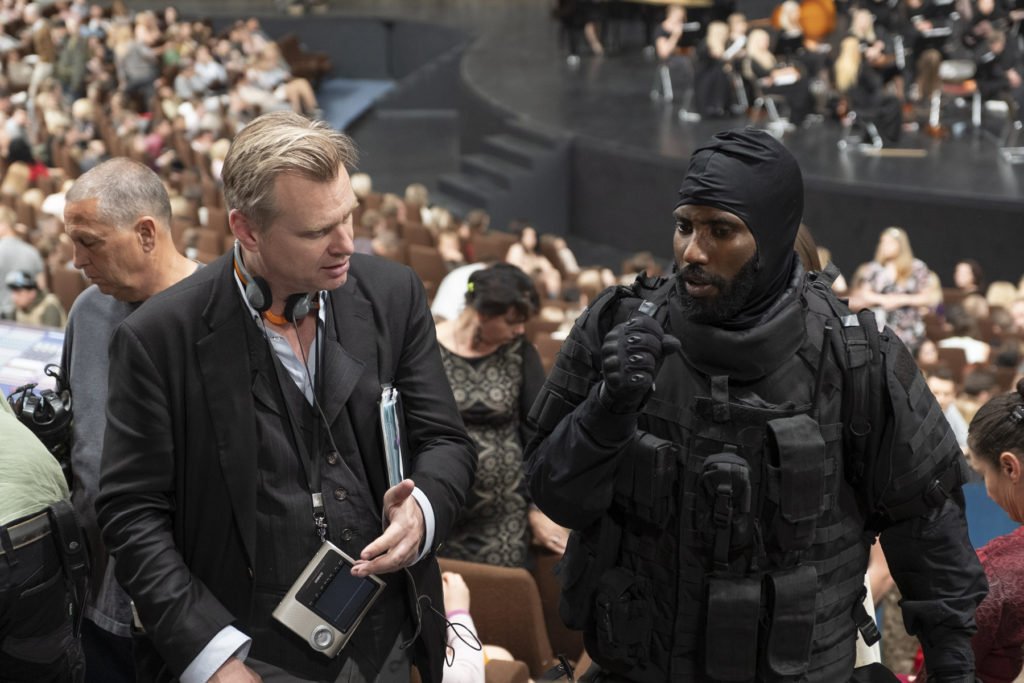 Christopher Nolan and John David Washington on the set of Tenet. The new book The Nolan Variations, by Tom Shone, includes the detail that Nolan, who is left-handed, likes to thumb through and read menus and magazines backwards. Photos courtesy of Warner Bros.

Shone writes that Nolan initially resisted sitting down to talk about his body of work, feeling that he hadn’t yet completed enough films. But he relented after the release of Dunkirk, taking part in a series of conversations over three years as Nolan worked on the film that became Tenet.

“This is the book for which Christopher Nolan’s many admirers have long been waiting, Library Journal wrote in a starred review. “For the foreseeable future, this is the definitive word on Nolan and a must for film buffs.”

You can click here to buy Tom Shone’s The Nolan Variations: The Movies, Mysteries and Marvels of Christopher Nolan. The link also includes an audio excerpt from the book, which is best read forwards.

Joe Biden’s Favorite Movie Is About Tight Races
Silence of the Lambs House Where Buffalo Bill Lived Is on Sale. Here’s a Tour