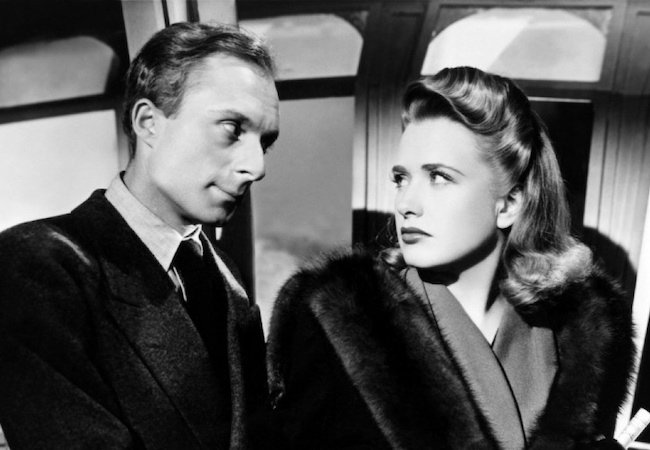 “Hi, I’m in Delaware”: There aren’t a lot of movies set in the home state of our new president, Joe Biden. But Delaware is the setting for a couple of the coolest ever made. Here are five films set in Delaware.

Happy Birthday Norman Lloyd! The actor, who has worked with everyone from Orson Welles to Martin Scorsese to Judd Apatow in his nearly 100-year-career, turned 106 Sunday. A 1942 Hollywood Magazine article noted that Lloyd became a stage actor at 7, and came to Hollywood in 1939 while one of Welles’ Mercury players. He didn’t break through onscreen until Alfred Hitchcock’s 1942 Saboteur (pictured), when the magazine said he had a “mighty promising” career. Good prediction. His most recent role was in 2015’s Trainwreck. Lloyd was married to his wife, actress Peggy Lloyd, for 75 years. She died in 2011 at age 98.

Jurassic World: Dominion Wraps: The film, “which required 40,000 COVID tests, millions of dollars spent on protocols, and for cast and key crew to isolate in a bubble for months,” according to Deadline, is complete.

Ken Burns: 60 Minutes had a terrific interview last night with the documentarian about his films about America. (Or as Burns explains, about the U.S., and us.) Burns says his films, and American history, are almost all about the fight for racial equality. “You can count on one hand the number of films that don’t end up dealing with race,” Burns says. He also says his upcoming subjects include Muhammad Ali, the American Revolution, and the buffalo. You can watch here (note that some wiseacre used the “Ken Burns” effect on the main image):

Depp Out: “I wish to let you know that I have been asked to resign by Warner Bros. from my role as Grindelwald in Fantastic Beasts and I have respected and agreed to that request,” Johnny Depp wrote Friday, days after losing his libel suit against The Sun, a British tabloid, over a headline that called him a “wife beater.” The role will be recast.

Another Transformation: Comedian, Saturday Night Live veteran and ridiculously good impersonator Jeff Richards has a very funny, mindbending show where he uses deepfakes to mimic celebrities interviewing other celebrities. Here’s the Robert Downey Jr. episode. I honestly have no idea if Jeff-as-Downey is interviewing Alec Baldwin or this is edited together from another Baldwin video or what. At the 15:30 mark he does Downey doing Baldwin and the Baldwin does Downey.