The Red Pill: The Fight to Save a Matrix Metaphor From the Alt-Right 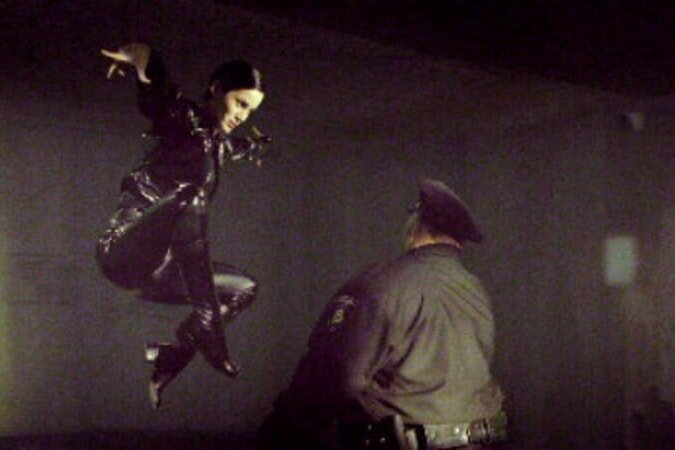 Novelist Julian Barnes once wrote, “Art belongs to everybody and nobody.” That’s been the blessing and curse of the Wachowski sisters, who introduced “the red pill” in The Matrix as a symbol of personal liberation from oppression, and now find themselves defending it from alt-right appropriation.

Lilly and Lana Wachowski, who co-wrote and directed The Matrix, are transgender women who have criticized those who use the film’s “red pill” metaphor to push hardline conservatism. With a fourth Matrix film due next year, their fight isn’t over.

Of course, The Matrix‘s popularity with a wide array of people, of all political backgrounds, has prevented the alt-right from co-opting it fully. It still belongs to everyone. But online right-wingers are trying to corrupt it like they have so many other elements of pop culture.

In the first film in the saga, protagonist Neo (Keanu Reeves) is offered a blue pill that will return him to his mundane life inside the machine known as “The Matrix.” Taking a red pill, meanwhile, will awaken Neo to the fact that humankind inhabits a world ruled by artificial intelligence.

Many online right-wingers deploy red pill symbolism to depict often bigoted beliefs as the only true way to view humanity.

The film’s original intent was anything but conservative. Lilly Wachowski recently told The Hollywood Reporter that The Matrix — which was conceived and released before her transition — was a manifestation of “bubbling, seething rage within me… about my own oppression, that I [was forcing] myself to remain in the closet.”

And Lilly Wachowski is giving zero ground to anyone glibly appropriating her creation.

The co-opting continues an alt-right tradition of trying to normalize extreme ideas through pop culture references.

Feels Good Man, a new documentary from Arthur Jones, dissects the far-right’s use of popular culture and memes to spread fringe conservatism. The film follows cartoonist Matt Furie, who created the popular meme “Pepe the Frog.” His popular and once-innocent creation was co-opted into a symbol of racism. He eventually killed off the character in disgust.

Also Read: Everything You Need to Know About HBO Max — Including Why It’s Not Available on Roku or Amazon Fire TV

According to Jones, the alt-right’s message is easier to consume when it comes packaged in an unassuming and popular visual medium. On the internet, that of course means memes.

“It’s like trying to mainstream a pretty fringe idea; so these memes are able to do it in a very complicated way, in a way that seems relatively innocent, relatively benign, but very recognizable,” Jones said.

If an indie cartoon character as as simple and apolitical as Pepe the Frog can be made into an agent of the alt-right, one can only imagine the power of a film as culturally relevant as The Matrix.

The Matrix has a “cultural stickiness,” Jones explains, given its visual nods to everything from sci-fi to martial arts cinema to S&M-inspired outfits. Because the film warns about the dangers of the internet and technology, it is frequently discussed on 4chan and other platforms that are also filled with racism and alt-right extremism.

“All the different various contexts of it fit kind of perfectly into this red pill meme,” Jones said.

Against the wishes of its creators, The Matrix has taken on an entirely different online persona — just like Neo in the series.

Lana Wachowski is returning to direct the fourth Matrix, due in May 2021. Perhaps the new film can reawaken the world to the Wachowskis’ true intent.