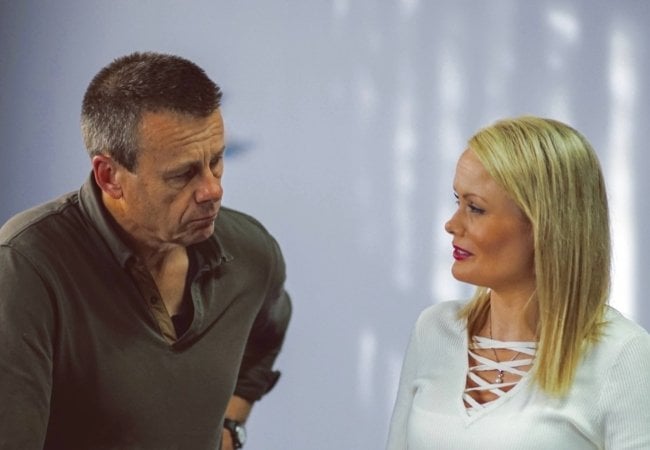 The Meeting tells the true story of a meeting between an Irish woman named Ailbhe Griffith and the man who attacked her at a bus stop in 2005, subjecting her to a violent sexual assault. Griffith stars as herself in the film, which is a play-by-play reenactment of a restorative justice session she had with her attacker after he was released from prison. The goal was to finally get some answers to the questions she’d kept inside for the nine years after the attack.

The Meeting is featured in the sixth annual virtual edition of the Artemis Women in Action Film Festival, which is taking place from now through mid-May. MovieMaker had a conversation with the film’s writer and director, Alan Gilsenan, who worked with Griffith to model the script as closely as possible to the real-life meeting.

Gilsenan asked Griffith to play herself, though he hired actor Terry O’Neil to play Griffith’s attacker, who is identified by the pseudonym Martin Swann in the film.

“I’d always presumed I’d have actors playing the two main characters, but there was something about Ailbhe,” Gilsenan told MovieMaker. “I had even gone as far as to talk to a reasonably famous Irish actress here that claimed the part, and somehow, I just kept coming back to Ailbhe.”

At first, Gilsenan says, he wasn’t sure Griffith would want to relive the experience by shooting the movie, which encompasses the entire meeting from start to finish — awkward silences and all.

“You can re-traumatize any of us by having to relive these things,” he said. “But I gradually realized that that wasn’t the case with Ailbhe.” 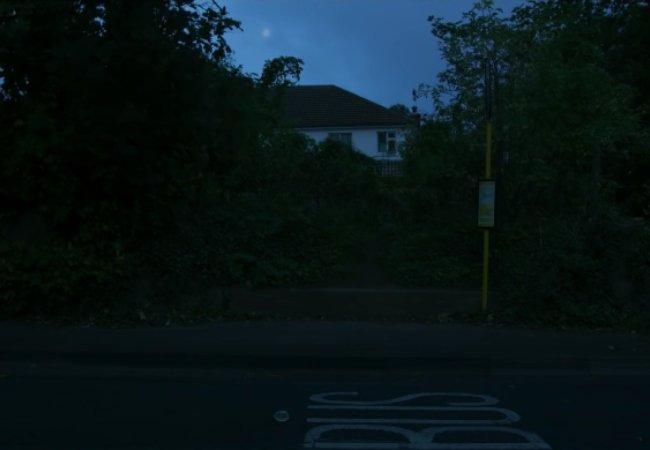 The bus stop where Griffith was attacked in 2005, pictured in The Meeting.

For Gilsenan, the authenticity Griffith brought to the film was irreplaceable.

Ultimately, the reality of having the actual sexual assault survivor playing herself in a movie about her own experience brought just the type of “vérité” that Gilsenan was looking for.

“I knew from a film point of view it was a bit of a risk, but Ailbhe was somebody who really carefully rehearsed what she was going to say in the meeting, so it wasn’t that big a leap to have to do that in the film,” he said.

Griffith explained how it felt to play herself in an interview with The Independent in 2018.

“Just as they were about to start shooting, I met up with Alan and he said to me, what would you think about playing yourself?” she said at the time. “The thought had never crossed my mind, but once he said it, my gut instinct was yeah, that could be really interesting, and you know instinctively I felt that I could bring the authenticity to the film, because the words that you’re hearing are my words, and I was concerned as well that the power of restorative justice wouldn’t come through if it was just somebody acting as that person. So I said yes.”

She continued: “It was an odd feeling, of course, playing yourself and recreating this weird experience. But I was there because I believed in the power of restorative justice. Also, I was re-enacting an amazing day in my life, a very good day, a day I’ll never forget, and the memory of which has basically replaced a bad memory for me. In that room you see someone that originally had a feeling of being disempowered, angry, sad, turn into someone who feels empowered, and was able to let go of anger. So you kind of see humanity restored on both sides, I think.”

You can rent or buy The Meeting here.

Main Image: Ailbhe Griffith as herself in The Meeting.