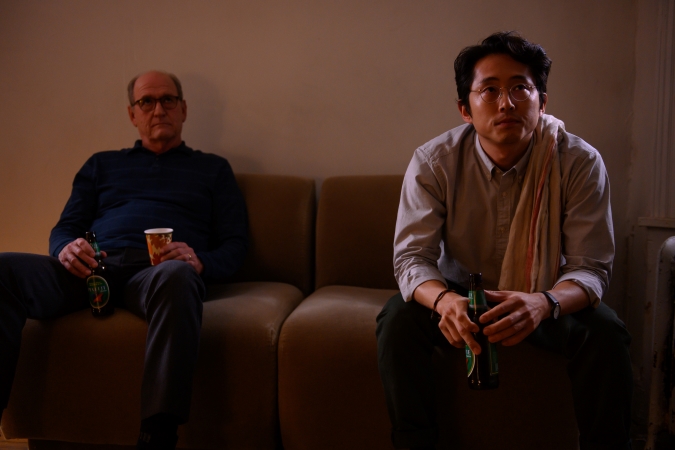 When Stephen Karam was adapting his Tony award-winning play The Humans, he fought the urge to include more technical directional information in the screenplay. Like 1917 co-writer Krysty Wilson-Cairns recently told MovieMaker, Karam understood that a screenplay needed to first and foremost read as a story.

“What I wanted to type was: It’s that thing where you’re on her hand, and you see the family deep in the background. You’re on a long lens. But you can’t do that in a screenplay,” Karam tells MovieMaker.

His solution was to create a separate document where he would drag over film stills and paste YouTube links to film clips. “I kept just dragging in images,” he says.

The story is “so geographically motivated” by this single location, Karam says, his screenplay became “a Clue game board, where you need to know where the ballroom and the library are.” So the straightforward storytelling function of a traditional screenplay was not going to be enough.

For Houdyshell’s character of Deirdre Blake, Karam was inspired by how German moviemaker Rainer Werner Fassbinder framed his actor Brigitte Mira in 1974’s Ali: Fear Eats the Soul. “She’s in this pre-war space and Fassbinder is finding her in doorways.”

So he added images and clips of Ali into the document. 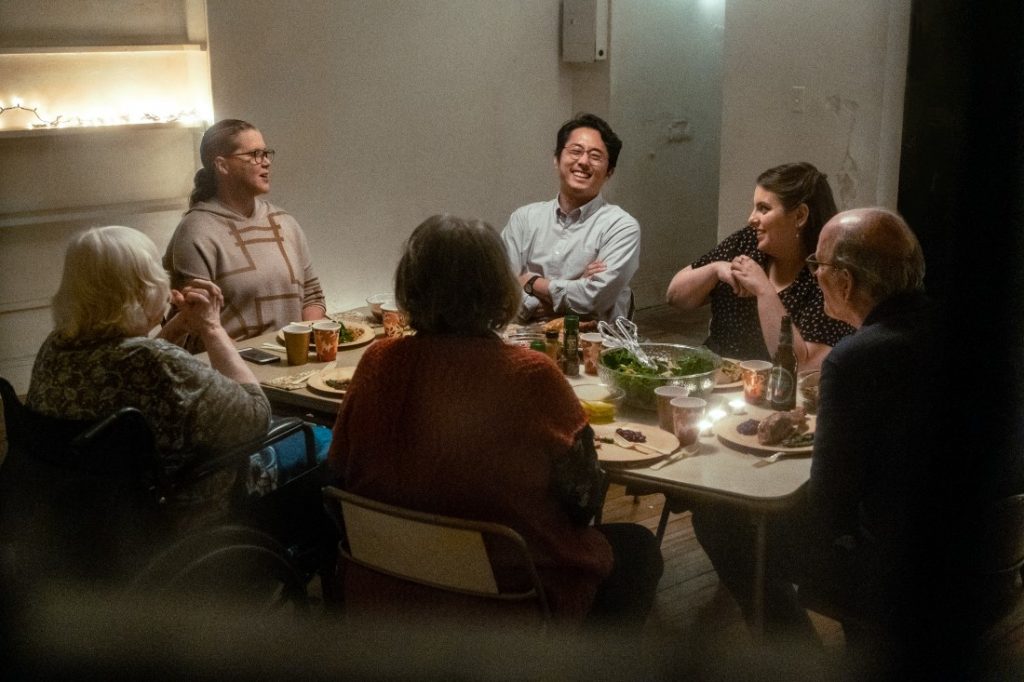 Thanksgiving dinner in The Humans, from writer-director Stephen Karam. Photos courtesy of A24

This wasn’t your traditional pitch deck, however — there was never the intention for it to be used for funding. But that’s exactly how it functioned later.

“It was not built to be a marketing tool. I wasn’t thinking about ever showing it to anyone,” he says. But as it grew, he saw its potential as a “deeper window” into his brain — both for his actors and a studio. “I do think it’s why A24 was able to get behind it,” he says. He had written two screenplays, The Seagull and Speech & Debate, but The Humans is his directorial debut. Karam says this visual document helped clear up a studio’s chief concern for a first-time director: “Do they really see it though?”

For moviemakers looking to craft a similar document, Karam suggests creating something that’s purely for you at first. “If I started off trying to make it too much of a tool, it would have been less useful because I would have imagined other people looking at it,” he says.

“Start with a version that feels like it’s just for you, and that might be more unfiltered in a way that surprises you,” Karam recommends.

“You can always go back and edit it, if it gets to a point where you want to show it to other people. Mine allowed me to combine images that weren’t a neat slideshow. It didn’t look like I was doing a pre-visualization.”

The Humans, written and directed by Stephen Karam, is now in theaters.

Main image: Richard Jenkins and Steven Yeun in The Humans, from writer-director Stephen Karam. Photos courtesy of A24.