The Crown: How Old Was Diana When She Met Charles? 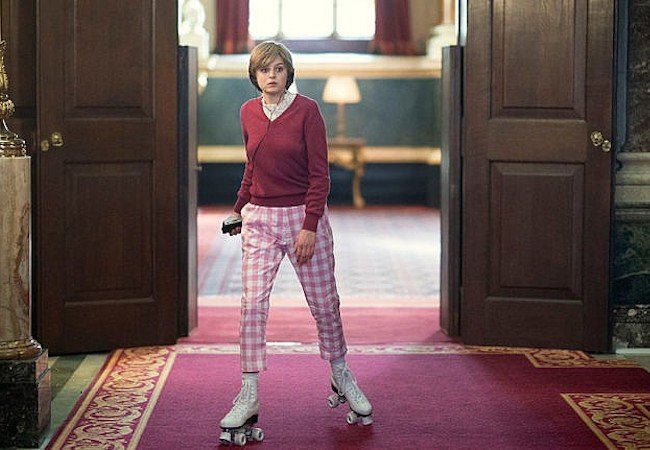 Spoiler Warning: This contains spoilers about The Crown Season 4, specifically about the relationship between Prince Charles and Diana Spencer, the soon-to-be Princess Diana.

Diana Spencer impresses both Prince Charles and the Royal family in a visit to Balmoral Castle on The Crown Season 4, Episode 2, “The Balmoral Test.” But Charles still expresses a big reservation about proposing: “She’s a child.”

The show repeatedly mentions that Diana is a teenager, without saying exactly how old she was when she won over Charles. Was Charles a cradle robber?

Diana (played this season by Emma Corrin) was born in July 1961. The Crown draws from actual events, then dramatizes specific dialogue and scenes based on creator Peter Morgan’s extensive research. The Balmoral Castle visit really did happen, in September 1980, when Diana was 19. Charles (played this season by Josh O’Connor), born in November 1948, was 31 at the time.

So while Diana was not underage, she was, from his perspective, “a child.”

Also Read: The Crown Leaves Out a Charles and Diana Stalking That Foreshadowed Her Death

The Crown also alludes to Diana’s youth when they first met. As Sarah Bradford’s book Diana notes, and The Crown illustrates, Charles first had a relationship with Diana’s older sister. “Sarah was extremely attractive, vital and witty: Prince Charles was amused by her, but not, it seems, physically attracted. Diana later asserted that Sarah had been surprised that he had never tried to go to bed with her,” Bradford writes.

Charles met Diana for the first time at a shoot in Althorp, her family’s estate, in November 1977, when she was 16 and he was 29. She would later recall that she considered herself “a fat, podgy, no-makeup, unsmart lady but I made a lot of noise and he liked that…” Bradford writes that Charles approached Diana after dinner, and that they “had a big dance,” but that Sarah quickly interrupted them.

On The Crown, Charles and Diana meet for the first time at Althorp as he visits Sarah — but the meeting comes as she darts between indoor plants to he won’t see her. She’s wearing her tree costume from a school production of A Midsummer Night’s Dream, including a mask, and they bond over their love of the play. She says she hopes she won’t scare him off from Sarah “by being a mad tree.”

Later, she comforts him after the death of his mentor, Lord Mountbatten, and she reminds him that they’ve met before: “The mad tree!” he recalls.

As The Crown shows, Charles later invited Diana to Balmoral Castle, after his relationship with Sarah ended. The show suggests that at the castle in the Scottish Highlands, the Royals passed their time with silly parlor games, and by hazing outsiders and stalking prey. The discovery that a wounded 14-point stag is nursing its wounds on the grounds upsets any semblance of routine at the start of the episode, and the entire Royal family becomes obsessed with putting it out of its misery.

The show uses this incident to show how Diana bonded with Philip.

But the show leaves out another incident of stalking and prey: Diana: Her True Story — in Her Own Words, by Andrew Morton, says that Diana was “terrified” about behaving correctly at Balmoral. Nonetheless, the book says, she enjoyed a “wonderful” few days, joining Charles for walks or barbecues. But then James Whitaker, a journalist who covered the Royals, spotted them fishing with his binoculars. She told Charles to keep fishing, and spent half an hour hiding behind a tree, using her makeup mirror to spy on Whitaker and two photographers.

The Crown version — Diana hiding behind vegetation when she and Charles first meet — may seem like a nod to this incident.

She finally foiled the press, Morton writes, by escaping with her head covered in a “headscarf and flat cap” — a moment captured in this photo.

But Morton added: “They soon picked up her trail and from then on her private life was effectively over.”

Of course, in 1997, her life would be literally over, and photographers would again be involved: They chased her through Paris, resulting in a fiery crash that ended her life when she was only 36.

The Crown is now streaming on Netflix. Main image, above: Emma Corrin as soon-to-be Princess Diana.

Related Topics:Emma Corrin, how old was Charles when he met Diana, How old was Diana when she met Charles, Josh O'Connor, Prince Charles, Princess Diana, The Crown

The Crown: Margaret Thatcher Shows Us What Trump Might Have Been — With Discipline
The Crown Leaves Out a Charles and Diana Stalking That Foreshadowed Her Death