‘The Cavalry Isn’t Coming’ for Indie Film. So What Do You Do? 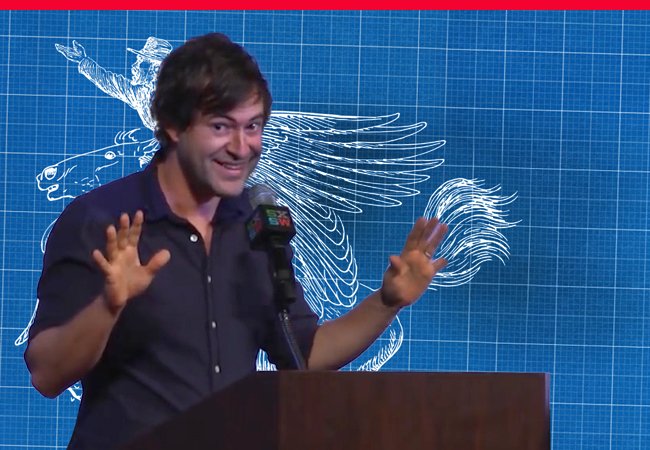 Indie film icon Mark Duplass told a SXSW audience in 2015, “the cavalry isn’t coming” — explaining that it’s dangerous for indie filmmakers to indulge the hope that a wealthy executive will swoop in and give you a million dollars to make your movie.

So what do you do? Duplass advised filmmakers to be their own cavalry. The latest episode of Demystified, from our friends at StudioFest, searches for ways to do that. You can watch here:

StudioFest creators Jess Jacklin and Charles Irving Beale say they learned pretty quickly as filmmakers that festivals won’t always provide aspiring filmmakers a shot at getting their films made. Some are attended by distributors on the hunt for films they can buy and release, especially larger festivals. But others are better for networking and building an audience.

In this episode, Jacklin and Beale talk with DC Shorts director of programming Joe Bilancio about what filmmakers can and should expect from film festivals — including the chance to potentially find new collaborators.

Bilancio says he’s often delighted to see projects originate at DC Shorts, and that directors and screenwriters meet “all the time” through the festival, which will be held online this year from Sept. 10-23 and feature 163 films from 34 countries.

“I watch credits — who watches credits? — I watch credits, and it’s like, oh my, I didn’t realize those two — I wonder if they met here? And then I’ll follow up here and they’re like, yeah, we did,” Bilancio says at the 9:45 mark in the episode.

Beale and Jacklin tell Bilancio on the episode that they wanted to talk with him because DC Shorts provided one of their best festival experiences.

“The experience that you wanted to have as somebody with a film, we actually had at DC Shorts,” Jacklin said. It also led to the opportunity to get one of her films on PBS, and led to a continuing relationship with PBS.

Jacklin and Beale also explain in the episode how the desire to be their own cavalry led them to create their own festival, StudioFest, which is based entirely around matching filmmakers and getting a film made.

Directors submit short films and screenwriters submit scripts to StudioFest, and a panel chooses one director and one screenwriter to work together to complete a film with a $50,000 budget in a year.

Does it work? Yes. At the end of this episode, Jacklin, Beale and Demystified narrator Jake Bowen make a very special announcement about where their first StudioFest film, Souvenirs, will premiere next Friday, Sept. 4.

The event will include a Q&A with Souvenirs director Anna Mikami and writer Matthew Sorvillo.

If all this makes you interested in StudioFest, 2021 submissions will be open soon, and you can learn more about the process here. This year’s in-person event, scheduled for Austin, Texas, has been postponed due to COVID-19.