Introducing Demystified – All the Answers About How to Sell Your Film

Maybe you’ve finished your movie. Maybe you’re just thinking about it. Either way, the new series Demystified, produced by StudioFest and presented by MovieMaker, is here to answer all the questions no one else will about how to sell your film.

Making an indie movie is only the beginning. In Demystified, you’ll follow StudioFest founders Jess Jacklin and Charles Beale and filmmaker Jake Bowen as they look for a distributor for the very first StudioFest feature film, Souvenirs.

As the first episode of Demystified explains, Jacklin and Beale launched StudioFest in 2018 with the goal of finding a writer and director to collaborate on a $50,000 film. Writer Matthew Sorvillo and director Anna Mikami won, and collaborated on Souvenirs. With the film complete, Jacklin, Beale and Bowen headed to the American Film Market in Santa Monica late last year to find someone to release it.

In the first episode of Demystified, they have a series of eye-opening conversations with Glass House Distribution, one of the companies they hope might be interested in releasing Souvenirs.

They get a lot of answers to a lot of questions about how to sell your film. Here are just a few of them, with time stamps:

8:35: Do you need to finish your film before you approach a distributor?

10:00: What genres are most marketable? Can you sell a drama with an unknown cast?

13:30: Should you count “in-kind” contributions toward your budget?

17:23: What’s the etiquette for meeting a distributor?

18:20: How much money can a lower-budget movie with no stars expect to make?

This is only the beginning of Demystified. Future episodes will take you inside the making of StudioFest‘s second production, and all the highs and lows along the way. You can not only watch episodes on YouTube, above, but in podcast form, wherever you listen to podcasts.

You may be wondering: How do I submit to StudioFest? It so happens that applications are open now. The festival is seeking both writers and directors, and one writer and one director are paired up each year.

StudioFest started in the Catskills region of New York before moving to Ojai last year, and this year travels to Austin.

The winners of last year’s StudioFest, director Ryan Oksenberg and writer Lowam Eyasu, are in preproduction on their feature alongside festival founders/producers Jess Jacklin and Charles Beale.

Oksenberg’s winning film was a darkly comic twist on the typical zombie movie. Eyasu won with a scene from a script about a complicated family dynamic. 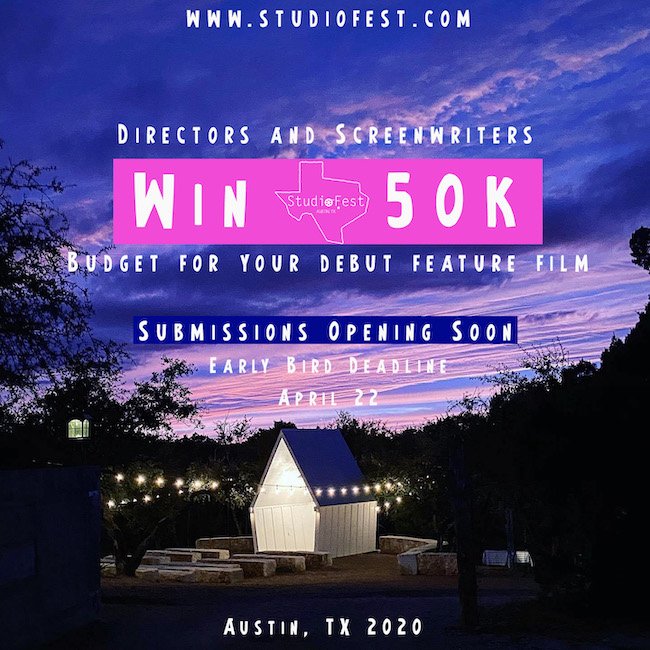