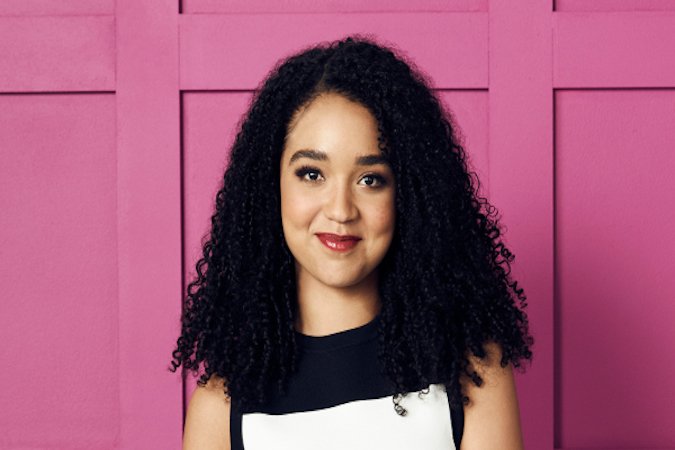 The Bold Type star Aisha Dee took to Instagram to say insufficient diversity in the show’s writers’ room raises questions about its ability to tell marginalized groups’ stories. “The diversity we see in front of the camera needs to be reflected in the diversity of the creative team behind the camera,” Dee wrote.

The Freeform show, which concluded its fourth season Thursday, centers around the friendship of three young women in New York City. They work at Scarlet Magazine, a fictional women’s magazine akin to Cosmopolitan that covers subjects such as female sexuality, conversion therapy and gun rights. The women’s work and personal lives often overlap.

Dee plays Kat Stevens, a biracial, bisexual activist dedicated to speaking out against injustices, whether by advocating to keep the last gay-owned bar in New York open or running for city council to influence policy at the local-level.

“I’m ready to take a cue from my girl Kat. What would Kat do?” Dee wrote on Instagram. “She would take a stand and advocate for herself and all other marginalized voices to influence change.”

Dee wrote that “it took two seasons to get a single BIPOC in the writers’ room” and that in four seasons (48 episodes), the show has had only one Black woman director, who directed two episodes. She also said that the show portrayed the love story of a queer Black woman and a lesbian Muslim women without any LGBTQ Black or Muslim writers in the room.

In a statement to MovieMaker, the producers of The Bold Type, Freeform and Universal Television responded: “We applaud Aisha for raising her hand and starting conversations around these important issues. We look forward to continuing that dialogue and enacting positive change. Our goal on The Bold Type is and has always been to tell entertaining, authentic stories that are representative of the world that Kat, Jane and Sutton live in — we can only do that if we listen.”

She also said the lack of representation results in an inconsistent “level of care, nuance and development that has gone into the stories centering white hetero characters.”

“We cannot bring specificity and honesty to experiences we have not lived,” Dee stated, “And when there is a lack of representation, the way marginalized characters are treated is even more important because they have the potential to empower or perpetuate damaging stereotypes that have a lasting and real effect on people.”

On the show, after illegally releasing documents that reveal one of the Scarlet’s board members financially supports conversion therapy, Kat is fired from her job and begins bartending at a female social club. The board member’s daughter, Ava, is a privileged conservative woman and a member at the club, and the two connect romantically.

Dee expressed that decision “felt confusing” and “out of character.” “It was heartbreaking to watch Kat’s story turn into a redemption story for someone who is complicit in the oppression of so many,” Dee said.

HuffPost writer Zeba Blay also critiqued this relationship last week, noting how this decision “couldn’t have come at a worst time,” given the current political climate. “The messaging that Kat’s arc is sending is that many of the things people are fighting against right now — white supremacy, the exploitation of working-class and poor people, transphobia and homophobia, and anti-immigrant rhetoric and policies to name a few — are merely differences of opinion, worth agreeing-to-disagree over in the name of romance,” Blay wrote.

Dee said that she has had conversations with writers, producers and executives at Freeform and Universal TV and hopes the team takes this moment as an opportunity to “practice the things The Bold Type teaches.”

“I’m hopeful we will have the opportunity to tell more authentic stories by hiring, promoting and listening to diverse voices across the entire production,” Dee concluded.