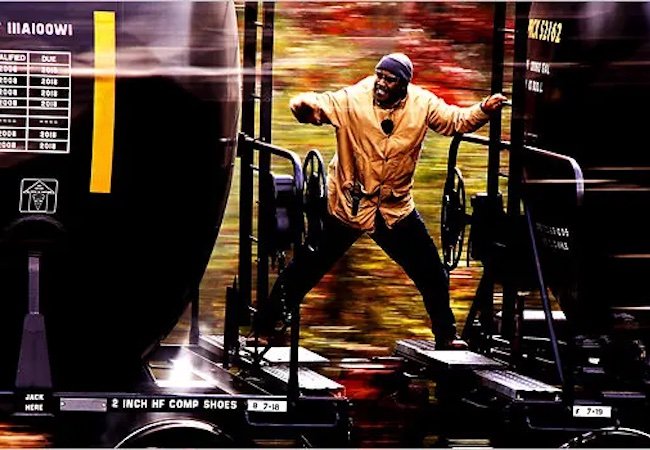 Get Discovered: Coverfly head of product Mitch Lusas wrote this intriguing piece for us on how producers can find writers who fit a very specific niche — say, a female comedy writer with military experience — using databases like Coverfly and The Black List.

Tarantino on Final Films: As Quentin Tarantino prepares to make his tenth and final film, he joined the Pure Cinema podcast to list his five favorite final films — meaning, the last films a director ever made. There are some you might expect — his love of Tony Scott’s Unstoppable is no secret — and others you will like not see coming, like J. Lee Thompson’s Kinjite: Forbidden Subjects, starring Charles Bronson as an angry dadcop. Tarantino also does very solid impersonations of John Wayne and Jeff Bridges during the discussion with Pure Cinema hosts Elric Kane and Brian Saur.

Are There Any Hints About Tarantino’s Own Final Film? No, but he does say he did a deep dive at one point into the films of 1970, which got me wondering if that might be its time frame. Of course, this may have been part of his research for Once Upon a Time… in Hollywood, which was set the year before.

More of Easttown?: Please, no. The ending was perfect. Nevertheless, IndieWire rounded up comments on the possibility of a Season 2 from some of the key players, including Kate Winslet (“I would absolutely love to play Mare again,”) and creator Brad Ingelsby, who told The Playlist, “never say never.” But The Playlist helpfully noted that Ingelsby sounded “less enthusiastic in person” than he might sound in print when he added that “if I had an idea that I was convinced could be great and would allow us to spend time with these people, and also be a great mystery and thriller, then I would definitely consider it.”

Mare of Easttown Ratings: Why would anyone even consider continuing a show with such a self-contained storyline? This is why.

Also: Here’s the inspiration for how Kate Winslet eats in the show.

The Lady in the Car With Glasses and a Gun: Here’s a glorious trailer for one of those 1970 films Quentin Tarantino talks about in the podcast. The title seems to be an allusion to the quote by Jean-Luc Godard (or was it?) that “all you need to make a movie is a girl and a gun.” No one mentions this in the podcast though, which surprised me since Tarantino named his production company A Band Apart after Godard’s Bande à part. Maybe it was so obvious it didn’t need saying? Anyway, this trailer:

Main image: Denzel Washington in Unstoppable, directed by Tony Scott, which Quentin Tarantino ranks as one of his favorite final films.