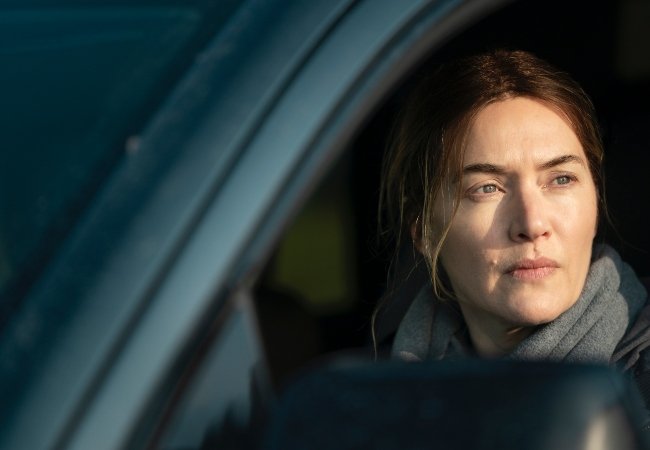 Kate Winslet is a sloppy eater as Mare Sheehan in HBO’s Mare of Easttown. But in an interview with The New York Times’s Maureen Dowd, the actress revealed that all the credit for Mare’s eating habits should actually go to Winslet’s father.

“My dad actually reminds me quite a lot of Mare, to be honest. He was slightly the inspiration,” Winslet told The Times.

Like his daughter, Roger Winslet is also an actor, known for 1990s British TV series like Berkeley Square and She-Wolf of London.

“He basically moves like Mare and eats like Mare,” Winslet added. “Well, he does eat with his mouth full. We do tell him all the time, ‘Dad!’ He’s going to be so mad I just said that.”

Winslet kept her character’s mannerisms rugged and unbothered as part of an intentional “sloppiness” to the character, she added. One scene in which the detective inhales a Philly cheesesteak when she gets home, not pausing to change out of her work clothes and still holding her police files, is a perfect example.

“This is so clearly a woman who does not cook, doesn’t care about what she puts into her mouth, also probably forgets to eat, so that when she does eat, she’s so starving, she doesn’t even care what it is that she’s shoveling in,” Winslet said.

But even though the cheesesteak looks very real on-screen, they are not, in fact, made of real meat — Winslet is a vegetarian. Also unlike the traditional sandwiches, the ones she eats on camera don’t contain any onions.

“I felt really, really bad because I know onions are a very important part of a hoagie,” she said, “but because we had so many hours of filming scenes with all of this food, it basically wasn’t fair on the crew to have all this stinky onion food on our tiny set all day long.”

Still, the British actress’s portrayal of a native of Delaware County, with or without the beef, has gone over extremely well with people in the Philadelphia area — they’ve even named a Mare of Easttown hoagie in her honor.

Mare of Easttown is now streaming on HBO and HBO Max. Main Image: Kate Winslet as detective Mare Sheehan in Mare of Easttown, courtesy of WarnerMedia. This story was originally published on June 1, 2021 and has been updated.

Vikings Returns With Netflix’s Epic First-Look at Vikings: Valhalla (Video)
Holler Is My Battle Cry, for Appalachians to Tell Our Own Stories