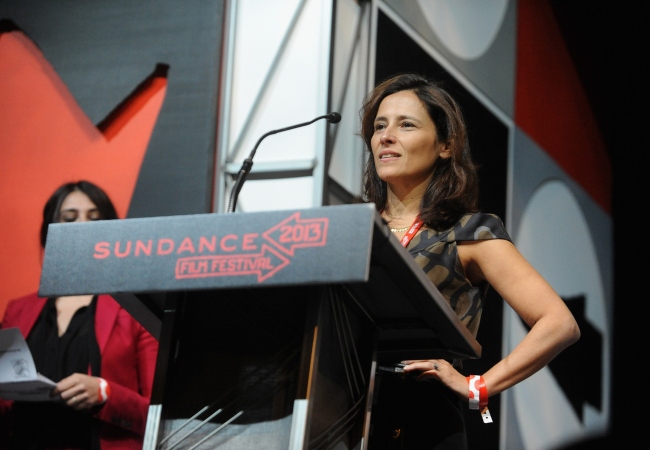 Filmmaker and executive Joana Vicente will serve as the next CEO of the Sundance Institute, moving over from the Toronto International Film Festival, where she served as executive director.

Vicente succeeds previous Sundance Institute CEO Keri Putnam, who stepped down earlier this year from the media and arts nonprofit.

In her new role, Vicente will lead a staff of 200 and an additional seasonal staff of 250, and oversee all areas of the institute, including its artist programs, the Sundance Film Festival and Sundance Collab. She will also be responsible for furthering Sundance’s commitment to inclusion, equity, and advocacy. Vicente will also implement strategies that “embrace the evolving future of storytelling and build on the institute’s record of accomplishment in supporting visionary artists with distinct voices in film, theater, film composing, episodic storytelling, and emerging media,” according to the institute. She will report to its board.

“This was a very comprehensive search to find the right person who would continue to move us forward with a vision that aligns with the founding values of the institute’s founder, Robert Redford,” board of trustees chair Pat Mitchell and chair-elect Ebs Burnough, who led the search committee, said in a statement. “The world’s storytellers are more connected than ever, and Joana’s international background is vital as we look to integrate ourselves with independent artists on an even greater scale globally. She comes to Sundance as a true champion of preserving, discovering, incubating, and encouraging independent artistry in all forms. She is a prolific independent producer in her own right with deep ties to Sundance. All that, combined with her history running a film festival, success in fundraising and partnerships, and her proven ability to navigate fundamental changes in technology and the ways in which audiences consume and experience content, makes us extremely confident that Joana will continue Sundance’s invaluable work on behalf of independent artists in the U.S. and around the world.”

“From the day we started the Sundance Institute, we have had a very specific mission to foster independence, risk-taking, and new and diverse voices in storytelling,” said Redford. “Throughout her entire career, it is evident that Joana shares this same uncompromising vision, and we know that she possesses a deep understanding of the evolving landscape, and can reach a new generation of independent creators working more fluidly across disciplines, communicating across borders, and engaging directly with audiences.”

Vicente has produced over 40 films, including Alex Gibney’s Oscar-nominated documentary Enron: The Smartest Guys in the Room, Nadine Labaki’s Cannes Jury Prize-winning and Oscar-nominated film Capernaüm, and Jim Jarmusch’s Coffee and Cigarettes. She is the founder of three production companies and has been the co-founder and president of Open City Films since 1994, where she’s had 13 features and six short films debut at the Sundance Film Festival, including the film Three Seasons, which won the Grand Jury Prize, Cinematography Award, and Audience Award in 1999.

“Sundance has been an essential part of my career — I feel that I grew up as a producer with the support of the festival and the Sundance labs. It is such an extraordinary opportunity to lead an organization that has defined independent storytelling for 40 years,” said Vicente.

Ever Seen Earth From 364 Miles Above? Now You Can in Netflix’s Inspiration4 Space Doc
Many Saints of Newark Director Alan Taylor Shares Michael Gandolfini’s Salute to His Dad