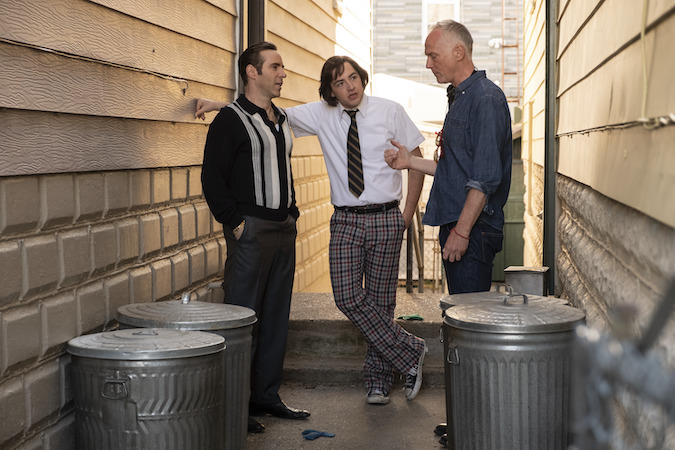 Early on in the Sopranos prequel The Many Saints of Newark, someone notes that Moltisanti is a religious name. As anyone with access to Google translate can tell you, Moltisanti is Italian for “many saints.” And the Moltisanti family, upon coming to the U.S. from Italy, put down roots in Newark.

But that’s not the entire reason for the title.

Some reviews of the film, written by Sopranos boss David Chase and longtime Sopranos writer Lawrence Konner, have given away major spoilers of the film, perhaps not realizing or not caring about their significance to Sopranos lore. So we’ll avoid any plot points, and just give you broad strokes.

Moltisanti is of course the last name of Christopher Moltisanti, played by Michael Imperioli for six episodes of The Sopranos, which ruled television from 1999 to 2007 — and still does good business on HBO Max, which will air The Many Saints of Newark this week. To use a Christopher malapropism, he was once the “hair apparent” to Tony Soprano (the late James Gandolfini), who tried to mentor him into a leadership role despite Christopher’s poor judgment, hot temper and addiction issues.

The title The Many Saints of Newark is a big hint, to people who get the title, that the film is every bit as much about the Moltisanti family as it is about the Soprano family. The film starts a generation before the show, and all those episodes of Christopher and Tony cruising in SUVs from Satriale’s to the Bada Bing to the various farms, underpasses and bodies of polluted water where they took care of after-hours waste management.

But the film’s director, Alan Taylor, tells MovieMaker that the title doesn’t just refer to the “many saints” of the Moltisanti family.

“Part of the fun for me directing it was to sort of identify the various saints. And if you look carefully, you’ll see that most of our main characters have a halo at some point,” he says.

And there’s another meaning, Taylor says: The film focuses on the Italian Mafia’s reaction to the rise of Black organized crime — and one of the most successful Black street gangs during the timeline of The Many Saints of Newark was called The Black Saints.

Taylor says his favorite halo in the film belongs to one of the Black gangsters, Harold McBrayer, played by Leslie Odom Jr.

“He’s sitting down with the mobsters at one point and sort of having a back-and-forth… and he’s got the most beautiful halo behind him,” Taylor notes.

And as you can probably guess from the film’s tagline — Who Made Tony Soprano? — the film also spends a lot of time on the Sopranos of Newark. Michael Gandolfini is excellent in the film as the teenage version of the character played by his father on the show.

The Many Saints of Newark arrives Friday in theaters and on HBO Max.