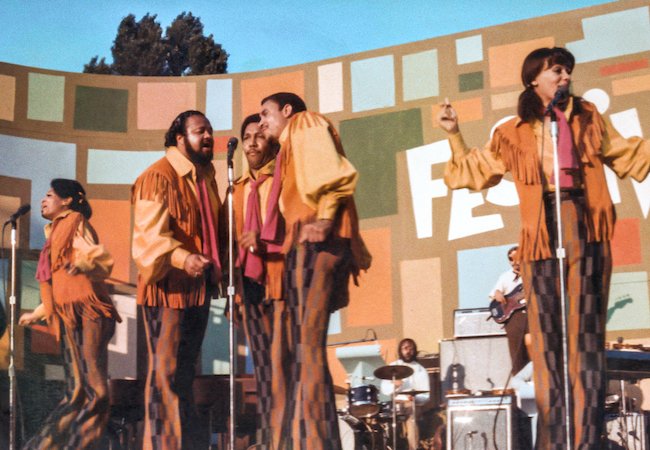 Today we go back to the summer of 1969 to talk about Questlove’s astonishing documentary Summer of Soul; Paul McCartney still getting feedback from John Lennon; Jimi Hendrix playing Woodstock but not “the Black Woodstock”; and Todd Haynes making The Velvet Underground. All in today’s Movie News Rundown.

Summer of Soul: On the latest Low Key podcast, we talk about Summer of Soul, which Roots drummer Ahmir “Questlove” Thompson assembled from long-neglected footage from the 1969 Harlem Cultural Festival concerts that featured a who’s who of spectacular musicians — including Stevie Wonder, Nina Simone, B.B. King, Sly and the Family Stone and The 5th Dimension (pictured above). Here’s a clip featuring Gladys Knight and the Pips:

Jimi Hendrix: Watching Summer of Soul, one of my only questions was why Jimi Hendrix didn’t play the Harlem Cultural Festival, which was later dubbed “The Black Woodstock.” Hendrix played Woodstock in summer 1969, just 100 miles from the Harlem shows — so was he invited to appear?  The answer, according to Questlove, is no: He was considered too radical.

After Hours: Todd Haynes has made a documentary about the Velvet Underground and the scene that spawned the band that looks like a film that would be project behind them as they played for junkies and criminals at Andy Warhol’s Factory in 1969. Which is to say this looks fantastic. The film just premiered at Cannes and comes to theaters and Apple TV+ on Oct. 15.

Main image: The 5th Dimension performing at the Harlem Cultural Festival in 1969, featured in the documentary Summer of Soul. Photo Courtesy of Searchlight Pictures.