Stephen Graham on Playing an ‘Honestly Broken’ Man in The Virtues 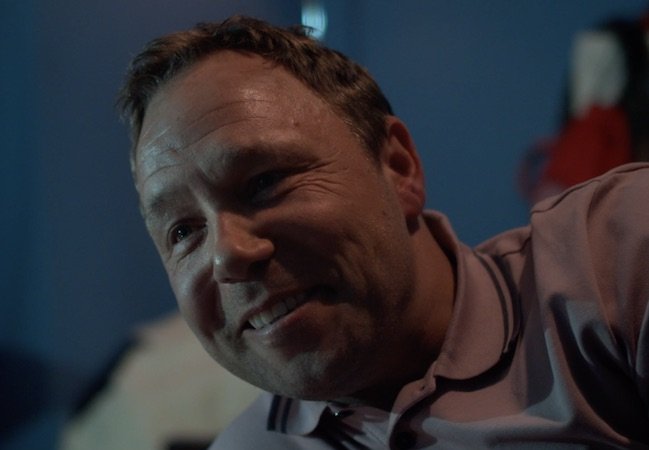 In The Virtues, Stephen Graham moves far away from the hair-trigger bullies he’s played in projects from Boardwalk Empire to The Irishman to portray a man at his most vulnerable.

“My aim with the character and for me personally with the piece was to show man who was honestly broken,” Graham told MovieMaker. “And he couldn’t quite put his finger on the reasons why he was this way.”

The British miniseries, now streaming on Topic, follows Joseph, who relapses into alcohol after his ex moves away to Australia with their young son. He returns home to Ireland to reunite with his sister for the first time in decades, and confronts trauma that has shadowed his entire life.

The Virtues reunites Graham with filmmaker Shane Meadows, who dealt with his own childhood sexual abuse to tell the story. Graham revisited his own battle with depression.

The film is almost “documentary-esque,” Graham explains, as it follows Joseph through normal routines — making tea, taking long walks, making idle conversation — as he tries to deal with deep wells of pain and confusion. Not everything is apparent on the surface.

“I don’t want to say you’re doing nothing, because you’re playing the complete drama of it all, but yet you’re making it as realistic as possible every time,” Graham explains. He says Meadows “takes the ordinary and puts a microscope on it.”

They first collaborated 14 years ago on This Is England, in which Graham played a young skinhead. Graham says Meadows sketches out the general idea of a scene, and the intention behind it, but gives his actors the freedom to explore it as deeply and realistically as they can. One of the most intense scenes in The Virtues is the first real conversation between Joseph and his sister Anna (This Is England veteran Helen Behan) about how they became separated.

“That particular scene plays throughout its entirety. And we only did that in one take, the only take we ever did for that particular scene,” Graham says. “And that’s the joy of Shane… In the workshop process we went into that scene a little bit, and I think we may have got a minute-and-a-half into the scene, and Shane went, ‘Stop — we’ll we’ll come back to that.'”

Also Read: Who Is Frank Sheeran Talking to in The Irishman?

They ultimately condensed 10 to 15 pages of dialogue into a short, emotional exchange, captured on six cameras for complete coverage.

“It’s very much down to improvisation with a with a nice skeleton for you to be able to play with, you know what I mean? And then you just embellish that on top,” Graham says.

Graham, who knew he wanted to be an actor from childhood, said he went through an eight-month period after This Is England where he couldn’t get hired, despite strong reviews for his performance and a resume that included a role as the hot-tempered Shang in Martin Scorsese’s 2002 film Gangs of New York.

“I almost packed it in and became a youth worker,” he said. He wondered if people couldn’t separate hm from his skinhead character, Combo.

“People suddenly thought that Shane and found me on the streets and that’s the kind of person I was and I wasn’t really an actor,” he says. “That was amongst the lowest I’ve ever been in my life because I just felt like I was banging my head against the brick wall.”

Eventually, the people around him convinced him to persevere, including his wife, Hannah Walters. He eventually came to the advice he offers anyone thinking of becoming an actor: “You need skin like a rhino.” 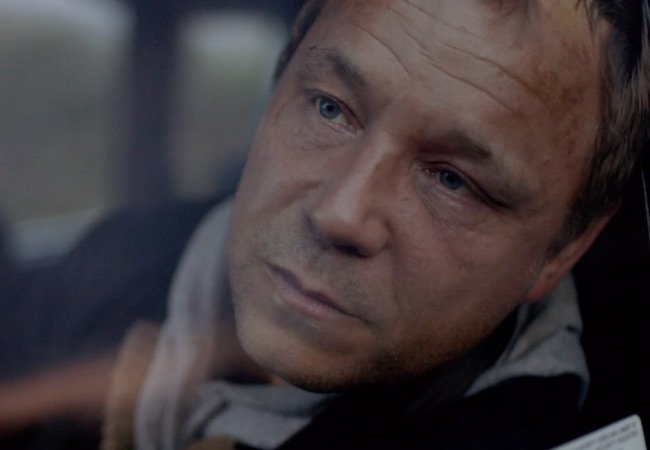 Stephen Graham’s character in The Virtues faces a struggle informed by that of filmmaker Shane Meadows.

Scorsese later enlisted him as Boardwalk‘s Al Capone and as Al Pacino’s Irishman nemesis, Anthony “Tony Pro” Provenzano. But Graham still struggles with what he calls a “slight imposter syndrome.”

“There’s a thing in England we call a working-class mentality where you never feel like you’ve had the right to be where you are,” he said. “You don’t feel like you’re good enough, or these things are going to be taken away from you at any moment.”

That feeling was especially pronounced in his first big Irishman scene with Al Pacino as Jimmy Hoffa. The pair are in prison, arguing over Tony Pro’s pension, as Hoffa eats one of his treasured ice cream sundaes.

He said Hannah told him: “You know you’ve earned the right to be there. Marty wants you there because of what you bring to the table. Just go out there and play your game. Be a part of the team. Go and do what you do.”

“And and then, you know, just as I was putting the phone down, she made me feel like, ‘I’m Spartacus.’ So I kind of went out there and it was a wonderful experience.”

They did three takes, and then Graham felt confident enough to drop a surprise.

“The stuff when I grabbed the ice cream and threw it across the table, nobody knew I was going to do that,” he said. “Obviously I told the cameraman so I knew the position of the camera. And I told the props department. But I didn’t do it on the first three takes, and then it was the last take on the wide…  I just reached across and I threw the ice cream across the room and Marty left it for a couple seconds, and then he went ‘cut’!”

“Then Al Pacino shouted, ‘Did you see that, Marty? He frightened me! The kid frightened me!’ And that’s when I kind of felt Wow, this is it. We’re in that moment where magic’s allowed to be created.”

The Virtues, starring Stephen Graham, is now streaming on Topic.

We Summon the Darkness With Director Marc Meyers (Podcast)
Circus of Books: Meet the Straight Couple Who Owned an Iconic Gay Bookstore