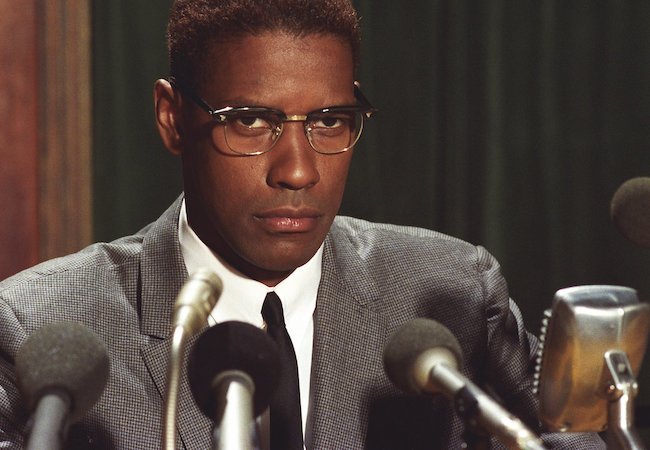 (Update: Nevermind. The Red Sea Film Festival has been delayed by fears of the coronavirus. Below is our story from before the delay was announced.)

Spike Lee will attend a special screening of Malcolm X during the Red Sea International Film Festival, marking the first time that the film — shot partially in Saudi Arabia — will play on the big screen in the country.

The 1992 film, which stars Denzel Washington as the iconic leader, was the first Hollywood feature film to be granted permission to shoot in the holy city of Mecca. As previously announced, Oliver Stone will lead the jury of the festival.

In Malcolm X, the former Nation of Islam leader learns more about the Muslim faith while interacting with Muslims from all over the world, of all races, who are making their own pilgrimages to Mecca. The journey guides his decision to end his calls for racial separatism.

Besides attending a special screening, the Oscar-winning Lee will also lead a workshop at the festival, the festival said in a statement Wednesday.

Festival director Mahmoud Sabbagh has said it will “push diversity, particularly in women’s position in public spaces, and for a more open society.”

It will also offer cash prizes totaling $250,000, including a $100,000 prize with the Golden Yusr Trophy for Best Feature. The festival will take place March 12-21 in Al-Balad Historic Jeddah, Bait Qabil, a UNESCO World Heritage Site.

Many entertainment and media companies came under criticism for any association with Saudi Arabia after the murder of Saudi journalist Jamal Khashoggi, who wrote for The Washington Post. He disappeared after entering the Saudi embassy in Istanbul on Oct. 2, 2018, and a bipartisan group of U.S. senators later said Saudi Crown Prince Mohammed bin Salman was “complicit” in Khashoggi’s killing. Khashoggi had been a vocal critic of Mohammed.

Ari Emanuel’s Endeavor, a holding company for talent and media agencies, backed out of a deal in which the Saudi government would have invested $400 million in the company.

“We worked hard to ensure that the films being presented showcase Saudi Arabia’s emerging film industry, and encourage a more open cultural exchange. This isn’t just about exporting our stories; we are bringing different perspectives, new conversations into Saudi Arabia too,” Sabbagh said.

Other sessions at the festival will be led by Abel Ferrara and Arab directors Khairy Beshara and Yousry Nasrallah.

The Red Sea Film Festival may fill a regional vacuum left by the absence of the Dubai Film Festibal, which announced in 2018 that it would take a break and return in 2019. But it has not yet returned.

James Mangold: ‘The Magic of Cinema Is in the Cut’
How Rachel Fleischer Turned a Breakup Into Her Short Film The End of Love