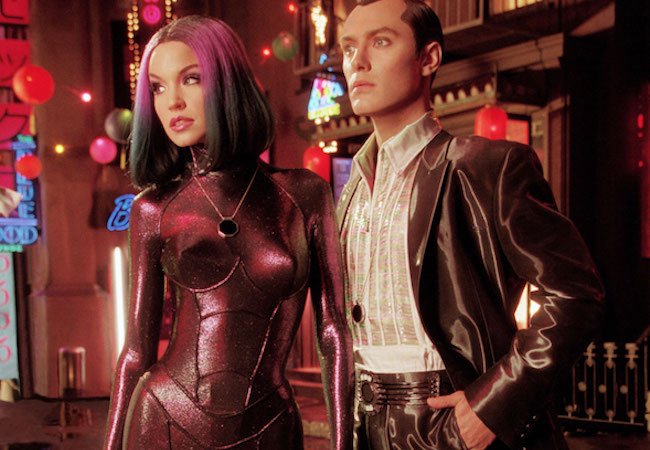 Steven Spielberg strikes a deal with Netflix; an early look at the Aretha Franklin biopic Respect; how The Girlfriend Experience pulled off an audacious deepfake scene. All in today’s Movie News Rundown.

Becoming the Queen of Soul: Here’s a first look at Respect, in which Jennifer Hudson plays a young Aretha Franklin as she navigates a complicated upbringing, a very hard marriage, and the fight for Civil Rights and equality. Also: wall-to-wall music.

Speaking Of: IndieWire has this list of all the musicals coming soon, including Steven Spielberg’s West Side Story, and sets out to explain why there are so many happening at once. TL;DR: Because we all have music bursting from our hearts.

Spielberg Goes Streaming: The director, whose supposed opposition to Netflix two years ago was greatly exaggerated, reached a new deal in which his company, Amblin Entertainment, will produce several new films for the streaming service each year, Variety reports. No, that does not mean Spielberg will direct them. Recent Amblin films include Green Book and 1917.

Wait, Isn’t Cynthia Erivo Playing Aretha Franklin?: Yes, there is also another Aretha Franklin project, Genius: Aretha, which aired recently on Nat Geo. Members of the Franklin family are not happy about that one.

Jake Gyllenhaal and Vanessa Kirby, Not in Paradise: The actors will star in the surival thriller Suddenly, directed by screenwriter Thomas Bidegain, who wrote the Palme d’Or winning film Dheepan. Deadline exclusively reports that the film is “one of the must-have packages at the Cannes virtual market” and follows a couple who are stranded on a South Atlantic island. Soudain Seuls, the French-language novel on which it is based, “shines a light on the dynamics of their relationship and also holds a mirror up to modern society,” Deadline explains.