Spidey Is #2; Alexander Skarsgård Goes Inigo Montoya in The Northman; Louis C.K. Is Back 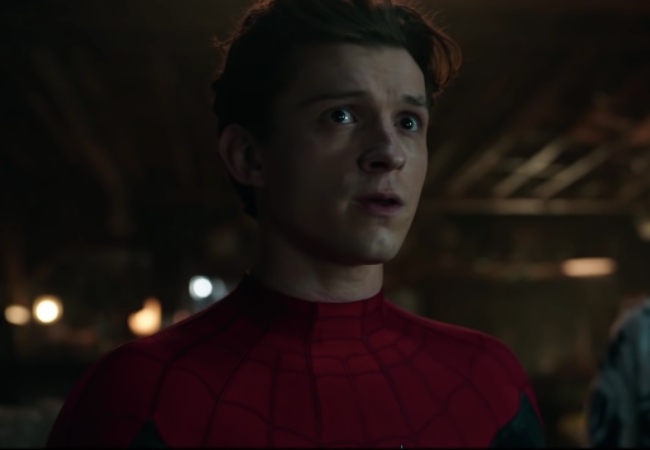 Updated: Spider-Man: No Way Home has now surpassed the number three spot and has reportedly climbed to the second-biggest box office opening ever, according to CNN Business.

Spider-Man: No Way Home had a really, really big box office opening stateside; Alexander Skarsgård goes Inigo Montoya on the guy who killed his father in The Northman; Louis C.K. is back whether we like it or not. All in today’s Movie News Rundown.

Spider-Man Is #2: As noted above, we’ve updated this story to note that Spider-Man: No Way Home has climbed from its previous #3 spot to now the second-biggest box office opening of all time. CNN reports that according to Sony, the movie brought in $260 million in its opening weekend. Only Avengers: Endgame had a bigger opening weekend in 2019.

Condolences to Belfast star Jamie Dornan: Who opened up about the loss of his father, a renowned obstetrician and gynecologist who died last year of COVID-19, in an interview with The Irish Times this weekend. “I owe so much to my dad,” Dornan told the paper. “For my dad not to be able to see this movie hurts.” (He’s talking about Kenneth Branagh’s Belfast, of course).

Is It Just Me: Or is Alexander Skarsgård in everything these days? I’m not complaining. The Swedish actor stars in the upcoming Viking film The Northman as a man on an Inigo Montoya-style mission to avenge his father — who’s played by Ethan Hawke. The rest of the cast is also stacked, including Nicole Kidman, Anya Taylor-Joy, Bjork, and Willem Dafoe. The Viking epic is co-written by Icelandic poet-novelist Sjón who also co-wrote A24’s folk-horror film Lamb. The Northman looks incredibly awesome and I can’t wait to see it. Watch the trailer here:

Louis C.K. Won’t Go Away: Unfortunately for those, including myself, who truly thought we’d seen the last of mainstream Louis C.K. comedy specials, it appears we have not. During SNL this weekend, an ad aired for his new comedy special, which is aptly titled Sorry.

May I Editorialize?: The only thing I’m sorry about is that this special exists.

If You Need a Refresher: The comedian was, as the kids say, canceled in 2017 after multiple women accused him of… practicing self-love in front of them without their consent. Louis C.K. himself confirmed it, telling The New York Times, “These stories are true,” and that “I have been remorseful of my actions.” In any case, his new special, which was recorded in August at Madison Square Garden, is available to buy on his website.

On a Lighter Note: The Hollywood Reporter notes that while this year, Peter Jackson earned praise for his Beatles documentary series Get Back, 20 years ago he was making his mark as the director of the Lord of the Rings trilogy. If you want to feel old, consider this: the first movie in the trilogy, The Fellowship of the Ring, premiered on Dec. 19, 2001.

Mahershala Ali: Is absolutely magnificent in Swan Song, a movie in which he not only plays one character but also that character’s genetic double (you could call him a clone). Ali told MovieMaker about modifying the script to fit him as an actor of color in this lovely interview. Swan Song is directed by Ben Clearly and now streaming on Apple TV+. I highly recommend it. But be warned: It did make me cry. And be sure to pick up our Winter issue early next year (or subscribe here) for a special “Things I’ve Learned” feature with Ali.

Hogwarts Returns: Well, more like the cast returns to Hogwarts. Daniel Radcliffe, Rupert Grint, Emma Watson, Tom Felton, Gary Oldman, and many more Harry Potter stars that we haven’t seen in one room since, well, The Deathly Hallows: Part 2 (which was, GASP, 10 years ago) came together for HBO Max’s Harry Potter 20th Anniversary: Return to Hogwarts. Double gasp — that means that Harry Potter and the Sorcerer’s Stone premiere in, you guessed it, 2001. The special streams Jan. 1, 2022, according to Variety.

Wait: So Harry Potter and Lord of the Rings both premiered in the same year? I, who was barely five years old in 2001, didn’t know how lucky I was to be alive then.

We’ll Leave You With This: The heartwarming trailer, which is exactly what I need right now. Is it just me, or is Harry Potter the perfect holiday watch?