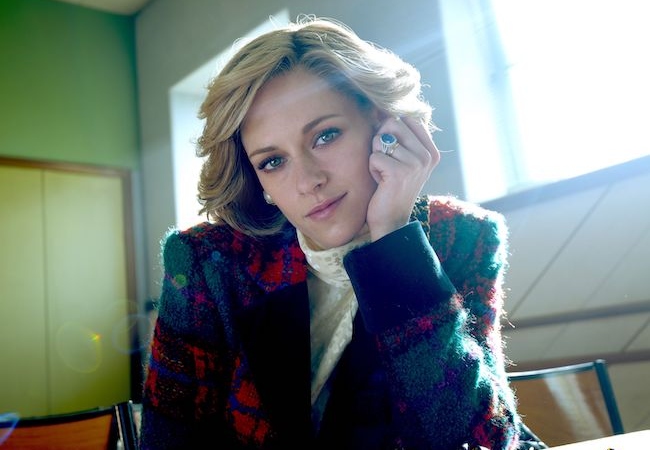 Warning: Spencer spoilers follow. Don’t read on if you don’t want it spoiled.

Pablo Larraín’s Princess Diana drama, Spencer, follows the people’s princess over the course of Christmas 1991 — the weekend when she and Prince Charles decided to end their marriage. But nowhere in the film does Charles or Diana ever actually say the word “divorce” to each other.

Screenwriter Steven Knight said the reason has to do with British culture.

“English people of a certain class will have conversations where the actual subject of the conversation is never mentioned,” Knight told MovieMaker. “It’s never actually verbalized. It’s just that they’ll dance around it, which is a very English sort of thing.”

In Spencer, Diana, who is played by Kristen Stewart, and Charles, who is played by Jack Farthing, have a heated conversation over a pool table about the state of their marriage. Later on, Diana interrupts the family’s game bird-shooting session and demands to take William and Harry with her. Together, the three ride off happily in a convertible, but there’s an unspoken understanding that by leaving the Christmas festivities at Sandringham, Diana has also chosen to separate from Charles and ultimately get a divorce just like the real couple did in 1996.

Also Read: Watch Paul McCartney Improvise ‘Get Back’ in Peter Jackson’s Get Back

There is a disclaimer at the beginning of Spencer that notes the story is a “fable from a true tragedy,” which was Knight’s way of warning audiences to take everything with a grain of salt. But Knight says the conversations between Charles and Diana depicted in the movie are closer to what happened in real life than you might think. When writing the film, Knight had private conversations with people who knew the princess in real life.

“I believe, from what I gleaned, is that it was — the conversations were much more like the conversations that we see in the movie where no one really gets to the heart of it. No one suddenly screams and says, ‘This is what’s going on,'” Knight said. “Everybody stays just a little way away from the heart of the matter. And I think it’s quite an interesting form of dialogue when people are saying the opposite, or not what they really mean. And that’s what happens with Charles and Diana.”