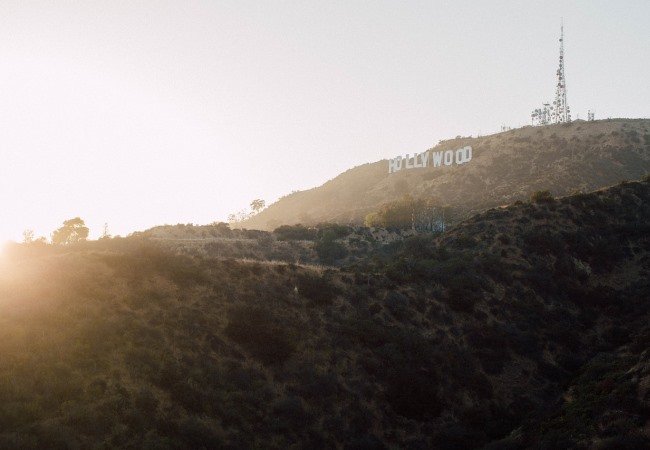 On Location: The L.A. Video Project, the annual short films competition presented by NewFilmmakers Los Angeles, is currently accepting submissions for its fifth year of celebrating a very specific theme.

Supported by the City of Los Angeles, KTLA 5 and SAG-AFTRA, On Location enlists Los Angeles’ film community as artistic ambassadors, to offer insiders’ takes on the city’s rich and varied culture. The contest poses the question, “What is your L.A.?” As long as a submission takes the sprawling city as its backdrop, the sky is the limit when it comes to genre, format or subject.

Filmmakers are invited to submit to two categories, differentiated by length: short and sweet (between one and two minutes) or slightly lengthier (up to five). Past entries have run the stylistic gamut, from documentaries and animated narratives to commercials and music videos. Unlike other events on NewFilmmakers L.A.’s comprehensive year-long slate, On Location asks for original content, created specifically for their submissions (which close this year on August 28).

“Back in 2010,” says NewFilmmakers L.A. executive director Larry Laboe, “I heard a presentation by the city about branded entertainment with artists highlighting L.A. through photography. I thought to myself, ‘I wonder why they haven’t tried to enlist filmmakers to visually highlight the city through film?’ So we started talking with the city about the idea.”

If the brief of showcasing L.A. positively feels like just another iteration of the product integration saturating movies and television, Laboe assures that by placing its focus on an entire city, rather than a single brand, On Location is a creative alternative to the various filmmaking competitions staged by companies looking to source promotional content. “You can do a lot more and be a lot more unique when you’re talking about actually making the city part of the storyline,” he says. “It’s a lot better than having to put a bottle of soda in your film.”

With special permits needed for filming in many areas, L.A. can sometimes prove to be a difficult environment for independent filmmakers. Laboe encourages budding filmmakers to use On Location as a learning opportunity to familiarize themselves with L.A.’s particular permitting systems. “While places like Santa Monica, Beverly Hills and Culver City are not technically part of the City of L.A., and have their own separate filming rules and permits, FilmL.A. (the city’s largest permitting division) sponsors On Location and covers lots of really popular parts of L.A. such as Hollywood, Downtown L.A. and Venice,” he points out. “On Location does encompass all of L.A. County, so you can go pretty far with that.”

The 2014 screening of On Location’s finalist shorts, held at L.A.’s AT&T Center. Courtesy of NewFilmmakers LA

Any submission to On Location is eligible for the competition’s Grand Prize, regardless of category. The winner of the Grand Prize will receive $1,000, as well as a production prize package valued at $40,000. Other prizes—including one First Prize from each category, audience choice and sponsorship awards—yield cash prizes ranging from $250-500, filming permits, scheduling and budgeting software bundles and gift certificates. The contest receives around 100 submissions each year, with an average of 20-25 percent going on to become finalists. Finalists will screen at On Location’s premiere event on October 10, featuring a celebrity/industry judging panel; selected films will also be featured on NFMLA’s social media pages and e-Newsletter.

Advice for this year’s participants? Laboe says, “It’s so easy to think of this competition and picture beautiful timelapse or montage videos of L.A.” He urges filmmakers to dig deeper. Some of his favorite submissions—ones that successfully incorporated city into story—have included a film noir in which a detective hunts for clues around L.A., and a love story that takes viewers on a tour of L.A.’s iconic landmark theaters through time.

Neither film had dialogue. “Even if you don’t use dialogue,” says Laboe, “creating a stylistically well-done story can really make viewers feel like they’re on a journey through Los Angeles, one that keeps them on the edge of their seats.”

That said, words can do the trick, too. Laboe fondly recalls one comedy short which placed first in On Location’s inaugural year. A mockumentary of sorts, the film depicted an immigrant’s take on the cultural differences between America and his homeland in eastern Europe. “The voiceover is him writing a letter to his grandmother as he experiences L.A.: ‘Oh Grandma, you wouldn’t believe the museums here; they’re nothing like museums we have in Europe!’ The camera pans out to reveal that he’s walking into Ripley’s Believe It or Not on Hollywood Boulevard.” Not exactly one of Los Angeles’ cultural highlights.

Ultimately, “we want to challenge filmmakers to express what L.A. means to them as creatively as possible,” Laboe says. “Then they can tell whatever story it is they want to tell.” MM

Winning Entries from Past Editions of On Location

On Location’s deadline for submissions is August 28. The premiere screening will take place October 10 at Hollywood Center Studios. To learn more about On Location, visit its website here or NewFilmmakers LA’s website here.

Festival Wrap: FilmQuest Impresses with its Second Edition
Where are the Agents of Change? A Primer on the ACLU Investigation into Hollywood’s Gender Discrimination