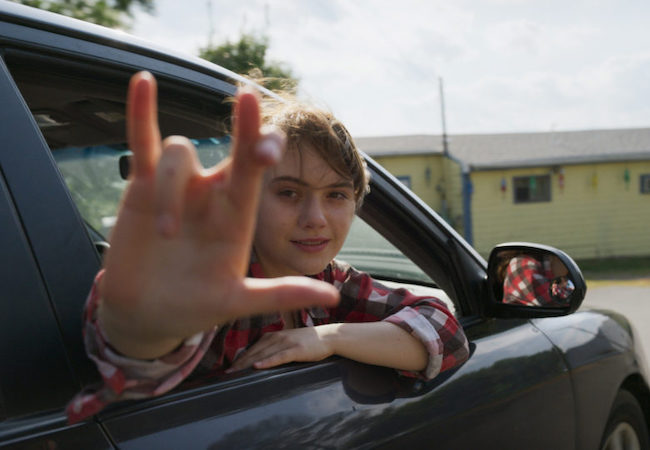 Shia LaBeouf will play a saint for Abel Ferrara; Hollywood’s long-hours problem; Oklahoma offers $30 million in tax credits; CODA will play to everyone. All in today’s Movie News Rundown.

CODA: I’m seeing some gripes on Twitter that the wonderful Sundance film CODA, which Apple TV+ bought for $25 million dollars, is being quietly released on streaming instead of getting a splashy rollout in theaters. This is not true! Not only is it getting a theatrical release, but the film — about a child of deaf adults who dreams of being a singer — will be released with open captioning so members of the Deaf community can enjoy it. In fact, Marlee Matlin, who like everyone in CODA is very good in CODA, tweeted this list of theaters where you can see it with open captions. Of course, I completely understand if anyone isn’t comfortable going to a theater, but it’s an option for those who want to.

You Seem Real Into CODA: I am. It’s a big-hearted, lovely movie that you can feel uncomplicatedly good about. We’ll have a big profile of star Emilia Jones later today and of CODA writer-director Siân Heder tomorrow.

OK: Oklahoma film and TV projects can apply now for tax incentives under a new $30 million program to encourage more entertainment industry productions in the Sooner State. Here’s where you can apply for the new Filmed in Oklahoma Act Incentive. Oklahoma is of course the home of Martin Scorsese’s Killers of the Flower Moon and the new FX on Hulu series Reservation Dogs, among other projects, and Oklahoma City and Tulsa both made our latest list of the Best Places to Live and Work as a MovieMaker. You can get more details from this article in The Oklahoman.

Anything Else? Agnes director Mickey Reece talked with us here about how he built a DIY film empire — mostly working with friends — without leaving Oklahoma.

Shia LaBeouf: Abel Ferrara exclusively told Variety that Shia Labeouf has agreed to play the lead role in his next feature, about the Italian Saint Padre Pio. Ferrara says Willem Dafoe may also play a role. Ferrara explained that Padre Pio was a monk from the Puglia region of Italy: “It’s set in Italy right after World War I. He’s now a saint, he had stigmata. He was also in the middle of a very heavy political period in world history. … He was very young before he became a saint, so Shia LaBeouf is going to play the monk.” La Beouf split with his agency, CAA, after his ex-girlfriend, FKA Twigs, filed a lawsuit in December accusing him of physical abuse during the relationship. Variety “two sources familiar with the matter” said at the time that LaBeouf would take a break from acting.

Any Comment From Shia LaBeouf?: Variety says his reps did not immediately respond to requests for comment. When FKA Twigs accused him in December, the actor told The New York Times: “I’m not in any position to tell anyone how my behavior made them feel. I have no excuses for my alcoholism or aggression, only rationalizations. I have been abusive to myself and everyone around me for years. I have a history of hurting the people closest to me. I’m ashamed of that history and am sorry to those I hurt. There is nothing else I can really say.”

13 Minutes of Horror: Here’s the trailer fo the 13 Minutes of Horror film festival, presented by NYX, a group of diverse women creators who develop, celebrate, and elevate original, women-led horror for film, TV and new media. All thirteen films will be available to watch on Shudder from tomorrow (which is Friday the 13th) through Sept. 13. They’re pretty great at this “13” branding.

What Cinema Is For; Malice at the Palace; Titane Comes to NYC
Ethan Hawke in the MCU; Zach Braff’s Directing Advice From Alexander Payne; Inside CODA and Beckett