Ask Mickey Reece, director of the film festival darling Climate of the Hunter, how he deals with rejection, and he sounds a little confused: “What do you mean rejection?”

Because Reece has done everything outside of the Hollywood system since starting as a feature filmmaker in 2008, he hasn’t encountered anyone along the way to reject him. Family responsibilities kept him in Oklahoma City, so he never considered a move to Los Angeles or New York. Instead, he relies on a loyal, talented cadre of actors, none of them big names, who gather together to make movies on a shoestring. They first showed their movies at music venues, then at the Oklahoma Contemporary.

Mickey Reece is our guest on the latest MovieMaker Interviews podcast, which you can listen to on Apple or Spotify or here:

Though he made a few films in high school, Reece (pictured in character, above) was a musician in his 20s, then decided to try moviemaking. At first he made three films a year, then two, as he spent more time on each production. His approach was to treat filmmaking as a hangout with friends. He often acted as well as writing, directing, and holding the camera.

“It was fun and we were always having a good time,” he said. “It’s not fun trying to figure out where to start. It’s fun making the movie. The best bet would be to just start making the movie.”

His films gradually earned attention and investors. As the budgets have increased, the production values have improved. But Reece continues to rely on many of the same friends.

His approach is paying off now with attention from festivals like Fantasia Fest, where Climate of the Hunter just played, and Fantastic Fest, which later this month will premiere Belle Île, a short documentary about his filmmaking that includes clips from the 34 films he has made so far. 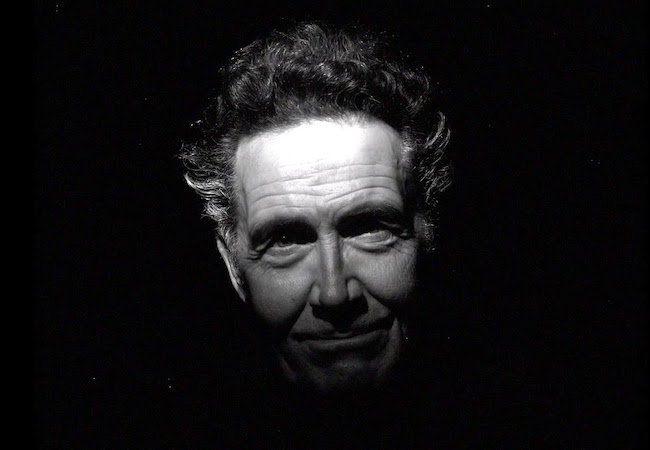 Ben Hall in Climate of the Hunter, by Mickey Reece.

Climate of the Hunter is a genre-defying film about two middle-aged sisters (Ginger Gilmartin and Mary Buss) vying for the attention of a man (Ben Hall) who may or may not be a vampire.  But Reece may be best known for 2017’s Mickey Reece’s Alien, which tracks the relationship between Elvis (Jacob Ryan Snovel) and Priscilla Presley (Cate Jones) as the King mounts a comeback.

The film opens with a member of Elvis’ inner circle, played by Alex Sanchez, clarifying that contrary to rumor, he did not attempt to save Elvis’ life before he died.

“I wouldn’t give another man mouth-to-mouth,” he explains. 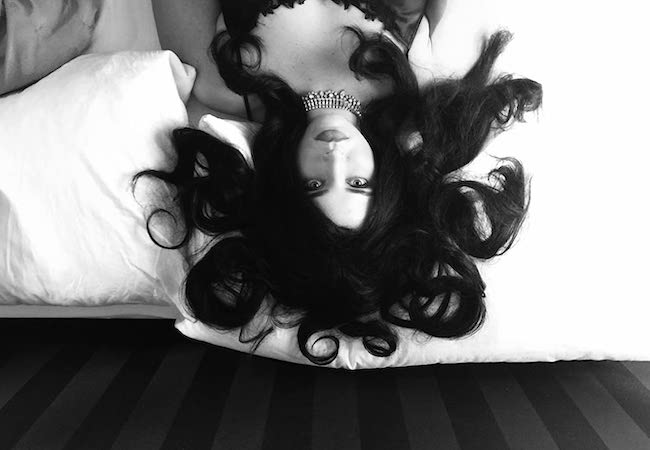 Reece met Sanchez at a comedy show and quickly decided that since he was one of the funniest people he’d ever seen onstage, he would probably be good onscreen, too. Sanchez anchored last year’s Arrows of Outrageous Fortune, a fresh take on Hamlet in which an estranged son reconciles with his dying dad (Hall again) just in time to tell him to fuck off.

As the films gain more attention, and more people reach out about programming his films in festivals, or giving him money, he finds himself in a unique situation: Being affected by what other people think.

“Now the rejection happens,” he says.