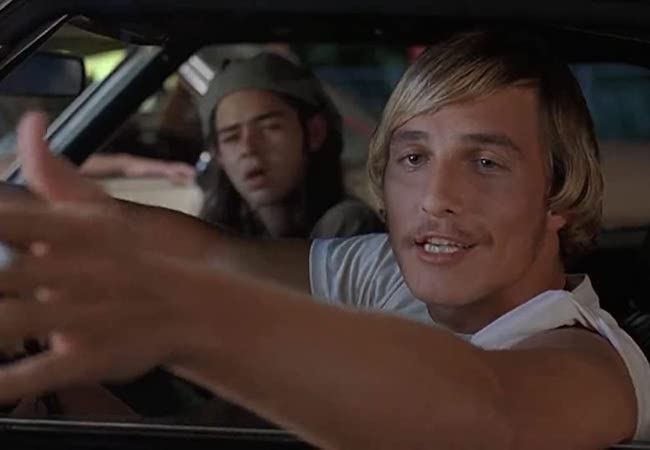 But First: There will be no Rundown tomorrow because I’ll be handling mysterious personal matters and wrapping the latest issue of MovieMaker Magazine. (Oh gosh, thanks for asking — you can subscribe here.)

Waters and Linklater: In a conversation for the Provincetown International Film Festival, Boyhood director Richard Linklater and Hairspray director John Waters recalled borrowing money from their folks to get their early films off the ground. “I told them, like, okay, this is my wedding. You know how you blew that money on my sister’s wedding who got divorced a few years later? This is my wedding I’m never gonna have,” joked Linklater.

Iliza Shlesinger: The comedian and actor-writer-producer of Good on Paper talks on our latest podcast about how she turned a very weird dating experience into a Netflix movie that’s both funny and a crackling mystery. Here you go:

Anything Can Be a Movie: Speaking of comedians, Deadline exclusively reports that Jerry Seinfeld will star in, direct and produce Unfrosted, “a film comedy he co-wrote with Spike Feresten and Barry Marder that is inspired by a joke he told on the stand-up stage about the world-shaking invention of Pop-Tarts.” This seems to be the Seinfeld Pop-Tart routine.

Get Well Soon: Harrison Ford is taking a hiatus from shooting Indiana Jones 5 to recover from an on-set shoulder injury. “In the course of rehearsing for a fight scene, Harrison Ford sustained an injury involving his shoulder,” a Disney spokesperson said in a statement. “Production will continue while the appropriate course of treatment is evaluated, and the filming schedule will be reconfigured as needed in the coming weeks.” Everyone else is doing the Indiana Bones joke but I’m gonna go positive: More like Mendiana Jones! Wocka wocka!

For the Ages: BuzzFeed has this enjoyable roundup of times TV shows and movies had adult actors play much younger versions of themselves in flashback scenes. They left out The Irishman.

Fantastico!: Quentin Tarantino and Tim Burton will be honored by the Rome Film Festival with lifetime achievement awards. “There was a time in my life where I’d watch any Italian movie. And I spent the better part of my career making my version of those movies,” Tarantino said in a statement. “So, to get a Lifetime Achievement Award from the Rome Film Festival is fantastico!”  Burton added: “Fellini, Mario Bava, Dario Argento have all been major inspirations in my life and receiving it in Rome, a place I love, a city where you feel like you’re starring in your own film, is very emotional.” Both directors will attend the Oct. 14-24 festival and take part in Q&As with the public that will likely involve lots of passionate hand gestures.

Fantasia: The Fantasia International Film Festival, which will be held virtually from August 5-25, has released more of its lineup, including an Aug. 4 screening of James Gunn’s The Suicide Squad a day before the festival begins. Gunn, a longtime Fantasia attendee, will see the film screen in-person at Montreal’s Imperial Theater, while other screenings take place virtually and geo-locked to Canada. The films also include the World Premieres of Ruth Platt’s Martyrs Lane, the Timur Bekmambetov-produced screen-life thriller #Blue_Whale, the sex-positive supernatural feature Ghosting Gloria, and the doc You Can’t Kill Meme, about the bizarre following of meme magic.

Great Trailer: Here’s the trailer for The Harder They Fall, the New Mexico-shot “new school Western” directed by Jeymes Samuel and starring Jonathan Majors, Idris Elba, Regina King, Zazie Beetz, LaKeith Stanfield, and many more of the world’s best actors. Warning: People who don’t like stylish anachronistic needle drops are about to lose their minds.

Main image: You are invited to a party at the Moon Tower in Richard Linklater’s 1993 film Dazed and Confused.