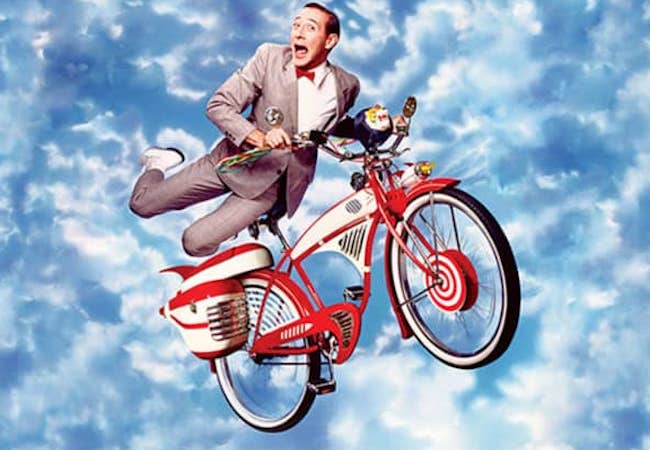 In today’s Movie News Rundown: The Safdie brothers will produce a Paul Reubens/Pee-wee Herman doc; Netflix may do something about the whole password situation; Ron Howard’s cave-rescue movie has a cast.
Good Time: In too-good-to-be-true news, Deadline reports exclusively that Uncut Gems directors Josh and Benny Safdie are producing a two-part documentary about Paul Reubens, aka Pee-wee Herman, for HBO Documentary Films. Matt Wolf (Spaceship Earth) will direct.
Ulp: After years of looking the other way, Netflix is testing a new feature that could be the start of a crackdown on password sharing. The Hollywood Reporter says some viewers are getting messages that say, “If you don’t live with the owner of this account, you need your own account to keep watching.” Users then have to verify their right to use the account.
Unrelatedly: Just want to give a big shoutout to everyone in my household — my wife, mom, mother-in-law, multiple siblings who have different last names and Aaron and Keith from the Low Key podcast.
Here Is Your Thai-Cave-Rescue Cast: The fact that the three leads are Viggo Mortensen, Colin Farrell, and Joel Edgerton brought immediate concern that the film might be a “white savior” narrative. The three will be playing real people, however, so there’s that. Sadly, there is no indication that anyone pictured below will be playing Elon Musk.

Viggo Mortensen, Colin Farrell, Joel Edgerton will star in Ron Howard's Thai cave rescue movie. So… this is going to be exactly what we thought it would be. https://t.co/iK0ifKWFDP

One Year: It’s been a year since Tom Hanks and Rita Wilson tested positive for COVID-19, becoming the best-known people up to that point to be diagnosed with the illness that would soon change all of our lives. In his address to the nation last night, President Biden announced that he will direct states to make the vaccine available to all adult Americans by May 1.
Comment of the Day: “I’m not a McConaughey disciple, but he more qualified, as a human being (celebrity or not), than the current slimeball Reptilian occupying that position,” writes “A Texan” in response to yesterday’s item about Matthew McConaughey considering a run for Texas governor.
If McConaughey Wins: Maybe he can finally fix this situation.