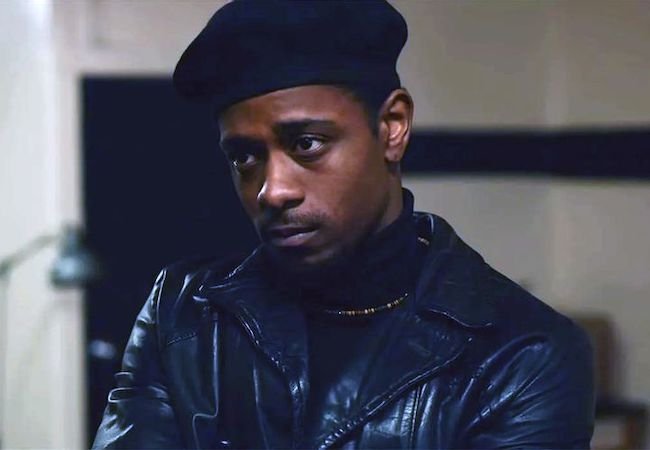 In today’s Movie News Rundown: The complex POV of Judas and the Black Messiah; Joaquin Phoenix will star in Ari Aster’s mysterious new project; Kate McKinnon will not play a blood-obsessed CEO; midnight madness for Disney+.

But First: Here’s the story of Morbid, a death-metal musician whose life was all-but-ruined by online sleuths who decided he must have killed Elisa Lam. He didn’t! Lam’s mysterious death is the subject of Crime Scene: The Vanishing at the Cecil Hotel.

WandaVision Is Just Too Popular: Disney+ received thousands of reports of West Coast outages as midnight broke and a new episode of WandaVision arrived, The Hollywood Reporter says. Wait, how do we know everyone wasn’t looking for Steamboat Willie?

Recommendation: The High Score docuseries on Netflix is an awesome origin story of video games from Pac-Man to Donkey Kong to Sonic the Hedgehog. It’s also very fun to see the beautiful mansions of people who invented other, now-forgotten video games four decades ago.

Aster + Phoenix:  A24 will produce and finance the next film from Hereditary and Midsommer director Ari Aster — which will star Oscar winner Joaquin Phoenix. Deadline, which broke the news, says details are scarce but that the film will be “an intimate, decades-spanning portrait of one of the most successful entrepreneurs of all time.” Any guesses? I say Alistair Crowley. Or, since we’re all talking about Steamboat Willie, maybe Walt Disney.

Exit Kate McKinnon: Deadline says the Saturday Night Live powerhouse will no longer star in Hulu’s The Dropout, about Theranos founder Elizabeth Holmes, who dreamed of disrupting the blood-testing game. Jennifer Lawrence was previously announced to play Holmes in a separate project, Bad Blood, to be directed by Adam McKay and based on the meticulously researched page-turner of the same name by Wall Street Journal reporter John John Carreyrou.

Okay, Alright, Fine: Because America has Steamboat Willie Fever, here is the original film from 1928. PLEASE do not share spoilers online until everyone has time to see it.

Questlove and Sly Stallone: Ahmir “Questlove” Thompson will follow up his Sundance award-winning Summer of Soul with a documentary about Sly and the Family Stone frontman Sly Stone. Variety has the details.

Steamboat Willie Backlash: I have received your comments, tweets and emails and agree with you: Shame on Walt Disney for the orgiastic miasma of wanton animal cruelty that is Steamboat Willie.

Comment of the Day: Here’s a reader excited about Regina King playing Shirley Chisholm in a film about her 1972 presidential run: “Can’t wait to see Shirley. In the primary that year, as a brand-new voter I was privileged to cast my first ever presidential vote. I am not sure I have ever voted since without thinking of that primary vote I cast for Shirley Chisholm. How different the world might have been,” writes Terry, who is, full disclosure, my dad. Love you, Pa!

Have a great weekend, everyone.

Morbid: Everything You Need to Know About the Man Falsely Accused of Killing Elisa Lam
Darius Dawson’s ‘A Rodeo Film’ Is a Story of Western Brotherly Love — by Way of Singapore