Rundown: How’d Those 2020 Predictions Work Out? 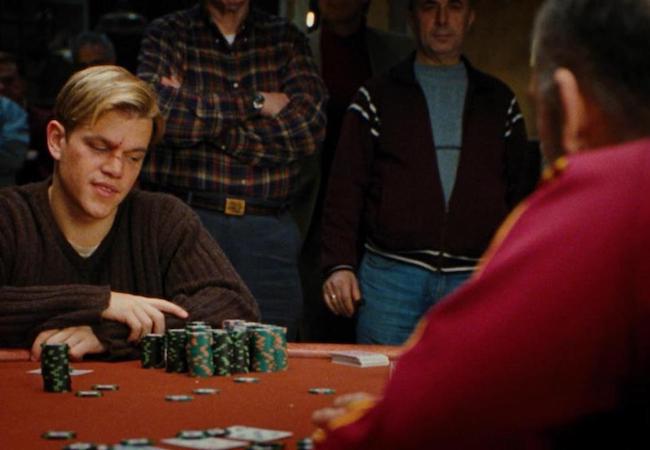 In today’s Movie News Rundown: 2020 by the terrible numbers, and some predictions from this time last year that didn’t quite come true. Plus: R.I.P to Breakin’ star Adolfo “Shabba-Doo” Quiñones, and a wide-ranging talk about Ma Rainey’s Black Bottom.

For Moviemakers Only: We’re going to start 2021 with a lengthy list of what film festivals around the world are looking for in terms of submissions, so you can perfectly strategize where to submit that incredible film you’ve already made, or about to make. Update: Here it is!

2020 By the Numbers: Total domestic gross was just over $2 billion, according to Box Office Mojo, less than a fifth what it was in 2019, when it was about $11.4 billion. Our top movie was Bad Boys for Life, which had the foresight to come out in January, before all… this happened. At the time of this writing, fewer than 40 percent of theaters are open. I can’t even get into the human cost. The good news is that the stimulus package finally approved this week includes $15 billion for theaters and live venues.

R.I.P. Adolfo “Shabba-Doo” Quiñones: The actor, dancer, choreographer and director who helped pioneer the dance form known as locking and played Ozone in the two Breakin’ movies, has died, The Hollywood Reporter says. He was 65. Quiñones told Icon vs. Icon that he got his name when he was dancing at a club in L.A.’s Crenshaw strip under the name Sir Lance-a-Lock. He changed his name when he heard the R&B group Bloodstone riffing variations on the phrase “Shabba Doo.” He became a directing fellow at the American Film Institute, and went on to make the 2017 documentary The Kings of Crenshaw, which is also the title of his memoir. And his choreography career included working on Three 6 Mafia’s 2006 Academy Awards performance  on the night the group won best original song for “It’s Hard Out Here for a Pimp” from Hustle & Flow.

Let’s Talk Ma Rainey: On the last Low Key podcast of the year, Keith Dennie, Aaron Lanton and me talked about the deceptively straightforward Ma Rainey’s Black Bottom — what we thought of Chadwick Boseman’s final performance, what the film says about religion, and if there’s a Marxist argument at work in the story of arguing musicians one hot day in 1927. Like every episode of the Low Key podcast, this one is good. You can listen on Apple or Spotify or here:

Predictions: This time last year, entertainment publications made some predictions about how 2020 might go. Looking back at them is a sometimes heartbreaking exercise in how little we knew. So here’s how the predictions turned out.

—Wrong: TheWrap cited experts who made a series of predictions, including that Apple would buy a major studio and Netflix would be acquired. Nay, ’twas not to be.

—Wrong: Variety predicted that “a woman will direct the year’s top-grossing film,” noting that five major movies scheduled for 2020 — Birds of Prey, by Cathy Yan, Mulan by Niki Caro, Black Widow by Cate Shortland, Wonder Woman 1984 by Patty Jenkins and Eternals, by Chloé Zhao—were all from female filmmakers. This seemed like a great prediction at the time, but Black Widow and Eternals still haven’t come out, Mulan went to Disney+, and Wonder Woman 1984 streamed on the day it was finally released theatrically. Birds of Prey got a proper theatrical release but didn’t end up on top. The top film of 2020 was, again, Bad Boys for Life, which only one person on earth had the swagger to predict: Will Smith’s character in Bad Boys for Life.

—Right: Variety predicted the MGM would go up for sale. It did!

—Wrong: Variety also predicted that The Mandalorian co-star Baby Yoda would get his own spin-off series. In fact, he is one of the only Mandalorian characters not getting his own spinoff, as more than 10 new shows are in the works.

—Wrong: Also, no one successfully predicted that Baby Yoda’s name would turn out to be Grogu. I myself bet big that his name would be “Boofman Stardestroyer,” and lost my claim to a tibanna gas mining colony. You live and learn.

This Is How You and Your Pod Should Celebrate New Year: Here’s Quiñones as Ozone (in the black hat), shutting it down, accompanied by a rapper-actor you may recognize.