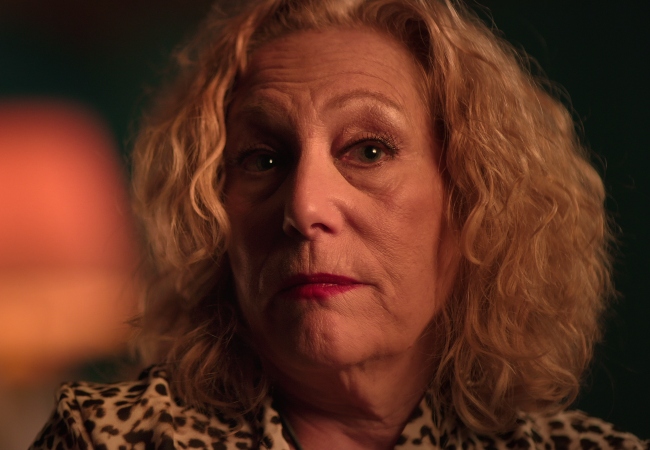 Romola Hodas had never heard of “Times Square Killer” Richard Cottingham before she was interviewed for Joe Berlinger and Ron Howard’s new Netflix docuseries Crime Scene: The Times Square Killer. But her memories of 1970s Times Square — a time and place when the little-known serial killer was, unbeknownst to her, silently preying on sex workers — are as fresh in her mind as ever.

Hodas — Romola, that is — shares her vivid memories of the old Times Square in all three episodes of Crime Scene: The Times Square Killer.

“Walking down the street, especially if it was summertime, was just a mixture of a lot of not-so-nice smells. It was very dangerous and grungy at the same time as being exciting,” she told MovieMaker.  “That was the appeal of it. The danger, the drugs, the women, the excitement — it was like a mixture, which was kind of an interesting, strange combination, that made it what it was.”

Even though she often made trips to Times Square to visit her father’s office while Cottingham was prowling the streets and committing some of his most heinous crimes — including the murders of sex worker Deedeh Goodarzi and a still-unidentified woman at a Times Square hotel in 1979 — she doesn’t remember seeing headlines about the murders, nor Cottingham’s arrest the following year.

“I didn’t know anything about him,” Hodas said. “It’s funny, because all my friends, every one of my friends, said, ‘Where was I? I do not remember this.'”

The overall lack of public awareness about Cottingham and his victims was part of the reason that Berlinger, who directed the docuseries, chose him as the focus for this season.

“He’s interesting in the annals of serial killing, because there are certain serial killers we all know,” Berlinger told MovieMaker ahead of the docuseries’ premiere last week. “If you ask most average people, ‘Hey, name a couple of serial killers,’ they’ll name [Jeffrey] Dahmer, [John Wayne] Gacy and [Ted] Bundy. But nobody really knows who Cottingham is because he preyed upon sex workers.”

Today, all of the Times Square buildings once owned and operated by Hodas’ father have been turned into restaurants and retail stores. The moment she realized that everything was about to change was when former New York City mayor Rudy Giuliani closed Show World, the sex emporium nicknamed “The McDonalds of Sex.”

“I remember when Giuliani closed a store that was across the street from Port Authority,” Hodas said, “to put up the New York Times building. And when that happened, my father just knew it was over.”