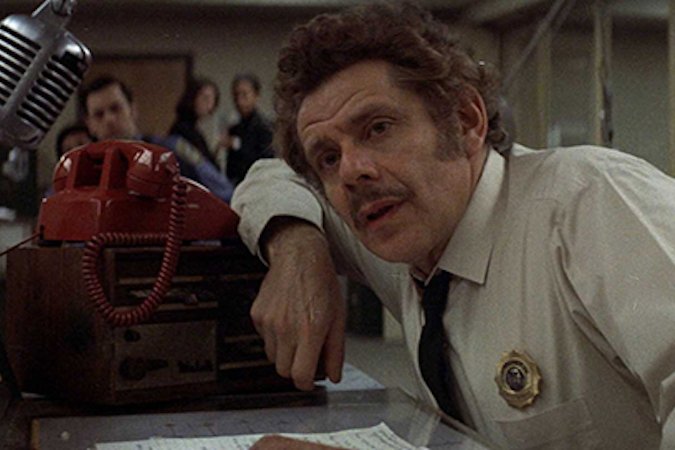 RIP Jerry Stiller: “I’m sad to say that my father, Jerry Stiller, passed away from natural causes,” Ben Stiller wrote this morning. “He was a great dad and grandfather, and the most dedicated husband to Anne for about 62 years. He will be greatly missed. Love you Dad.” Jerry Stiller, 92, was best known to younger audiences for Seinfeld and King of Queens, but also shined in films like 1974’s The Taking of Pelham One Two Three and 2007’s Hairspray. I first remember seeing him in “Shoeshine,” an Oscar-nominated short that aired on MTV in 1987.  In the film, an older shoeshine man on the Staten Island shines the shoes of a yuppie-on-the-move while they talk about life. There’s a great twist at the end that you may be able to guess from the actor playing the yuppie — a very fresh-faced Ben Stiller.

Cannes-celled: The Cannes Film Festival is going touch-free this year by not happening at all. Screen Daily exclusively reports that Cannes will collaborate with some other festivals, including Venice, to present some films, but that organizers have ruled out a physical festival for the time being. 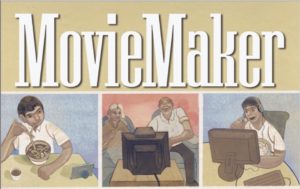 A Special Offer: There’s a new issue of MovieMaker Magazine out, with interviews with people like Carey Mulligan and Emerald Fennell, our complete list of 50 Film Festivals Worth the Entry Fee, advice on how to to get a grant, and much more. But we understand if you don’t want to go out to a newsstand to get it.

So: If you use PayPal to send $5 to deirdre@moviemaker.com, we’ll mail the issue directly to you, postage included. That’s 25% off the cover price. Please remember to include your shipping address?

Life Imitates Art: You may have seen a story today that South Dakota’s governor is demanding that two Native American tribes take down COVID-19 checkpoints they’ve set up to keep people with the infectious disease from entering their sovereign land. The super-timely new horror film Blood Quantum is about — yes — indigenous people trying to protect their sovereign land from people with an infectious disease. Here’s my interview with Blood Quantum director Jeff Barnaby about the deeper meaning of his zombie film, and here’s why Blood Quantum is called Blood Quantum. Look, we know it can be hard to keep track of who’s right and who’s wrong when indigenous tribes disagree with federal or state governments, so here’s a simple system to remember who’s right: the tribes.

Our Long Global Nightmare Continues: I’ve lost count of the number of days this has been going on, and am honestly losing it. What once seemed impossible has somehow become our new reality. Has it been weeks? Months? Years? And yet still, somehow, people are still talking about AMC and Universal’s fight over Trolls World Tour. Today’s update: The Hollywood Reporter took a poll. Can you imagine someone calling your home in these trying times, asking if you can take part in a national poll — and then finding out the poll is about Trolls?

Sundays in the Pod With Val: The New York Times podcast The Daily has started a newish thing called “The Sunday Read” where every Sunday, they read you an absolutely lovely long-form feature. The latest one is an audio version of the magnificent, funny, moving feature that Taffy Brodesser-Akner wrote about Val Kilmer — you know, the one I tried to convince you to read last week? The audio version is somehow even better. Click here to listen to The Iceman In Winter.

The photo above of Jerry Stiller in The Taking of Pelham One Two Three is courtesy of United Artists.

Disconnected Is a Show About the Quarantine — Shot During the Quarantine
Kane Guglielmi Sold His House to Make Cooped Up. Now It’s the Most Timely Film of the Year