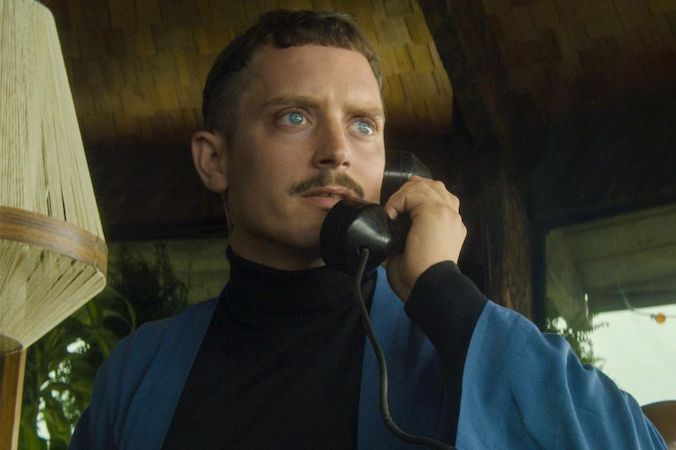 And the director of Come to Daddy just loves the review.

“2020 is still young, but trust me—the year won’t get any worse than this,” writes Reed in his review of the film for The Observer, where he has been the film critic for three decades.

Reed is known for savage reviews, and Ant Timpson, director of Come to Daddy, is more than okay with that. In fact, his only regret is that Reed didn’t pan one of his previous films, ABCs of Death.

“I have dreamed about the immortal Rex Reed going to town on one of my films,” Timpson wrote on Twitter. “He was going to dump on ABCs OF DEATH but walked out of it. So seeing this… well… absolute tears of joy.”

Timpson did have one issue, however: Reed spoiled a lot of the film in his review. So he advised fans to “read after you watch it.”

Of course, Reed doesn’t recommend checking out Come to Daddy.

Reed had a rough week of screenings, from the sound of things: He also said the Will Ferrell/Julia Louis-Dreyfus comedy Downhill is “a perfect example of a bad film that doesn’t have a clue about what kind of movie it wants to be.”

Come to Daddy stars Wood as a young man who goes to visit the father who deserted him when he was a child. “Sporting a bizarre circular soup bowl haircut and a tattooed neck, he plays Norval, a disco DJ and recovering alcoholic with wrist scars from an attempted suicide,” Reed writes.

We were going to check out Downhill this weekend but maybe we’ll go see Come to Daddy instead. It sounds fun.

Come to Daddy, directed by Ant Timpson and starring Elijah Wood, is now in theaters and available on video on demand.

Let’s Discuss Fall From Grace, the Movie Tyler Perry Shot in 5 Days
Sophia Loren Returns to Screen for First Time in a Decade in Netflix’s ‘The Life Ahead’