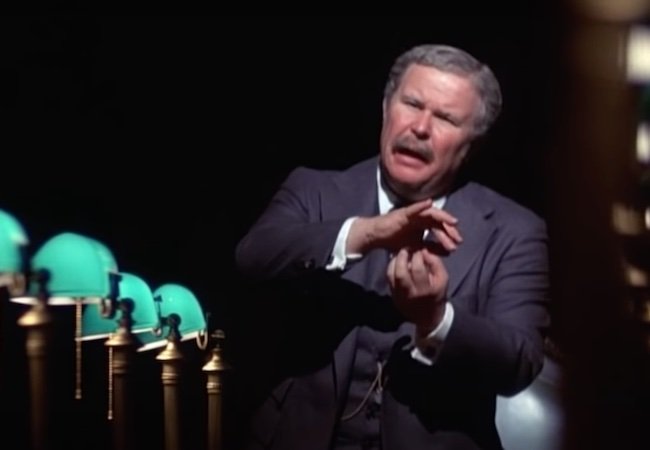 R.I.P. Ned Beatty, an actor who could sell anything; Karen Allen shares some Raiders of the Lost Ark memories; George Romero directing advice. All in today’s Movie News Rundown.

Karen Allen: To mark the 40th anniversary of Raiders of the Lost Ark, she talked with us about her best — and worst — memories of making one of the greatest films of all time. And also about the other potential Indiana Joneses she met before Harrison Ford, and how she and Ford bonded over watching Wimbledon.

George Romero: His long-lost 1973 film The Amusement Park, about society’s awful treatment of the aged, is now airing on Shudder. So we’re re-sharing George Romero: Things I’ve Learned as a Moviemaker, originally published in 2010. The first thing the Night of the Living Dead mastermind suggested: show don’t tell. And accomplish that through rewrites.

In the Heights: The acclaimed musical, released simultaneously in theaters and on HBO Max, had what The Hollywood Reporter calls a “tepid” debut, earning $11.4 million at the box office to come in second to A Quiet Place Part II, which was released two weeks ago and is not yet available for home viewing.

R.I.P. Ned Beatty: Ned Beatty, who unforgettably debuted in 1972’s Deliverance, and could play cowards, yes men, good ol’ boys and corporate titans with equal flair, has died at 83. His run in the 1970s is especially impressive, and he appeared in more than 150 film and TV roles include Nashville (1975), All the President’s Men (1976), Superman (1978), Back to School (1986), Rudy (1993) and Homicide: Life on the Street, from 1993 to 1995. He earned an Academy Award for Network, in which he delivers a blistering, explosive speech about how the world works — while making clear to rebel anchorman Howard Beale (Peter Finch) that it’s just part of the job.

‘They Say I Can Sell Anything’: Here’s Ned Beatty in Network.