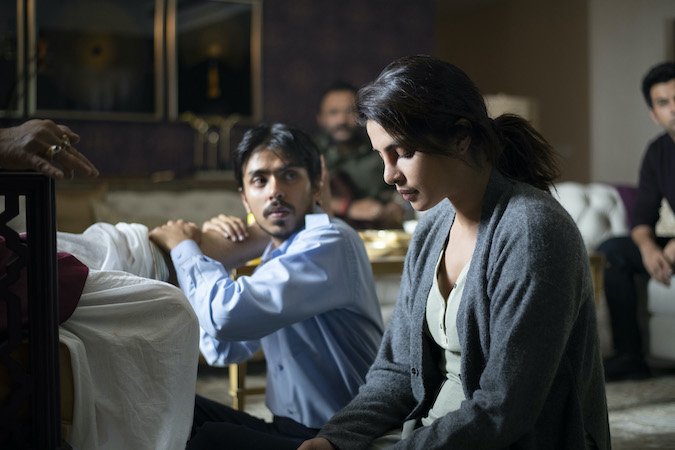 Priyanka Chopra Jonas secured the role of Pinky Madam in The White Tiger by ignoring what director Ramin Bahrani suggested during a casting session.

The Netflix film is based on the 2008 novel by Aravind Adiga about a young man named Balram who goes to extremes to rise in social class. Bahrani was certain that he didn’t want a movie star for the lead character, Balram, and ultimately chose a then-unknown Adarsh Gourav for the role.

Finding the female lead was complicated, he says.

“Priyanka, in her own words, was vying to get the role, because she had loved the book, and thought it was an important, socially relevant, meaningful work of literature. She had seen my films and responded to those, and so I met with her. We did an audition, just me and her with an iPhone — I was filming and doing the other role. We went to a scene that we had always struggled with other actresses to figure out how to do it, and I was convinced it was a problem.”

Bahrani auditioned Chopra Jonas with the second half of a scene that ultimately didn’t make the final cut of the film.

“It’s her big scene with Balram on the sofa, where she talks to him about her past, where she comes from Jackson Heights,” he says. “And she tried something that I thought made no sense. I was like, ‘Well, that’s interesting. Maybe we could try something different.’ I tried and encouraged her to find another way around it. And instead of doing that, she went in her own direction, but even more.”

He was initially taken aback by Chopra Jonas’ decision to ignore his notes, but her boldness made him recognize she was right for the role.

“She became the one person that got that scene to work by going deeper into her own instincts. And I’m like, ‘Damn, if your instincts are this good for this character, you’re the right person for this part.'”

The White Tiger, directed by Ramin Bahrani and starring Priyanka Chopra Jonas, is now available to stream on Netflix. Photo by Singh Tejinder.

I Made Breaking Fast Because No One Else Had Ever Told My Story
Sundance Survey: Moviemakers Give Us an Inside Preview of 19 Sundance Films