What Was the Petrozavodsk Phenomenon, the Jellyfish-Shaped UFO Seen Over Russia in 1977? 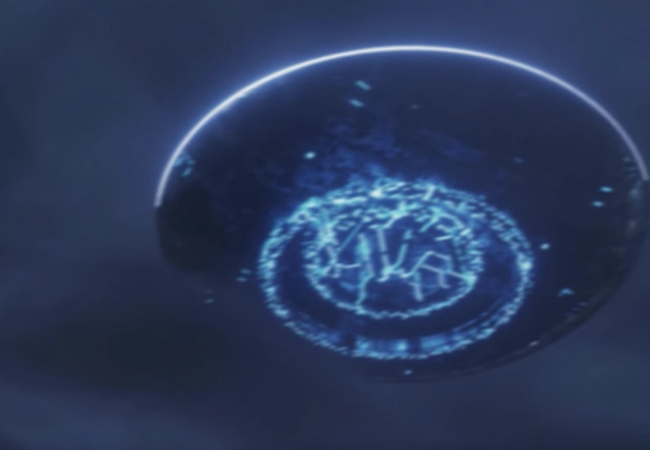 On Sept. 20, 1977, what would later become known as the Petrozavodsk phenomenon occurred when sightings of a huge, jellyfish-shaped object in the sky were reported by people in Russia and Finland, according to the Soviet Secrets episode of Netflix’s Top Secret UFO Projects: Declassified docuseries.

The six-episode series covers the stories of people who say they’ve seen unidentified flying objects and other extraterrestrial phenomena all over the world.

One of the strangest sightings the series investigates is the Petrozavodsk phenomenon, named after the northern Russian town of Petrozavodsk, Karelia, which was at that time a part of the Soviet Union.

According to the docuseries, in the early morning hours of that fateful day in September 1977, eyewitnesses reported an amethyst-colored object with pulsating tentacles of light reaching down from the craft to the city below.

“That case which took place in Petrozavodsk was a real one. And that transformation which people reported when [the] UFO took a different form gave a lot of material for thinking, for discussion,” UFO author Valery Uvarov says in the docuseries.

According to UFO researcher Paul Stonehill, the Soviet government’s explanation for the incident was that people had simply seen a satellite launched by the Russian space program.

Also Read: Down With the King Is for Everyone Who Loves Film, Hip-Hop and the Great Outdoors 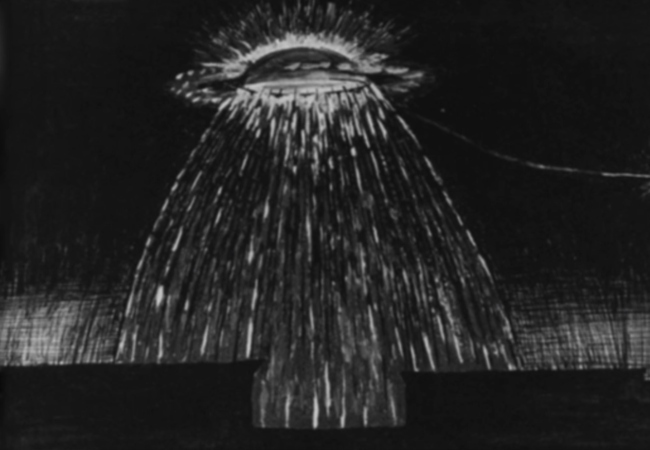 A drawing of the UFO people say they saw over Petrozavodsk, Russia in 1977 pictured in Netflix’s Top Secret UFO Projects: Declassified

“People felt unusual psychological gloom the day before. This cannot be explained by Cosmos launching,” Stonehill says in the docuseries, referring to the Soviet spacecraft named Cosmos. “And the Soviets, they tried to cover up after that — but it’s a very strange case, and Petrozavodsk is in north Russia. It’s a very interesting territory. They have had UFO sightings for centuries.”

According to the Netflix docuseries, the Petrozavodsk incident prompted a meeting at the Soviet Ministry of Defense in Moscow, “the outcome of which was the creation of two new departments devoted to top-secret UFO research,” the narrator of the docuseries says.

But Stonehill says that the explanation given to the public didn’t match up to the investigation being done behind closed doors.

“They couldn’t explain the presence of the jellyfish-like object over Petrozavodsk. If it was only Soviet technology that they had mistaken, why create a special program to study UFOs?” he asks.

According to a report from the Academy of Sciences of the USSR done by scholars L.M. Gindilis, D.A. Menkov, and I.G. Petrovskaya on the Petrozavodsk phenomenon in Oct. 1977, eyewitness observers in Leningrad reported that the UFO had “a bright luminous cylindrical body slowly descending towards the horizon,” and that “the body shone with a dazzling white light,” with rays of light emanating from it in all directions.

The report also notes that observers who say they saw the phenomenon flying over Helsinki, Finland, reported “the passage of a brightly luminous spherical body,” that “left a trail of smoke as it moved.”

The report is available to read via Astronet.ru, an online project for sharing scientific research supported by Moscow State University’s GAISh research institution as well as the Russian Foundation for Basic Research and several other organizations, according to the project’s website.

With only eyewitness reports to go on, we may never know exactly what happened in the sky in September 1977. But there is never a lack of theories in Top Secret UFO Projects: Declassified, streaming now on Netflix.

Main Image: A dramatic reinterpretation of the Petrozavodsk Phenemonen in seen over the Soviet Union in 1977 pictured in Top Secret UFO Projects: Declassified on Netflix.

Down With the King Is for Everyone Who Loves Film, Hip-Hop and the Great Outdoors
Here’s Jennifer Hudson as Aretha Franklin Singing ‘Think’ (Video)