Down With the King Is for Everyone Who Loves Film, Hip-Hop and the Great Outdoors 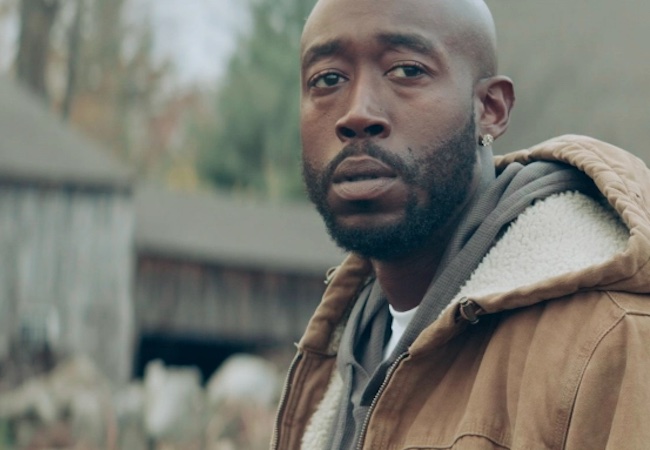 Down with the King tells the story of a very successful rapper named Money Merc (real-life rapper Freddie Gibbs), who goes into the mountains to complete his latest album. But as Down With the King director Diego Ongaro and cinematographer Daniel Vecchione explain in the new MovieMaker podcast, Merc still can’t escape the pressures of the rap game.

For the first 20 minutes or so of the exquisitely shot film, I thought I was watching a documentary. Maybe Freddie Gibbs really did retreat to the Berkshires of Western Massachusetts as he tried to wait out COVID-19?

Then the appearance of the very recognizable actor David Krumholtz, who plays Money Merc’s increasingly desperate manager, shattered the illusion. But everything else about the production stayed true to a cinéma vérité feel — which was exactly what Ongaro and Vecchione intended.

“It was important to get a person that’s not an actor, who’s going to be a real rapper, and that we are going to be able to follow in his creative process, and him basically sort of being who he is in real life, but sort of project him in this fictional situation, and character,” says Ongaro.

“The style that Diego and I were going for was sort of this… aggressive naturalism,” adds Vecchione, who says they went into each scene with “the feeling of this is not going to happen again.”

Vecchione captures autumn and early winter in the Berkshires gorgeously — but the film also has the confident realism of hip-hop. He achieved the look with BlackMagic Pocket Cinema 6K cameras, which are small and unobtrusive but capture the cinematic sweep of the skies, mountains and streams. Anamorphic lenses, which project an oval-shaped image and capture more horizontal information in each scene, contribute to the you-are-there feel of both big and intimate scenes. 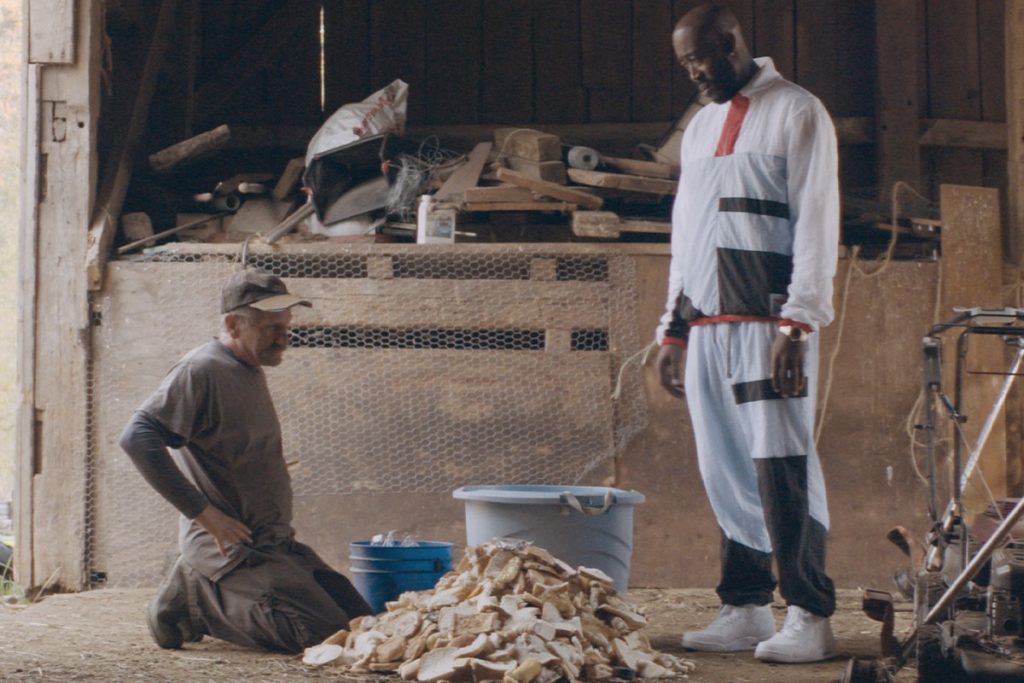 Bob Tarasuk and Freddie Gibbs in Down With the King.

The cinéma vérité influences on the film are understated and seductive, but the flashiest moment comes when Merc is lured back to New York City for a massive concert, apparently attended by tens of thousands of bouncing, screaming fans. It was actually shot in the Berkshires, with a shockingly small number of actors. Ongaro and Vecchione achieved it with carefully selected stock images, excellent sound design, and by shooting a few masked extras, filmed from behind.

“We only had a 15 or 16 extras for the whole scene,” Vecchione explains on the podcast. “So all the huge [crowd] stuff is stock footage. And then we mixed in these 15 or 16 extras, while we’re in the middle of a pandemic. So everyone had their masks on, they’re largely silhouetted, and we used long lenses, and really energetic camera moves. Some places you feel like you’re in the third row, fourth row at a concert, a really energetic concert, which we ended up shooting at Mass MOCA.”

You can listen to the full interview with Ongaro and Vecchione on Apple, Spotify, Google, or above.

Down With the King, a Breaker Studios production, premiered in July at the Cannes Film Festival.

Main image: Freddie Gibbs in Down With the King.

How Life & Life Filmed Inside San Quentin State Penitentiary
What Was the Petrozavodsk Phenomenon, the Jellyfish-Shaped UFO Seen Over Russia in 1977?