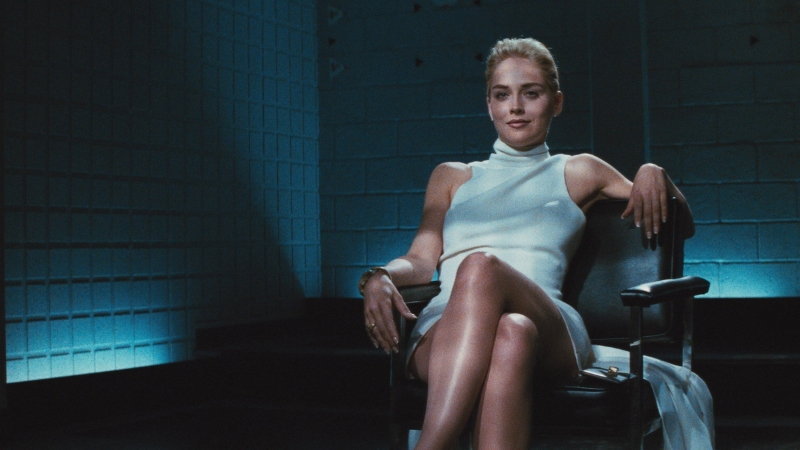 The two previously collaborated on 1987’s RoboCop — which Neumeier co-wrote with Michael Miner — and a decade later with Starship Troopers (1997). But this new project is not science fiction.

“Young Sinner is a political thriller set in Washington, D.C.,” Neumeier says. “Our heroine, a young staffer who works for a powerful Senator, is drawn into a web of international intrigue and danger, and of course there is also a little sex.”

“I’m really think that what Neumeier and I, at this moment, want to do with this script, Young Sinner, will be an innovative version of movies like Fatal Attraction and Basic Instinct,” Verhoeven explains. “And it would not be adding all kinds of digital elements. As little as possible.”

Verhoeven says he has been looking for this type of film for “the last 10-15 years.” And his own Black Book from 2006 “was a little bit like that already, and even Elle, because that’s also some kind of thriller.”

But where those two were smaller arthouse films, Young Sinner promises to be something bigger.

“But this would be more explosive, and more open-minded to a big audience,” Verhoeven says.

“We have been consulting with a former intelligence officer, Ron Marks, who is trying to keep us real about Capitol Hill and the spy business, but satire always seems to emerge when Paul and I work together, so I expect our new adventure will have a light tone,” Neumeier says.

Creating that light tone involves lots of laughter during the creative process. “If you see us working basically, it’s often just laughing. We laugh at our own satire that we bring in, not because we want to bring it in — it comes from our conversation. It just pops up,” Verhoeven says.

In our recent Things I’ve Learned feature, Verhoeven points to these raucous meetings with Neumeier to advise moviemakers never to force satire. It should be a natural inclination.

This article has been updated on 12/3/2021 with information from Edward Neumeier.

Benedetta, directed by Paul Verhoeven, opens in theaters on Friday.