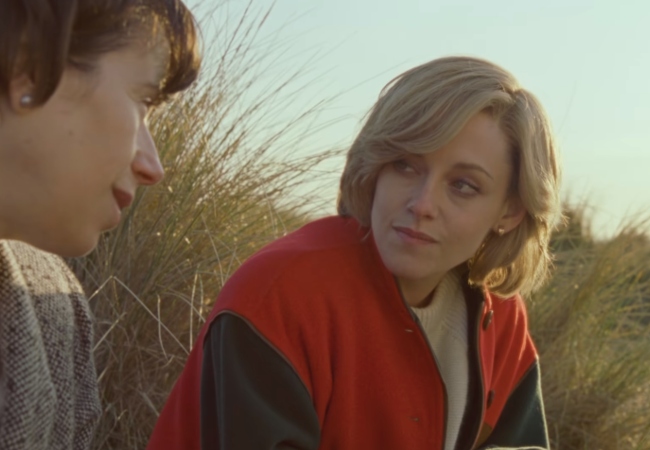 When Pablo Larraín saw Princess Diana on TV as a child, he saw her in large part through the eyes of his mother. Now, he’s a parent himself — and sees his film Spencer, about a few crucial days in Diana’s life, as “a movie about motherhood.”

“Look, I grew up seeing my mom,” Larraín told MovieMaker of his personal connection to Diana on the latest episode of the MovieMaker podcast, which you can check out on Apple or Spotify or above. “Then when she died in 1997, I kind of realized that my mom was one person out of hundreds of millions around the world. And I was like, Why? What is it that someone like Diana had that creates such an incredible empathy? What was the magnetism? Where was it coming from?”

Larraín is known for another movie focusing on a strong mother — 2016’s Jackie, about former first lady Jacqueline Kennedy-Onassis, which was nominated for three Oscars.

“After we made that movie, it felt like a right and interesting continuation to make a movie about Diana,” he said. “I didn’t expect that the movie was going to turn out like this.”

After two years of reading “pretty much anything or everything” about Princess Diana, aka Diana Spencer, Larraín realized, “it was really impossible to know who she was. And that is something wonderful.”

It wasn’t until he was part of the way through making Spencer that he realized what it was really about.

“That might seem quite obvious now, but I have to admit that it wasn’t in the top of my head when we started. And that that happened, thanks to those boys, you know, to the kids that actually play William and Harry.”

12-year-old Jack Nielen plays William and 10-year-old Freddie Spry plays Harry. Larraín said he got to know the boys well, and that Nielen would sometimes ask if he could sit with Larraín on set.

“He would be seated next to me in the video, you know? Like, just like with his feet on the monitor, just like having, I don’t know, a cookie or whatever,” Larraín said. “And he was very interested in the filming process. He was very curious and asking many questions, and I have a son of his age. And then I somehow saw myself reflected in that kid, you know, and as a son, too. And that also made me understand, what are my limitations as a man, when you’re making a movie about a woman? And that’s where Kristen [Stewart] became so relevant.”

“I’ve worked with strong and wonderful actresses before, and I think I’ve done that as well in the past — when do you empower them and say, look, how, what do you think about this?” he added. “And they will tell you, and then you have to follow them and understand that they have a perception of the character that he would never be able to have.”

Spencer is in theaters now.

Grizzly II: Revenge: How a Producer’s Determination Finished a Decades-Old George Clooney and Laura Dern Horror Movie
House of Gucci Writer Says the Key Was to ‘Make It Very Ironic and Really Not Take the Characters Too Seriously’