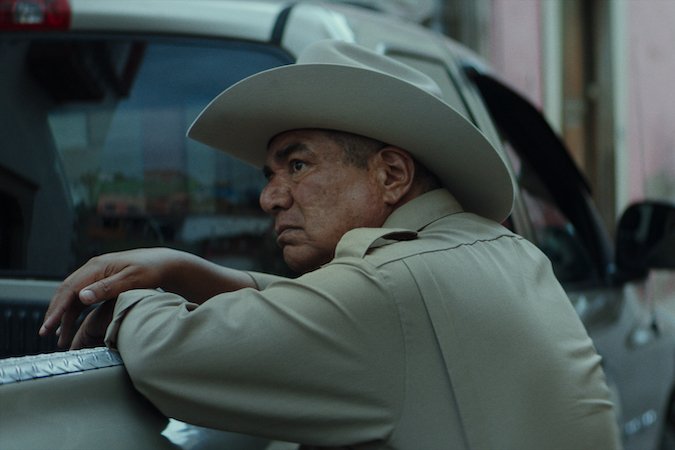 Conor Allyn is the director of No Man’s Land, a Western starring Frank Grillo, Andie MacDowell, George Lopez, and Jake Allyn, Conor Allyn’s brother. In this feature Allyn goes over how he developed a story that pays homage to the Western genre while telling a story along the U.S.-Mexico border.

“One camera? Really? One f—ing camera?”

The question was fired at me from the intensely passionate and passionately intimidating Frank Grillo. His first day on set, we were shooting a big night action sequence; the all-important Act I moment that sets into motion the rest of the film. It involved horses, cows, extras, a knife fight and a shootout. After a problem with a lighting crane, we were left with five hours to film the whole sequence.

“And with only one camera. Really?!”

After Frank was done with me, I asked myself once again, “Why did I do this to myself?”

When actor-writer Jake Allyn and I first conceived of No Man’s Land — a border film that deals with immigration, the wall, racism and culture politics — we knew the subject matter was packed with metaphorical landmines. In today’s hyper-polarized landscape, setting one foot wrong could alienate half the movie’s audience.

Our solution was simple: Frame today’s immigration trauma as a personal journey within a classic genre. Avoid the politics of the day in favor of a timeless human story.

Enter “The Western.” I’m an especially big fan of the revival of the brand in its contemporary form. Drawing inspiration from films like Taylor Sheridan’s Hell or High Water and Wind River, we felt we could use the medium to explore divisive social issues while still delivering the thrills of a great genre film.

We took our initial premise — a reverse-immigration journey of a gringo forced to enter Mexico illegally — and then leaned into archetypes of classic Western storytelling: the isolated family struggling on the frontier; the conflicted hero; the outlaw on the run to Old Mexico; the lone Ranger in pursuit; the vengeance quest of a bereaved father; the family that shelters a killer; the final shootout in a chapel.

But to each motif we added our own spin, subverting the tropes with a twist to tackle issues — and provoke audiences to examine preexisting beliefs.

We followed through with every aspect of the filmmaking. The cinematography went for that wide-screen, anamorphic look; vast deserts and merciless skies, with our characters often feeling small, surrounded by big, hauntingly beautiful landscapes. Our cinematographer, Juan Pablo (J.P.) Ramirez’ framing specifically evokes classic Westerns. Many times, I’d say, “Okay, J.P., we got that one. Now let’s set up the Sergio Leone shot.” 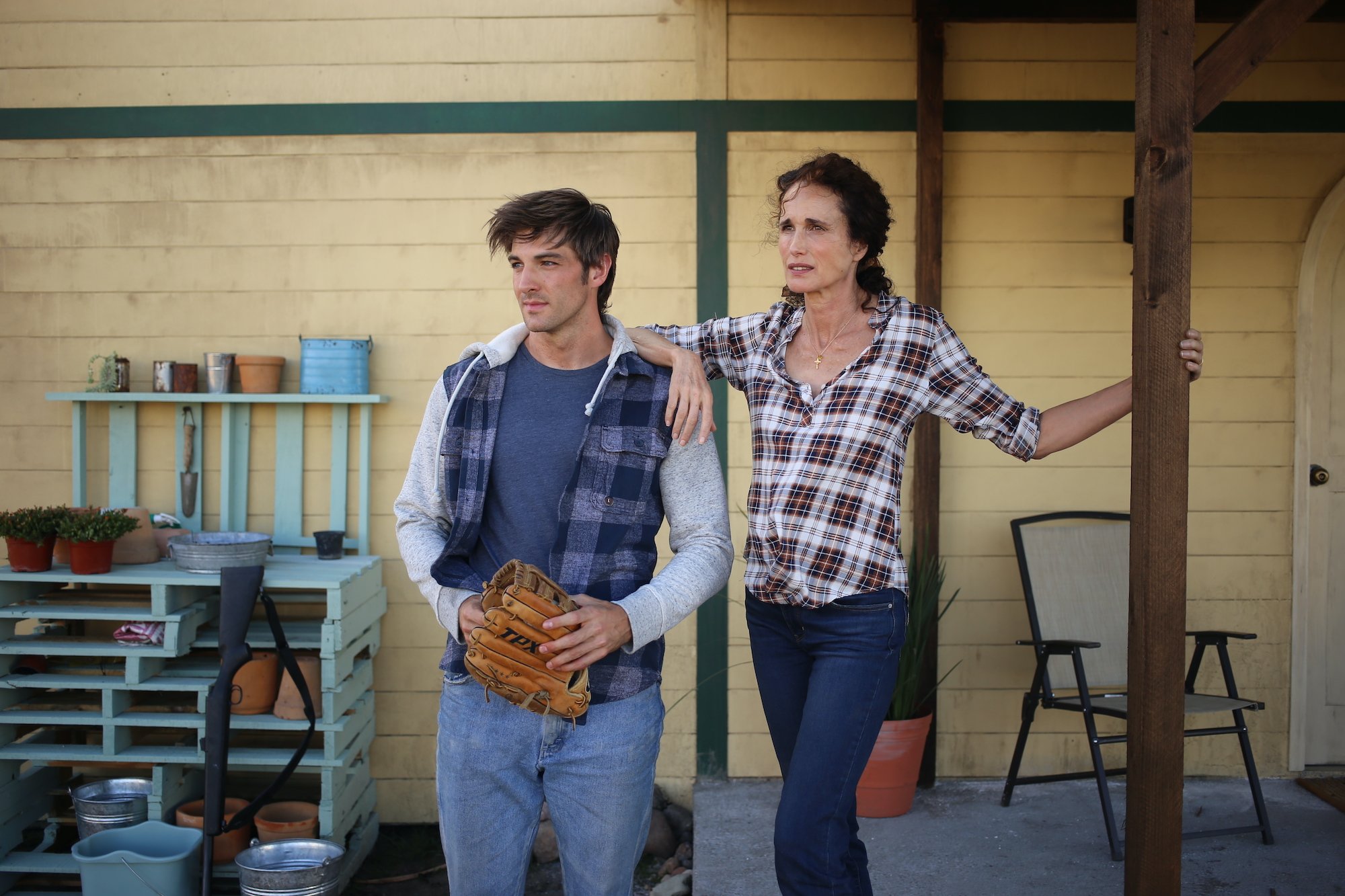 Jake Allyn and Andie McDowell in No Man’s Land, directed by Conor Allyn.

In production design, we embraced the genre to the max. Our frontier family lives on a dusty plain. Our protagonist rides a beautiful pinto, wears a worn cowboy hat low over his eyes and at one point whips his adversaries with his lasso. (We drew the line at rolling tumbleweeds into frame: Jake and I are from Texas and grew up with people thinking we had them in our yard.)

But we subverted tropes whenever possible. When Hollywood arrives in Mexico, suddenly everything turns yellow, dusty, sepia (think Traffic). In No Man’s Land, we do the opposite. We start on the dusty, arid frontier of South Texas. It’s only as we cross over into Mexico that our world becomes more vibrant, embracing the natural colors of the country’s diverse environment and the pastels of Mexican architecture. And spoiler alert: Eventually our hero loses that hat.

We also reduced the use of technology in the film and the filmmaking in front of the camera. That meant characters using 1970s TI calculators instead of computers and minimizing the use of cell phones. (We even found the last pay phone in Mexico, which I tried — unsuccessfully — to unbolt and move to a better spot). We also cut out as many vehicles as possible; horses are much more fun to work with (and I mean that!).

It’s not that we wanted the film to feel like it was set in 1981 or 1881 — we just didn’t want the audience to immediately know the story was in 2021. We’ve been fighting over this border for centuries. So we wanted a film that could have happened at any time in that saga.

This rule extended behind the camera, too. We were handheld as much as possible. Little steadicam. Rare VFX. We used a camera crane for exactly one shot. Despite the beauty and cost effectiveness of drones, we decided not to use those, either. It kept our look honest to the classic Westerns, but it also forced us to keep a style that is intensely intimate.

In one instance, we hauled camera and equipment up a mountain so we could get a shot of our hero arriving into the vast Mexican frontera. It would have been a lot easier with a drone, but we also wouldn’t have been able to put the camera right over our hero’s shoulder and see that vista the way he saw it. 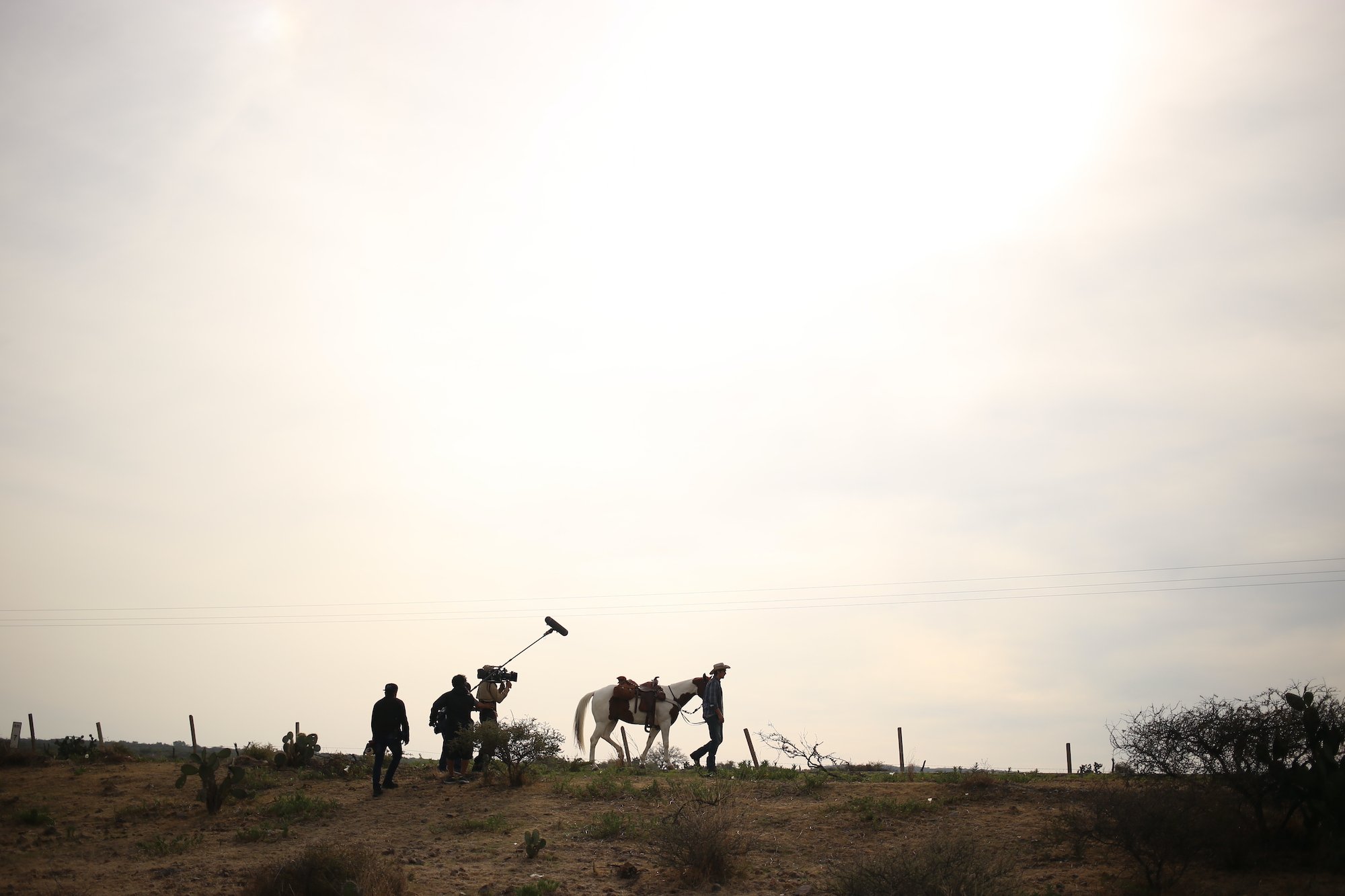 This personal perspective was critical. Our aim was to tell a human story, not a political one; to show that before we can solve border issues between nations, we must cross the borders within ourselves. We address the bigger geopolitical issue by zooming in on just two families — one in Texas, one in Mexico. Within those families, we strived to be even-handed. No good guys and bad guys, just shaded, three-dimensional characters drawn into a tragic situation because of a broader context well outside of their control. By keeping our characters authentic, and the audience as close to them as possible, we hoped anyone watching the film could see themselves in those characters — and feel what they feel.

That brings us to our one-camera dilemma. I had never directed a feature with only one camera. When J.P. suggested the idea, I was nervous. There’s something comforting about rolling two cameras: You’ll want those options in the edit, right?

Also read: Regina King Breaks Through (Again) With One Night in Miami, Her Directorial Debut

But the concept was also intriguing. One camera means focus. It means never compromising the A Cam so that B Cam can sneak in for a cutaway. It means knowing exactly what you need to see from your characters at any given point in a shot, and making sure you get that — and maybe only that.

So we did it: One f—ing camera. It helped that we were on a shoestring budget, too.

While I admit I had a few moments of doubt later, it was the right call. That big night scene ended up being our finest hour. We spent half the remaining time rehearsing: actors, horses, cows and single camera moving as one through the action of about a four-minute sequence. Then we shot the whole scene in beautiful, long, moving masters that seamlessly transition from wides to close-ups and character to character.

And the “one f—ing camera?!” It became a running joke between Frank and me and the rest of the cast and crew, but it also developed into a kind of mantra.

One camera. A constant reminder that even when shooting our most thrilling fight scenes or horseback chases, we were making a serious drama about real people, crossing borders within themselves.

No Man’s Land, directed by Conor Allyn, opens in theaters and on VOD on Friday, from IFC Films.

Baby God: Meet the Vegas Fertility Doc Who Secretly Used His Own Sperm on Countless Women
To Cast Balram in The White Tiger, Ramin Bahrani Made the Most of an Exploratory Trip to India and Went Off-Script During Casting