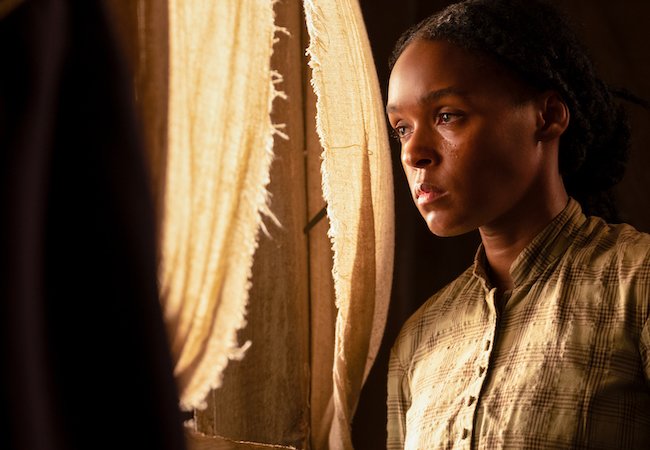 The filmmakers of the new Janelle Monae horror film Antebellum, Gerard Bush and  Christopher Renz, understand why you might think the plot of the film resembles that of Octavia E. Butler’s revered 1979 novel Kindred.

The novel is about a Black writer, Dana, who finds herself forced through time between her home in 1970s Los Angeles and pre-Civil War plantation. She must escape from slavery to return to her own time. The trailer for Antebellum, meanwhile, bounces between images of Monae looking very modern — and struggling to escape enslavement. The similarities may seem obvious.

But I’ve seen Antebellum, and I promise: Not the same as Kindred. Saying anything else would involve spoilers.

Also Read: Antebellum Directors on Why We Need Another Film About Slavery

Bush and Renz say they are very familiar with the social media claims, from people who haven’t seen Antebellum, that their film seems to resemble Butler’s work.

“From the trailers that are that are out there, we understand what that’s coming from,” Renz said. “But once people see the movie, they’ll know that it’s it’s not Kindred.

Bush adds: “Octavia is is brilliant. But Kindred had nothing to do with the movie.”

In the latest MovieMaker Interviews podcast, he explains that the inspiration for the film came to him in a dream after a very difficult period when he and Renz move to Los Angeles in 2017. His father and brother suddenly died, leaving him reeling.

“I couldn’t quite get my feet in Los Angeles, because I was so traumatized by these events. And so I had a horrific nightmare. And that nightmare was essentially Antebellum. … what it did have in common with Kindred was that it felt ancestral.”

He said the social media comments have been frustrating, but that he hasn’t engaged.

“Black Twitter is, you know, black Twitter is its own thing. So yeah, it feels at times it is you feel helpless. Because, you know, I can’t sit and engage with everyone or anyone. It’s for them to experience the movie on their own. And once they do, then they’ll find out that that’s not the case,” he said.

You can listen to our full interview with Gerard Butler and Christopher Renz on Appleor Spotify or here:

Antebellum is now available on demand.

In Woke, a Cartoonist Is Transformed by Police Brutality (Podcast)
Antebellum Creators Explain Why We Need Another Film About Slavery