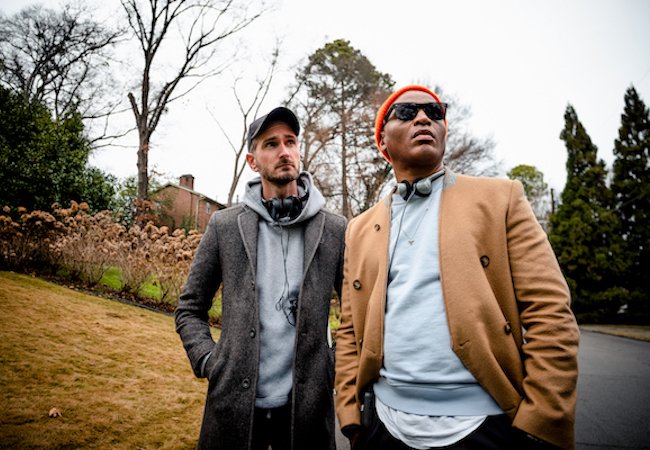 What does Antebellum, the new Janelle Monae horror film that combines real-life atrocities with a fictional narrative, add to Hollywood’s confounding record on films about slavery?

Gone With the Wind romanticized it. Django Unchained combined a brutal portrayal of real-life abuses with an over-the-top revenge narrative. Films like Roots and Twelve Years a Slave aimed for the correction and preservation of the historical record.

In the latest episode of the MovieMaker Interviews podcast, we asked Antebellum co-writers and directors Gerard Bush and Christopher Renz about what conversations they had before attempting another film dealing with slavery. On the one hand is the need to remind Americans of our shameful history. On the other is the desire to never see Black people depicted as slaves again.

“I am tired of pop-cultural artifacts that render Black people as merely Black bodies onto which the sins of this ragged country are violently mapped,” Angelica Jade Bastien wrote in her searing review of the film for Vulture. Chadwick Boseman’s agent, meanwhile, said the late actor once turned down a slavery role, saying, “We’re not going to keep perpetuating the stereotypes.”

Bush and Renz’s abbreviated answer follows, but you can listen to the full conversation on Apple or Spotify or here:

Bush says he and Renz land firmly on the side of making films that will remind Americans of our history. They quit luxury advertising jobs to make politically conscious films after the death of Trayvon Martin.

“Here’s the thing,” said Bush. “I’m not going to participate as a co-conspirator in the erasure of our own history. And I for one can completely understand where Chadwick Boseman was coming from. I hate to admit that I was incredibly uncomfortable with the idea of seeing Black people in bondage. Sitting through a slavery movie, even if it was Django Unchained, was so uncomfortable that… if I’m watching it at home, I’d have to watch it in doses. If that gives you a clear understanding of my discomfort initially with the idea of watching slavery.

But he said Antebellum is trying to reach an audience of film lovers who are also voters and citizens. He wants them to understand “how delicate the maintaining of a free democracy really is.”

“And we didn’t make this movie, and I don’t think that we’ve done anything, quite frankly, for entertainment sake. Yes, it’s crucial that we entertain thrillingly, but within that thrill, we hide the medicine of what we’re trying to say.”

He also said it’s essential that Black people, like Holocaust survivors and their ancestors, make sure the past is not forgotten.

“I liken it to our beautiful, wonderful Jewish community, and how they’re really careful to mind their narrative, and they understand that if you don’t continue to amplify the past and what happened, that before you know it, it is back at your front door again. And I think that that’s really important. I think that Black folk, by and large, we didn’t realize it, but we were actually — because we were so uncomfortable with it — we were participating in the erasure of that history. 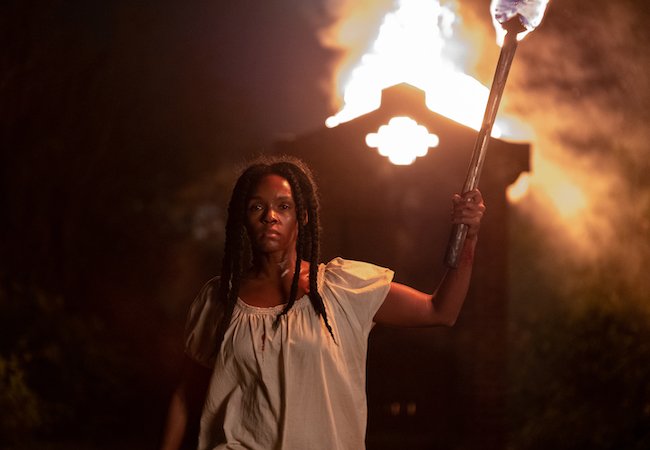 “And all you have to do is go back to the fact that the country was built on the backs of free labor and stolen bodies. And that reparations were never in place. As soon as Black folk would try to build our own communities, they would be torn down, redlined. History is chock-full of examples of how Black people have been systematically disenfranchised by a government that was designed for our failure and their success. And so it’s really important that we continue to tell those stories. … I hope that Antebellum will plant a seed in understanding that we have to remain really vigilant about our democracy.”

The Holocaust has many memorials, including Auschwitz, which includes many reminders that we can never allow it to happen again. The United States doesn’t have an equivalent, Renz notes. Some former Antebellum plantations are now tourist attractions.

“No one is throwing a wedding at Auschwitz,” he said. “But they seem to think it’s completely fine to throw a wedding at a plantation right next to cabins of enslaved people.”

Antebellum, written and directed by Gerard Bush and Christopher Renz, is now available on demand.

No, Antebellum Is Not a Rip-Off of Octavia Butler’s Kindred
Movie News: Schittty Emmys; Theater Troubles; the Promise of WandaVision