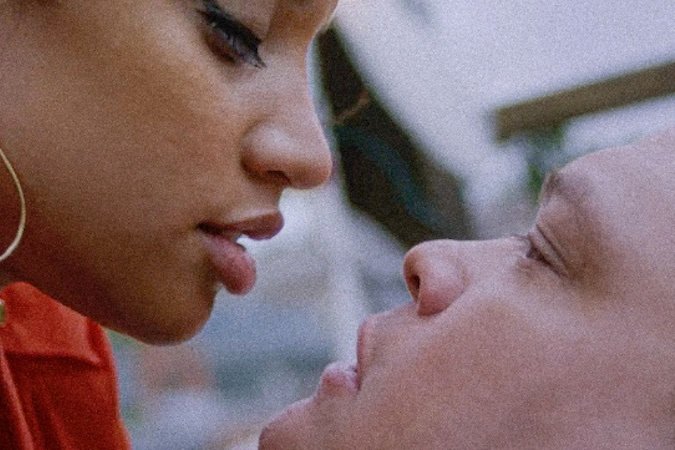 A captivating adventure into the world of our consciousness, a community’s struggle in the face of social inequality, an artistic exploration of indigenous perspectives, a depiction of an abusive relationship through the eyes of a child and an isolated man looking for connection: These are just a few of the stories highlighted at the NewFilmmakers Los Angeles (NFMLA) Film Festival which showcased international perspectives celebrating diversity, individuality and cultural identity through the eyes of emerging filmmakers.

The festival began with the screening of Playland USA, a captivating experimental documentary exploring U.S. culture through the eyes of a German filmmaker. This section was followed by InFocus: International Animation, a program screening films from China, Taiwan, Japan, Russia, France, Canada and the United Kingdom. These shorts celebrate visions that prove animation can be expressed in a wide range of styles, and to illustrate various stories from the most lighthearted to the most complex. The day continued with the screening of Brazilian feature film Pacarrete, the directorial debut of writer Allan Deberton. The festival concluded with the groundbreaking screening of iGilbert, the directorial debut of actor Adrian Martinez, who describes his film as “a future fairytale about being seen.”

Here is some info on the filmmakers and their films as well as their video interviews with NFMLA Board Chair, Danny De Lillo (Twitter/Instagram: @dannydelillo).

About Adrian: The road to Adrian’s directorial debut started with his work as an actor, working with the best directors in the industry, including Sydney Pollack, Sidney Lumet and Ben Stiller. While working on over one hundred film and TV sets, Adrian studied all his directors’ approaches, yearning to express his point of view of the world cinematically, until finally he has achieved the courage to write and direct himself.

About iGilbert: Gilbert Gonzalez feels isolated from the world. He is 39, a virgin, obese and lives with his sarcastic, overprotective mother, who owns a Manhattan brownstone. Fearful of life and people, yet starving for human connection, Gilberts sublimates by taking photos of women, building a digital connection to others. His tenant Jana is haunted by her own insecurities that inhibit her from standing up to her ex-boyfriend Tony. Three people reaching for true connection, becomes a dangerous love triangle in our digital and disconnected world.

Watch the NFMLA interview with Adrian Martinez, director of iGilbert:

About David: Originally from Austria, David is a graduate of St. Andrews University and New York University. He is a virtual artist, director and software developer who loves to engage in the creative chaos of new technologies. His work has appeared at Day For Night Festival, Tribeca Film Festival, The United Nations, and on Times Square in New York City.

About “Need For Speed”: Created entirely in game-engine Unity3D using virtual production and volumetric capture, Miyavi finds himself with video-game inspired superpowers and the need to break free of his lockdown-induced inanition, all while in a lifeless virtual world of ruins.

Watch the NFMLA interview with David Cihelna, director of “Need For Speed”:

“The Fourfold,” directed by Alisi Telengut

About Alisi: Alisi is a Canadian artist of Mongolian origin. Her works received multiple international awards and nominations, including the Best Short Film Award at Stockholm Film Festival and Best Animated Film at Mammoth Lakes Film Festival. Her work has been exhibited internationally at galleries and festivals, such as at Sundance, Slamdance, and the Canadian Embassy in Paris. Her recent work has been added to the permanent collection of Art Science Exhibits in Berlin, which is dedicated to work depicting positive action for the Earth’s recovery.

About “The Fourfold”: Based on the ancient animistic beliefs and shamanic rituals in Mongolia and Siberia, the film explores the indigenous worldview and wisdom. The film is set against the backdrop of the modern existential crisis and the human-induced rapid environmental change, where there is a necessity to reclaim the ideas of animism for planetary health and non-human materialities.

Watch the NFMLA interview with Alisi Telengut, director of “The Fourfold”:

About Benjamin: Benjamin is a graduate of the Academy of Media Arts in Cologne, Germany. His diploma film was shown at the International Short Film Festival Oberhausen and at the Curtas Vila do Conde IFF, among other festivals. He is interested in hybrid cinematic explorations and attributes his curiosity for experimentation to video installations and stage projections for dance and theater projects.

About Playland USA:  The documentary shows the “Land of Opportunity” above all as one of unlimited identity formation between pop culture and Christian faith. Reality and staging, dream and madness, the sacred and the banal enter a vortex into which the movie immerses itself and finally blurs the lines.

About Danski: Originally from China, Danski is an animator and artist based in Los Angeles. Specializing in 2D hand-drawn animation, interdisciplinary art, and alternative documentary, Danski uses animation as a means to investigate themes of gender, sexuality, cultural indoctrination, and body politics.

About “Umbilical”: An animated documentary exploring an abusive relationship from the point of view of a child in a boarding school in China. It explores the societal pressures on the mother to hide her abuse and her desire to protect her child ultimately creating a situation where they were both subjected to the same societal pressures.

Watch the NFMLA interview with Danski Tang, director of “Umbilical”:

“The Fire Next Time”, directed by Renaldho Pelle

About Renaldho: Renaldho is a director, animator and illustrator with a passion for creating films which combine a slick digital and tactile analog approach. He has animated for the Tate Britain and Epic games, and his work has been featured on The Guardian online.

About “The Fire Next Time”: Rioting spreads as social inequality causes tempers in a struggling community to flare, but the oppressive environment takes on a life of its own as the shadows of the housing estate close in. The film was produced at the National Film and Television School, it blends hand-painted character animation with stop motion sets.

Watch the NFMLA interview with Renaldho Pelle, director of “The Fire Next Time”:

“After a Storm,” directed by Ge Jing

About Ge: Ge graduated from University of the Arts London-Camberwell College of Arts, with an M.A. in Illustration. She finds her inspiration in the fact that art “is a fascinating and enchanting journey without a destination.”

About “After a Storm”: This is an exploratory animation film, combining sound, picture, and space transformation. The filmmaker designed three storms and nine scenes in this animation, representing the evolution of consciousness from birth to rebirth, as well as a brainstorm, full of thinking about the human world.

Watch the NFMLA interview with Ge Jing, director of “After a Storm”: