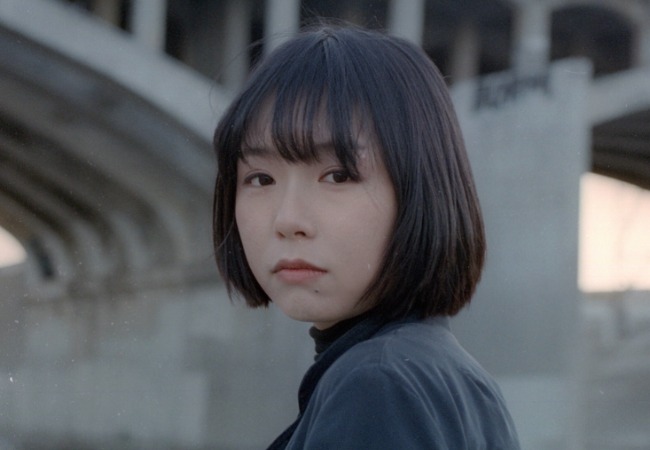 A trans man navigates his father’s attempt at support, two brothers reunite, and a lonely man considers  his place in a capitalist society in a few of the stories highlighted in a NewFilmmakers Los Angeles celebration of LGBTQ+ filmmakers.

Here is some information on the filmmakers and their films, as well as their video interviews with NFMLA Board Chair, Danny De Lillo (Twitter/Instagram: @dannydelillo).

About Samuel: Samuel is a film and documentary producer, and the founder of the new production company Animal Victory Entertainment. In 2020, he graduated from the University of Southern California with a Masters in film and TV production. He has also produced digital content for WIRED, GQ Magazine and Red Bull.

About “La Ruta”: A mother and her daughter meet a father and his son on the challenging and harsh trek to the U.S. border from Mexico known as La Ruta De La Muerte (The Route of Death).

“The House of Mariana y Gabriel,” directed by Hena Ashraf

About Hena: Hena is a writer-director who creates character-based multi-layered narratives, showing how the specific is universal. The London-born Los Angeles-based filmmaker focuses on stories about migrant life. She has an MFA in Film Directing from UCLA.

About “The House of Mariana y Gabriel”: Mariana and Gabriel, two Mexican-American siblings from Boyle Heights in East Los Angeles, are moving out of their family home. They must downsize and shed their family’s belongings as they relocate — while their father is held in an immigration detention center.

Watch the NFMLA interview with Hena Ashraf, director of “The House of Mariana y Gabriel”:

“In France Michelle is a Man’s Name,” directed and written by Em Weinstein

About Em: Em got their MFA at Yale School of Drama and has two award winning shorts that have played at festivals worldwide. Currently, Em is part of the AFI Directing Workshop for Women and is a staff writer for Amazon TV’s “A League of Their Own.”

About “In France Michelle is a Man’s Name”: Michael, a young trans man, returns home to the rural American West after years of estrangement from his parents. After an uneasy dinner, Michael joins his dad for a drive, which soon gives way to a chasm of misunderstanding. This film explores trans identity, masculinity, and the prices we’re willing to pay for acceptance.

Watch the NFMLA interview with Em Weinstein, director of “In France Michelle is a Man’s Name”:

“The Fans,” directed by Seva Galkin

About Seva: Seva Galkin is a Moscow-based filmmaker, producer and photographer. He has directed two short films, “Three Times About It” and “Heart Disease,” which have been shown internationally. “The Fans” explores the crisis of masculinity caused by “Russian Section 28.”

About “The Fans”: Nikolay and Ruslan roam the streets of Moscow, fraternize with skinheads and hang out in Nikolay’s apartment, decorated with Spartak FC insignia. Angered and confused, they unite in their desire to inflict a penalty on homosexuals. The film is based on a true story, and its brutal aesthetic is informed by research in court proceedings, social media, and street culture.

Watch the NFMLA interview with Seva Galkin, director of “The Fans”:

About Christopher: Christopher is an award-winning director and filmmaker from Arizona. He attended film school at Arizona State University, and now resides in Los Angeles directing music videos, short films, and web-series. He has been traveling for a high adventure docuseries, but loves spending time with his four cats when not filming.

About “Litany For Mister President”: Dom Copley becomes unhinged with grief and anger after the most precious thing in the world is taken from him… his beloved cat, Mister President. The man responsible for Mister President’s untimely death becomes aloof when it is time to repay his debt, unleashing a terror campaign by Dom.

Watch the NFMLA interview with Christopher Meyers, director of “Litany For Mister President”:

“Livin’ in the Light,” directed by Hannah Hefner & Onry Henreid

About Hannah: Hannah is a performance artist, filmmaker, and landscape architect from Arkansas who lives and works in Portland, Oregon. Her films use surrealism and saccharine symbols to playfully interpret the overwhelming intensity of feelings and abundant creative potential of a life lived queerly.

About Onry: Onry is an award-winning singer, dancer, actor, and pianist based in Portland who studied music in Ukraine and Moldova. He’s toured with Lyle Lovett, been a soloist with The Maui Chamber Orchestra and Oregon Symphony, and performed with American Repertory Theater and Portland Opera Company.

Watch the NFMLA interview with Hannah Hefner & Ornery Henreid, director of “Livin’ in the Light”:

“Hell No,” directed and written by Teddy Alexis Rodriguez

About Teddy: Teddy was born in Ponce, Puerto Rico and has a doctorate in Fine Arts in Theatre with an acting/directing focus. “Hell No,” his directorial debut, debuted in Peru’s Cuzco Underground Cinema International Festival and was nominated for the Best Latinx Drama Short Award.

About “Hell No”’: Roberto has had a successful career in the U.S., but worries about his younger brother Frankie, who recently got divorced. He visits Roberto to help him heal, although the brothers have not seen eye-to-eye in the last five years.

Watch the NFMLA interview with Teddy Alexis Rodriguez, director of “Hell No”:

“In Orbit,” directed by Katie McNeice

About Katie: Katie McNeice’s debut ‘In Orbit’ has received 50 awards internationally, including a Special Jury Mention at the Galway Film Fleadh and ZeBBie Nomination from the Writers Guild of Ireland.

About “In Orbit”: For the first time in forty years, Maura shares her life story in an interview with the Head Archivist of the Human Experience Records. Hers is the greatest mission of all time, you see, because what bigger challenge can there be than learning to love?

Watch the NFMLA interview with Katie McNeice, director of “In Orbit”:

“A Machine For Boredom,” directed by Marc Cartwright

About Marc: Marc is an American filmmaker based in Los Angeles who grew up in New York on Long Island’s East End. A graduate of NYU, Marc runs a successful photography business. With this experience, he founded the motion picture production company Glass Cabin Films.

About “A Machine For Boredom”: Isolation drives a man to rethink his position within a capitalistic society.

Watch the NFMLA interview with Marc Cartwright, director of “A Machine For Boredom”:

“Creatures in My House,” directed by Ilena Finocchi

About Ilena: As a celebrated multi-disciplinary artist, her sculptural work has been exhibited nationally. Additionally, Ilena has been an artist-in-residence at the Archie Bray Foundation and the McKnight Residency.

About “Creatures in My House”: This stop-motion animated short follows a house full of peculiar monsters waking up in an askew home. This quirky and tactile household is full of frenetic energy set off by the morning alarm.

Watch the NFMLA interview with Ilena Finocchi, director of “Creatures in My House”:

“ANA,” directed by Maria Mondragon and produced by Paulina Aguado

About Paulina: Paulina Aguado is a Mexican director and producer as well as member and co-founder of Zülar collective. Paulina believes in telling stories that inspire, provoke thought, and expect to find magic in every set.

About “ANA”: Three 12-year-old girls lead a coming-of-age story set in a summer camp. After a kiss, which seems like a playful act, Ana begins to discover an undeniable feeling of attraction for Carlota, her best friend. Julia, motivated by teenage envy, pressures Ana to confess her feelings.

Watch the NFMLA interview with Paulina Aguado, producer of “ANA”:

About Xinyi: Xinyi is a filmmaker and writer-director from Suzhou, China. She recently graduated with an MFA in film production from USC and holds a B.A. degree in psychology from UCLA. Her films mainly explore womanhood, identity issues, and interpersonal relationships.

About “Kindling”: Piper and Celeste, two best friends who grew up together, have now completely grown apart. Despite this, Piper comes around immediately when Celeste calls her about getting an abortion. On the road, the two learn to readjust to each otherʼs pace while dealing with this sensitive situation.

Watch the NFMLA interview with Xinyi Zhu, director of “Kindling”:

About Tristan: The longtime Los Angeles resident explores queerness through heightened visual imagery in work that taps into raw vulnerability and elements of high camp. His short films have premiered in Paper Magazine and screened at multiple festivals. Additionally, he is open to being asked out on lovely dates and otherwise accepting checks for large amounts.

About “Full Mood”: It is an intimate encounter that is as connected by human connection as it is with the romance of New York. It’s all within the context of the stunning song “Full Mood” by notable Australian artist Sarah Mary Chadwick.