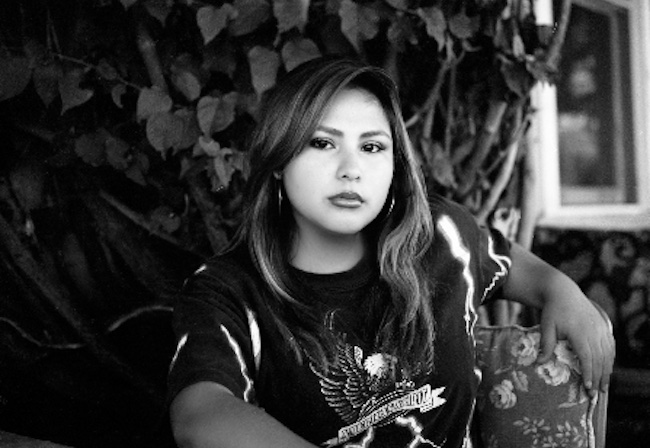 A recent NewFilmmakers Los Angeles event celebrated documentary filmmaking through stories about empowering a culture, forced isolation in a world begging to be explored, and trans women educating a younger generation.

NFMLA featured international features and short documentaries across six programs. Screenings began with Wild Honey, a feature that offers an intimate look at ethnic groups across Russia and the music that unites them. The festival continued with the world premiere of I Am Not A Wind-up Doll, director Air Moniri’s look at empowering girls in Iran.

A selection of thought-provoking short documentaries meditated on the contrast between confinement and expansiveness, and The Labyrinth of the Moons told stories of three Argentinian trans women working to educate and inspire a younger generation. The program continued with The Man of The Monkey, a strange journey into the uncanny world of those living in isolation in the Brazilian jungle.

NFMLA showcases films by filmmakers of all backgrounds throughout the year in addition to its special InFocus programming which celebrates diversity, inclusion, and region. All filmmakers are welcome and encouraged to submit their projects which will be considered for all upcoming NFMLA Festivals.

Here are interviews with the filmmakers.

“Closed Up,” directed by Julia Gorbach and Nathan Philips

About Julia: Julia Gorbach is a filmmaker, creator, and strategist. Her work blends creative strategy, emerging technology, and human stories for brands, makers and herself. She is currently the Director of Originals at THAT.

About Nathan: Nathan is a co-founder of THAT, award-winning writer, bestselling author and award-winning creative director for brands including Google, Intel, Chevy, JC Penney, Under Armour and Kraft, as well as Obama 2012 and the AFL-CIO. He has built robots, created VR experiences, developed products and devised entire campaigns.

About “Closed Up”: Twenty artists and experts try to connect as their hyperreal conference call becomes infected with a virus and takes over their cameras, leaving us all asking, “What happens next?”

Watch the NFMLA interview with Julia Gorbach and Nathan Philips, directors of “Closed Up”:

About Cora: Growing up, Cora always had a love for visual art, but it wasn’t until a documentary film class in high school that she developed a passion for film production. She graduated in 2019 from Oberlin College, where she majored in Cinema Studies with a double minor in East Asian Studies and Art History. It was through her classes that she discovered a love of paper animation and its ability to convey personal stories.

About “Grandma/Obāchan”: “My whole life I have always wondered who my grandmothers really were,” Hasegawa says. “Through conversations with my parents, I explore my grandmothers’ lives and the losses that affected my family and shaped my personal and cultural identity.”

Watch the NFMLA interview with Cora Hasegawa, director of “Grandma/Obāchan”:

About JLee: JLee MacKenzie is a filmmaker completing his MFA at USC Cinematic Arts on a George Lucas Scholarship. His films have screened at film festivals across the U.S., including the Santa Barbara International Film Festival, Cleveland International Film Festival, and on PBS. In 2018 he received the Vermont Symphony Orchestra Award and completed his film, “The Greatest Night,” which toured with the Vermont Symphony Orchestra, which performed the score live for their audiences.

About “The Greatest Night”: A collaboration between composer Matthew Evan Taylor and the Vermont Symphony Orchestra, this hybrid short doc tells the story of a young man’s journey from prison movie projectionist to filmmaker.

Watch the NFMLA interview with JLee MacKenzie, director of “The Greatest Night”:

About Gordon: Gordon Moore grew up fishing, hunting and surfing on Martha’s Vineyard. His work focuses on the artist’s relationship with nature’s enduring cycles. Son of a realist painter and pyromaniac potter, Gordon draws inspiration from family, local landscapes, and his studies in art history at Brown and animation at RISD.

About “Rain Pot”: Life in motion.

About Ava and Farhad: Ava Porter is a multi-disciplinary filmmaker, photographer, and installation artist. Farhad Akhmetov is an interdisciplinary digital media artist who works primarily in film, video, design and interactive media. Akhmetov and Porter have been collaborating since 2012 and formed Fifth Corner Collective in 2018. They have exhibited work nationally and internationally, and have been the recipients of the Fulbright Documentary Fellowship, the Bruce Gellar Memorial WORD Artist Prize, and the University of California Institute for Research in the Arts Grant.

About Wild Honey: A rare view of the ethnic groups of five regions across Russia: the Bashkirs of the Ural Mountains, the Cossacks of the Caucasus, the Molokans of the Southern Steppe, the Ashkenazim and Krymchaks of the Black Sea, and the Altaians of Central Siberia. While on the surface these groups appear to differ, varying in location, religion, and language, they are united through their connection to music.

The Man of the Monkey, directed by David Romberg

About David: David Romberg spent his childhood living in Brazil and Israel, and is currently based in Philadelphia and is an assistant professor at Muhlenberg College. He has been supported by the Tribeca Film Institute’s Latin American Media Arts Fund Heineken VOCES Grant and The Princess Grace Foundation Grant, and was selected to participate in the 2014 IFP Documentary Labs Program.

About The Man of the Monkey: Intrigued by the tale of a strange man living in isolation with a chimpanzee, filmmaker David Romberg travels to his childhood home in Ilha Grande, Brazil to find him, only to discover that the tale pales in comparison to what he uncovers.

Watch the NFMLA interview with David Romberg, director of The Man of the Monkey:

“Say You Will,” directed by Mariel Sosa

About Mariel: Mariel Sosa is a Peruvian director and photographer. She completed a Bachelor’s degree in Film Production and Art History at Loyola Marymount University in Los Angeles, California. Her experience as a woman in the industry has allowed her to dig deeper into portraying stories that encircle marginalized and underrepresented communities. “Say You Will” (2020) is her latest short film shot in California.

About “Say You Will”: Following his release from the juvenile hall at fourteen, Jeovany “Jeo” Salgado finds out he is subject to a gang injunction — a secretive law enforcement tool that will follow him for the rest of his life.

Watch the NFMLA interview with Mariel Sosa, director of “Say You Will”:

“Driven,” directed by Cody Wilson and Produced by Tiffany Gist

About Cody: Born and raised on a ranch in Oklahoma, Cody spent seven years working on multiple feature films. While teaching and competing in taekwondo, Cody received an opportunity to work as a documentary filmmaker for Team USA in the 2016 Olympics, where he fell in love with telling personal stories.

About Tiffany: Tiffany Gist is a seasoned artistic scholar and gifted storyteller both in front of and behind the camera. She has traveled the world serving the academic and professional creative communities everywhere from Russia to West Africa. She holds a  Bachelor of Arts in Theatre Arts from Alabama State University and a Master of Fine Arts in Acting and Graduate Certificate in African American Theatre from the University of Louisville.

About “Driven”: In a world of adrenaline and speed, a quadriplegic race car driver pushes to keep his dream of racing alive.

Watch the NFMLA interview with Cody Wilson and Tiffany Gist, director and producer of “Driven”:

Main image: Mariel Sosa, director of “Say You Will”