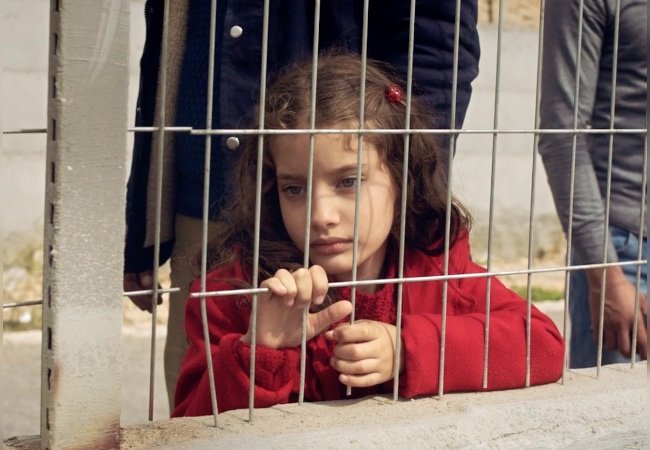 A husband trying to find his wife a gift in the West Bank, women protecting an infant from Nazis, and a woman who fears being deported to space are among the subjects of a recent NewFillmmakers LA and Academy of Motion Picture Arts and Sciences festival focused on Middle Eastern, Arab and Dutch cinema.

The film about the search for a gift, “The Present,” by Farah Nabulsi, is shortlisted for the Academy Awards for Best Live Action Short Film.

NewFilmmakers LA and the Academy of Motion Picture Arts and Sciences, with partners Dutch Culture USA and the Arab Film and Media Institute, hosted the InFocus: Middle Eastern, Arab and Dutch Cinema Film Festival in December.

In the Dutch Cinema program, filmmakers ruminated on how we ascertain peace amidst self-destruction and destruction of our surroundings. Arab Cinema followed this with a short-story form appraisal on political and social displacement, as well as the retention of identity, even at death. Ending the night, Middle Eastern Cinema closed with acts of bravery, whether in light of frustrated intimacy or exposed dignity.

Here are more details about the films, and interviews with the moviemakers.

“The Present,” directed by Farah Nabulsi

About Farah: Farah Nabulsi, is a Palestinian-British filmmaker whose film, “The Present,” is currently shortlisted for the Academy Awards for Best Live Action Short Film. She left the corporate world in 2016 to start working in the film industry as a writer and producer of short fiction films, exploring topics that matter to her.

About “The Present”: On his wedding anniversary, Yusef and his young daughter set out in the West Bank to buy his wife a gift. Between soldiers, segregated roads and checkpoints, how easy will it be to go shopping?

Watch the NFMLA interview with Farah Nabulsi, directors of “The Present”:

About Karina: Karina Dandashi is a Syrian-American Muslim writer and director living in Brooklyn, NY. She has worked for independent film companies such as A24 and Stay Gold Features. Her work focuses on women-driven stories that explore identity through the intersection of family, religion, and culture in Arab and Muslim American communities.

About “Barzakh”: Living in a dystopian future where the U.S. government is sending refugees and undocumented immigrants — “illegal aliens” — to a newly colonized Mars, a Syrian refugee spends the night at a disco and misses her deportation launch.

Watch the NFMLA interview with Karina Dandashi, director of “Barzakh”:

About Marc: Marc is an award-winning screenwriter and director who has made several projects. “Beautiful Alexander” is his latest.

About “Beautiful Alexander”: Seventeen-year-old Alexander is on holiday alone for the first time. Whilst he is searching for his own identity, the outside world confronts him with a figurative feeling of “imprisonment.”

“ALINA,” directed by Rami Kodeih and written by Nora Mariana

About Rami: Rami is an LA-based writer/director. His award-winning narrative shorts and documentaries have screened worldwide, including the Director’s Fortnight at the Cannes Film Festival, BFI, Aspen Shortfest, and Clermont-Ferrand International Short Film Festival. He is an alumnus of the Sundance Feature Film Program and Berlinale Talents.

About Nora: The daughter of immigrants, Nora was born and raised in Los Angeles and studied English and Creative Writing at Stanford University. She recently worked as a staff writer on the upcoming miniseries Angelyne and is currently a 2020 Fellow at the Jewish Film Institute, where she is developing a film project about an underground girl gang in Nazi-occupied Poland. Nora is an alumna of the Sundance Feature Film Program and previous finalist in the HBO Access Screenwriting Competition.

About “ALINA”: As Nazis separate children from their parents in the Warsaw Ghetto, a gang of women risks everything to smuggle their friend’s three-month-old baby to safety. Inspired by true events.

Watch the NFMLA interview with Rami Kodeih and Nora Mariana, director and writer of “ALINA”:

About “Manara”: Tragedy strikes when the Zayyad family loses its patriarch under mysterious circumstances, leaving the surviving members to fend for themselves within a judgmental community in Southern Lebanon.

Watch the NFMLA interview with Zayn Alexander, director of “Manara”:

About Alex: Alex El Dahdah is a Lebanese artist born and raised in Byblos. He completed a Bachelor of Arts in Television & Film at the Lebanese American University. He’s eager to express ideas of oppression and identity, themes that were reproduced in his first short film “AH.” Alex’s interest isn’t only limited to directing, as he also studied Performing Arts, which allowed him to experience dance, theater, and music through major productions.

About “ÃH”: Malek, a young man born into a Lebanese feudalist family, is living a secret love story with the man of his dreams. Facing fierce opposition from the matriarch landowner of the family, Malek strives to hold onto his own identity.

About Arjan: Arjan Brentjes started his career as a painter, and in 2008 he switched to moving images. Since 2010 he is dedicated to making short film, the last years mostly animation. Arjan often takes the viewer back to a visual style from the past, to look at our present, or future from there — thereby wittily commenting on the development of our technological society and the haughtiness of man.

About “Sad Beauty”: In a heavily polluted world, a young woman mourns the disappearance of animal species. When she falls ill due to a bacterial infection, nature appears to send her a message in her hallucinations.

About “Porfotto”: The three friends Em, Moreno and Kyon have raided a local money laundering practice in Rotterdam. They feel like kings and go home with a good feeling. In one night they find out that money is not enough to solve their problems.

Watch the NFMLA interview with Edson da Conceicao, director and writer of “Porfotto”:

About “Rosa”: Operating out of her aunt’s flower shop, Rosa has made it her side job to ship undocumented people’s bodies home for burial. To avoid any paperwork, red tape and also jail time, her operation is well-intentioned yet completely illegal.

Watch the NFMLA interview with Suha Araj, director of “Rosa”:

About Elinor: Elinor Nechemya was born in Jerusalem. Her 2020 short film “Our Hearts Beat Like war” premiered at the Toronto International Film Festival, as well as her 2017 short film “Everlasting MOM,” which also screened at the Locarno, Sarajevo, and Palm Springs film festivals. Director of six short films, Elinor is now working on her debut feature film “ISLAND.”

About “Follow Me”: It’s party night, and volunteering at a youth hotline is Omer’s typical excuse not to show up. When he finds out tonight may be his last chance with the girl he fancies, he decides to carry the call center into the night.

Watch the NFMLA interview with Elinor Nechemya, director of “Follow Me”:

About Erik and Joost: Erik and Joost usually serve as directors, creators and production supervisors of their studio.They have been working together since art academy, and after that they worked for one year in in Ireland at the “Cartoon Saloon” before they returned to the Netherlands to start their own company in 2007.

About “Ink”: In this ultrashort animated film, we follow an octopus who is a clean-up neat-freak. But sometimes, even though you have so many arms, you still cannot reach what you are aiming for.

About Malu: Malu Janssen is a director/screenwriter based in Amsterdam. She graduated from the Netherlands Film Academy with the film “Our Own,” about identical twin sisters on a spiritual retreat. Her short Stuff premiered at PalmSprings Shortfest 2020, won the award for Best International Short at SESIFF Seoul filmfestival, and was part of the official selection at Raindance 2020. Currently she is cowriting her first feature film The Dumped.

About “Stuff”: When there is a break-in in her home, interior buyer Helen is in shock. She secretly mourns for her lost belongings with which she had intimate relationships. With this theft, she discovers that she has lost a part of herself that is not easy to replace.

Watch the NFMLA interview with Malu Janssen, director of “Stuff”:

Main image, above: “The Present,” by Farah Nabulsi.