Murder Among the Mormons: How the Salamander Letter Challenged the Mormon Faith 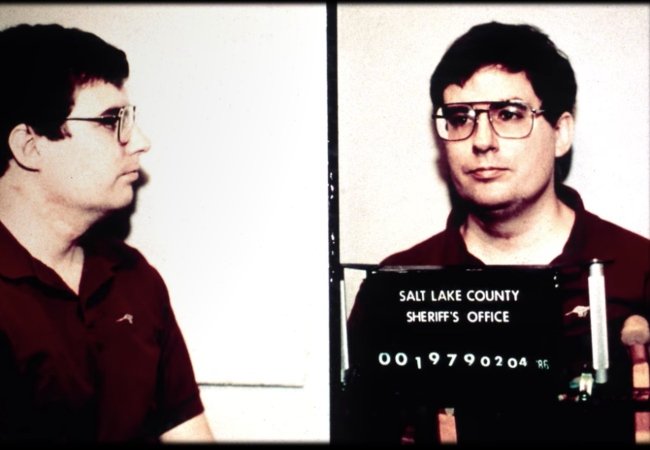 Spoiler warning: This post contains spoilers for Netflix’s Murder Among the Mormons.

Netflix’s newest true-crime docuseries, Murder Among the Mormons, tells the harrowing story of a series of bombings that killed two members of a Mormon community in Salt Lake City Utah in 1985 — and the mastermind behind them, fraudulent historical document dealer and convicted murderer Mark Hofmann. But to understand why he forged so many so-called historical Mormon documents, it helps to first understand his motives for creating the Salamander Letter.

In the early 1980s, hundreds of early Mormon documents were being dealt and collected within the faith. When Hofmann first claimed to have discovered the letter, he indicated it was written in 1830. He presented it as if it had been written by Martin Harris, an early convert to the Church of Jesus Christ of Latter-Day Saints, to one of the church’s early leaders, W. W. Phelps.

In fact, Hoffman had written the Salamander Letter himself.

For those who aren’t familiar with the faith, the Church of Jesus Christ of Latter-Day Saints — also known as the LDS Church or the Mormon Church — was founded by Joseph Smith in the 19th century during a period of religious revival called the Second Great Awakening. The church considers itself to be a restoration of the original church of Jesus Christ. It is headquartered in Salt Lake City, Utah, where Hofmann lived. 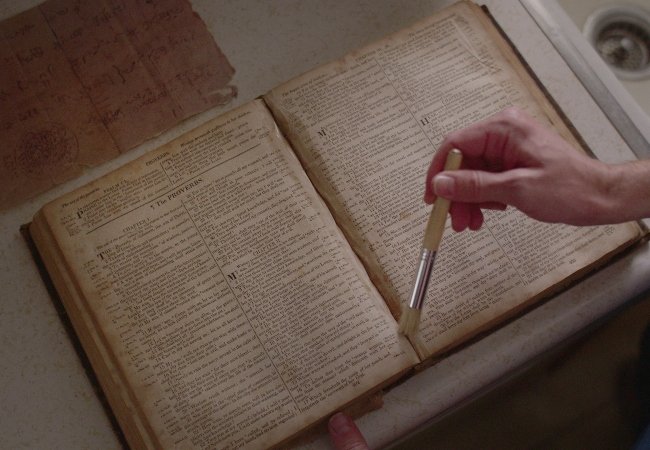 A simulation of document forgery pictured in Murder Among the Mormons, episode 3, courtesy of Netflix

The contents of the Salamander Letter, which is perhaps the most famous of the countless documents forged by Hofmann throughout his career, directly contradicted the church’s own story of the origins of the Book of Mormon. The church holds that its founder, Smith, was visited by an angel named Moroni, who told him the location of a set of buried golden plates. Smith is said to have translated the engravings on the golden plates into what became the Book of Mormon.

Hofmann’s Salamander Letter, however, presented an altered version of the origin story which, if true, had the potential to shake the Mormon faith to its core. The letter said that instead of the angel Moroni, a white salamander had appeared before Smith and then transformed into a spirit who struck him three times and refused to show him the plates without the presence of his brother, Alvin Smith. Alvin Smith was dead at the time, however, and the letter claims that Joseph then offered to bring his brother’s remains to the spirit. You can read the full text of the letter via The Los Angeles Times.

Though a salamander might seem harmless enough, the idea that it turned into an “old spirit” and that Joseph considered digging up his brother’s bones suggested that the Mormon church may have been founded on magic and the occult — an idea that went entirely against the church’s beliefs. According to Murder Among the Mormons, Hofmann got the idea for the Salamander Letter from a real 1833 affidavit written by Willard Chase. According to FairMormon.org — a self-described nonprofit “dedicated to providing well-documented answers to criticisms of LDS doctrine, belief and practice” — Chase asserted in the affidavit that he found Smith’s “seer stone,” which helped him locate buried treasure, and that the angel Moroni had actually appeared in the form of a toad.

The Salamander Letter was made public just before another forged letter ostensibly written by Joseph Smith to Josiah Stowell of Bainbridge, New York in 1825 was discovered, according to the Times story, from 1985. In the Smith-Stowell letter, Smith supposedly said, “You know the treasure must be guarded by some clever spirit, and if such (a spirit) is discovered, so also is the treasure.”

But the Smith-Stowell letter was also later found to be one of Hofmann’s forgeries, which he strategically planted before “discovering” the salamander letter in order to make it look more believable.

Brent Metcalfe, one of Hofmann’s former friends, revealed a tidbit in the docuseries about Hofmann’s personal life that sheds light on why he would create fake documents that would lead others to question to Mormon faith.

“I remember one night as his home, he told me he had become an atheist when he was 14 years old,” he said. “So all of the show with church things was purely a show. That was part of Mark’s game plan.”

Former Utah news anchor Ron Decker agreed, saying of Hofmann, “He could come up with plausible things that changed the history in ways that reflected badly on Mormon belief and that encouraged Mormons to leave their faith.”

Hofmann’s plan to shake up the church had some success before his forgeries were exposed. The Times noted in 1985 that “several prominent Mormon historians say that together the two letters establish Smith’s involvement in popular folk magic and ‘money digging’ during the 1820s, when the young prophet later said he was receiving heavenly revelations.”

“If we say that the white salamander letter emerged from the occult culture of Joseph Smith’s day, what about the origin of the church? Does the 1830 letter contain Joseph Smith’s original story of obtaining the gold plates?” an independent publisher of Mormon books, George D. Smith of San Francisco, asked the Times before the Salamander Letter was exposed as a fake.

Hofmann said in a taped interview that was played in the docuseries: “I wouldn’t go as far to say I wanted to change Mormon history. Let me take that back — uh, maybe I did.”

Murder Among the Mormons also revealed that Hofmann had actually been fooling experts with fake historical memorabilia — and hoodwinking his closest family and friends into believing he was a devout Mormon — since he was a teenager. According to interviews he later gave to investigators that were aired in the docuseries, the Salt Lake City bombings were his last desperate attempt to keep from getting caught and exposed as a fraud.

Steven Christensen, a Mormon document collector who had been negotiating with Hofmann to purchase a rare set of over 100 pages of early-Mormon letters called the McLellin Collection, had begun to suspect Hofmann of stringing him along. He was right — Hofmann didn’t have the real letters and had run out of time to forge them. To make matters worse, Hofmann’s lavish spending and shady dealings had left him an estimated $1.1 million in debt, and he could not afford to pay Christensen back for the nonexistent McLellin papers, according to the Deseret News.

On Oct. 15, 1985, just hours before the two were set to meet, Christensen was killed by a pipe bomb Hofmann had delivered to his office, disguised as a package.

Hofmann was so desperate not to be caught that he even attempted suicide by placing one of his home-made pipe bombs in his own car. The blast only injured him, and in the end, the paper trail left by materials he had purchased to make his forgeries caught up to him. He was arrested, pled guilty, and was convicted of murder, theft by deception, and fraud on Jan 7, 1987. He was sentenced to life in prison, where he remains to this day.

Hofmann declined to be interviewed for Murder Among the Mormons. For a list of all of his known forgeries, visit fairmormon.org.