We Have Mucho Mucho Amor for Walter Mercado, Despite Some Reservations (Podcast) 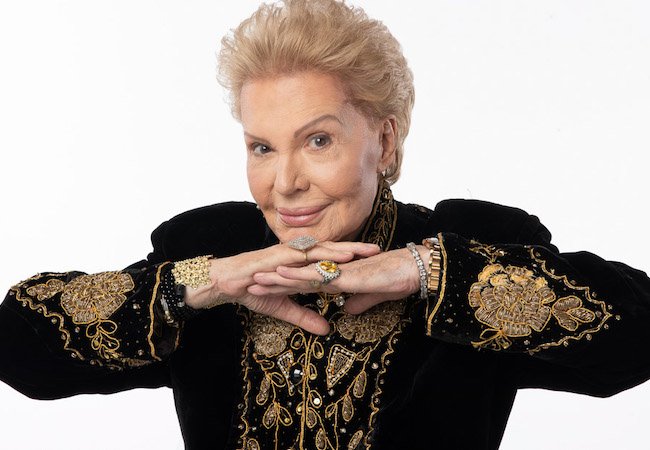 Walter Mercado, the TV astrologer at the center of Mucho Mucho Amor, is asked about 40 minutes into the documentary why he mixes so many different religions as he dispenses his fortunes to the masses. “No one has a monopoly on God,” he replies, sitting on what appears to be a throne. “It’s ridiculous to think so.”

I spent about 24 hours admiring what a slick bit of hucksterism his answer was: It deftly dismissed the idea that he was just slapping together a bunch of different belief systems in order to make money from people desperate for advice.

But then it dawned on me: I believe exactly what Walter Mercado believes.

Netflix’s excellent Mucho Mucho Amor: The Legend of Walter Mercado, is filled with such twists and surprises, and we talk about them all in the latest Low Key Podcast, which can listen to on Apple or Spotify or right here:

Every week on Low Key, Aaron Lanton (in Tennessee), Keith Dennie (in Texas) and me (in Massachusetts, at the moment) watch a different film or TV show and examine it through the lenses of race, gender, politics and religion, looking for subtleties that others may have missed. We don’t have “takes,” we have discussions. And sometimes — brace yourself — we change each others’ minds.

Mucho Mucho Amor is a documentary we could have watched a dozen times, finding new sources of fascination with each viewing. Walter Mercado rose from humble beginnings to become a sequin-caped inspiration to millions, in his native Puerto Rico and beyond.

With his distinctive look, aura of mystery — especially about his sexuality — and ability to blend many religious beliefs into a medley of optimism, he gave hope to the hopeless — until an ugly legal dispute yanked him from the air and cost him control of his own carefully cultivated image.

Directors Cristina Costantini and Kareem Tabsch do an admirable job of recording Mercado’s side of things, while also tactfully pointing out inconsistencies and concerning aspects of his career — specifically his psychic phone line.

In this episode of Low Key, we discuss Walter Mercado and how Mucho Mucho Amor presents him — and re-evaluate some of our beliefs along the way.

Here are highlights of the episode, with time stamps:

5:45: “Celebrities nowadays are derivatives of celebrities back in the day.”

5:50: How Walter Mercado was like Michael Jackson and Prince

7:50: How is Walter Mercado different from a televangelist?

10:00: Let’s talk about Walter Mercado and his manager’s relationship

12:40: “What’s the difference between a Walter Mercado and a Tony Robbins?”

15:00: Tim has the same religious beliefs as Walter Mercado: “No one has a monopoly on God”

24:00: A Billy Dee Williams story (and here’s the background on the gender-fluid story)

31:50: “Netflix, again, coming through on the diversity point before it was fucking cool. … They’ve been on this train.”

36:00: “I have an appreciation for any man that dresses up like a wizard”

Mucho Mucho Amor: The Legend of Walter Mercado is now streaming on Netflix. Main photo by Giovan Cordero, courtesy of the Sundance Institute. The film premiered at Sundance.

Blood Circus: Where Wrestling, Rock and Fake Gold Collide (Podcast)
Dan Stevens and Sheila Vand on the Thrills of Devolving Into ‘Just Complete Chaos’ in The Rental (Podcast)