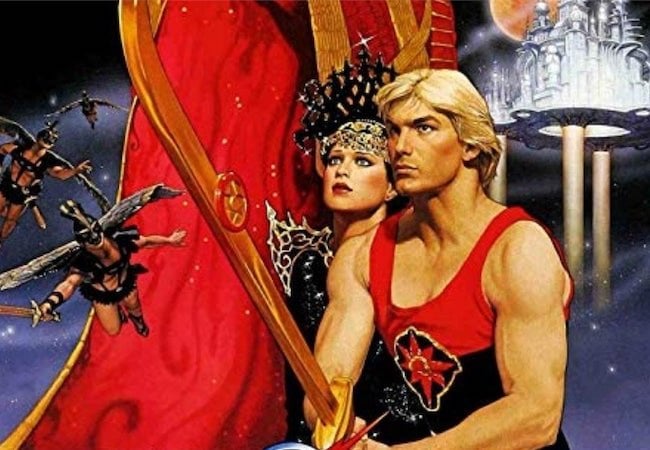 In today’s Movie News Rundown: The state of in-person film festivals around the globe; we talked with the Russo Brothers about the 1980 cult film Flash Gordon; a new letter calls out cancel culture; and a lawsuit cites churches to demand movie theaters reopen.

Physical Film Festivals: Deadline checked in with 17 major film festivals around the globe and found that many are going forward with physical, in-person events, albeit with modifications.

The Russo Brothers, Cleveland and Flash Gordon: Joe and Anthony Russo say that when they were going up in Cleveland, the 1980 sci-fi film Flash Gordon provided escapism from the city’s bleak financial struggles. Flash Gordon made such a big impression that it informed their films Avengers: Infinity War and Avengers: Endgame, the biggest movie of all time. You can listen to our interview with them on Apple or Spotify or here:

Churches=Movie Theaters?: You know how you have that one friend who’s like, “Movie theaters are my church”? What? You are that friend? Okay, you’ll appreciate this: AMC, Cinemark and Regal are suing the state of New Jersey, saying that because it has reopened churches, it needs to reopen movie theaters, too. They aren’t arguing that movies are a religion, but rather that theaters are, if anything, less risky than church services. You can read the full complaint here. Shoutout to my wonderful parents in New Jersey who are 100 percent not going to a theater no matter how this lawsuit turns out.

Open Debate: More than 150 public figures – notably few of whom have Hollywood connections — signed a letter that will appear in the upcoming Harper’s Magazine in which they condemn cancel culture and efforts to silence unpopular views. It reads, in part: “The free exchange of information and ideas, the lifeblood of a liberal society, is daily becoming more constricted. While we have come to expect this on the radical right, censoriousness is also spreading more widely in our culture: an intolerance of opposing views, a vogue for public shaming and ostracism, and the tendency to dissolve complex policy issues in a blinding moral certainty.” The signatories include several authors whose works were made into films, including Salman Rushdie, Margaret Atwood, J.K. Rowling and Jeffrey Eugenides.

From Sky Captain to Captain Hook: Jude Law is in talks to play Peter Pan’s nemesis, Captain Hook, in a live-action David Lowery’s live-action Peter Pan & Wendy, Variety reports. Cool, but when do we get a biopic about Peter Hook?