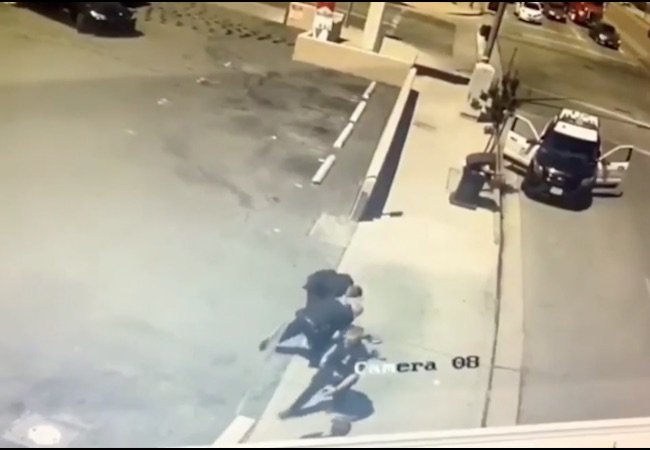 ‘Google Right Now Jay Pharoah… You Will See That You Made a Big Mistake’: SNL impersonator Jay Pharoah released video from April in which LAPD officers stopped him while jogging – and one officer put a knee on his neck – because he “fit a description.” Pharoah advised the officers to Google—and uncuff him. What happens to everyone who “fits a description” who isn’t a TV or movie star? Pharoah’s screen credits include How to Fake a War.

Proud to have collabed w/ so many influencers on this one, @theonlycarey thank you for allowing me to express my situation w/ temperance. #blacklivesmatter #BlackFilter #jaypharoah #blackandproud

The Modern Ocean: Two weeks after Upstream Color director Shane Carruth surprise-released a conceptual trailer for his never-made film A Topiary, he released another conceptual trailer and complete script for another unreleased film, The Modern Ocean. Carruth said on Twitter that Keanu Reeves, Daniel Radcliffe and Chloe Grace-Moretz were among those once attached, and that he also “Skyped with Irfan Khan,” about playing the captain of the ship in the story, the Torc Eleanor. But no, let’s remake Justice League instead.

$120 Million for HBCUs: Netflix CEO Reed Hastings and his wife, Patty Quillin, announced they will give $120 million to support scholarships at historically black colleges and universities, splitting the money among Morehouse College, Spelman College and the United Negro College Fund.

Theater Reopening Plans: First, the bad news: Regal Cinemas has found a way to deny you a free refill on your large popcorn. Now the good news: It’s one of the ways the chain will minimize the spread of COVID-19 when its theaters begin re-opening July 10. See also: foggers, contactless payment, and reduced capacity for theaters. Cinemark also released a video showing some of the steps it will take. If you’re an antisocial jerk like me who never loved crowds to begin with, movies theaters are about to feel like heaven on earth.

Six Degrees of Kevin Bacon Horror Movies: Bacon talked to EW about his history of horror, going all the way back to Friday the 13th, in honor of his new film You Should Have Left. He’s made exactly six of them.

Contest Update: No one has figured out all the cult movies in the video we posted yesterday. So here again is how to win a free subscription to MovieMaker Magazine. Subscribe to The Industry podcast on Apple or Spotify, [Strong hint]check out the episodes,[/Strong hint] and then email me at Tim.Molloy@MovieMaker with the names of the films and TV shows in the video below. The first three people to get them right will win.