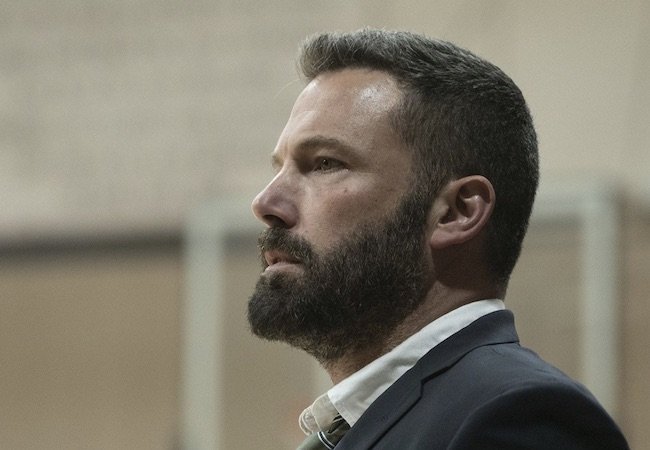 Welcome to our Movie News Roundup, where we’ll get to the point: Californians are told to stay home, writers are persevering, and we’ll soon get to see that new Ben Affleck movie we’ve been excited about. Also: Spike Lee talks Cannes, and Paul Scheer is spreading online cheer.

Californians Told to Stay Home: The state at the heart of the entertainment industry is on lockdown, after Gov. Gavin Newsom told everyone to stay home except for essential reasons like getting groceries, prescriptions and health care, as well as commuting to essential jobs. He also said he would deploy about 500 National Guard personnel to help with humanitarian work and food distribution.

“We’re going to keep the grocery stores open,” he said. “We’re going to make sure that you’re getting critical medical supplies. You can still take your kids outside, practicing common sense and social distancing. You can still walk your dog, you can still pick up food at one of our distribution centers, at a restaurant, at a drive-thru — all those things we will still be able to do.”

Paul Scheer Makes Us Laugh: Now’s the time to finally get into podcasts. Last night I recorded a funny (I think) podcast with Paul Scheer, of The League and Black Monday, about how he’s continuing to keep people entertained while on lockdown. He hosts two podcasts—How Did This Get Made, about bad moves, and Unspooled, about great movies—and he and Unspooled co-host Amy Nicholson are doing a live online episode Monday. All the details are in the link.

Way Early: The Ben Affleck basketball redemption drama The Way Back, which suffered at the box office after opening the weekend coronavirus fears started to take hold nationally, is the latest film to get an early video-on-demand release. It will be available March 24, the same day as Birds of Prey, which is also coming out VOD early. EW has a helpful rundown of when everything is out.

Spike Lee Agrees: Soon after the announcement that Cannes will be delayed, Lee, president of the Cannes jury, said festival director Thierry Fremaux had Done the Right Thing. (We’re sorry, it was so easy.) “The world has changed and it’s changing every day,” Lee exclusively told Variety. “People are dying and France’s president has said, several times — I’m paraphrasing — ‘We are at war.’ We are in a war-like time.”

Zoom Boom for Writer’s Rooms: The Hollywood Reporter has a very cool story on how TV writer’s rooms are still working, thanks to video conferencing apps like Zoom. But how will they stress-eat that danish they promised themselves they wouldn’t?

Today’s Cute Story: We only do one cute story a day at this hard-hitting, just-the-facts movie news roundup, so listen here now. Ready? Deadline says actor Jake Johnson, voice of Peter B. Parker in Spider-Man: Into the Spider-Verse, is offering families stuck at home a free voice message from Spider-Man. Gotta give it to ya, Jake: Very cute.

Cannes Delayed: “Due to the health crisis and the development of the French and international situation, the Festival de Cannes will no longer be able to take place on the dates planned, from May 12 to 23,” the festival announced. It is exploring dates at the end of June or later.

Theater Owners Turn to Congress: Since theaters are pretty much all dark, the National Association of Theater Owners is asking Congress for emergency relief, The Hollywood Reporter says. You know what that means: Congress will finally demand answers from these people about the difference between Red Vines and Twizzlers.

Theater Stocks Pop: Well this is interesting: Deadline notes that stocks for IMAX, Cinemark and Cinemedia all opened higher this morning, a response to that request for aid, and also perhaps to the news that theaters in China may reopen by the end of next month. (A few Chinese theaters have already reopened, Variety reports.) Other entertainment stocks are up, too. Of course these gains come after major losses, but it’s a potential reason for hope.

Chinese Theaters Did What? I was also surprised to read that some theaters in China have already reopened. As much as I’d love to go out to a movie again, no one here in the U.S. should be advocating for an end to social distancing until we see its positive impact take effect. China says it hit a milestone Thursday by reporting no new local infections for the first time since the coronavirus crisis began three months ago. Big grain of salt here: China’s government isn’t known for openness and honesty about coronavirus. (Both of those links go to the New York Times, which is letting everyone read its excellent coronavirus coverage for free.)

Save Cinema: Baby Driver director Edgar Wright wrote a charming piece for Empire about how we can help indie movie theaters get through this. Key passage: “Consider, if you can afford to, not asking for your unlimited subscription to be refunded. Yes, you may not be able to go back in the coming months, but you’ll feel better for having helped now than if you later found your local church of cinema had been forced to close for good.” (It’s a great way to spend that money you don’t have to give the New York Times.)

Paul Scheer Knows Watching Movies and Talking Will Help Us Get Through This (Podcast)
The Hunt Review: Cancellation Proves Its Biggest Point